What an $11,000 TFSA limit means for your retirement - CARP
Join Donate Sign In 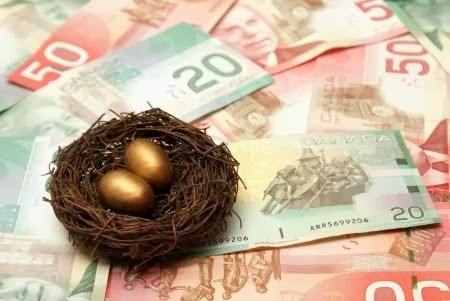 Editor’s Note: The Globe and Mail  is reporting that Joe Oliver has hinted that a doubling of the TFSA contribution room might be included in the April 21st, 2015 federal budget.   CARP has Finance Minister Joe Oliver’s official response to the story – is it true?

A lifetime’s worth of financial planning would be affected if the annual contribution limit for tax-free savings accounts is doubled.

Finance Minister Joe Oliver is strongly suggesting that the federal budget coming April 21 will deliver on a promise the federal Conservatives made in the last election campaign to double the annual contribution limit on TFSAs, currently at $5,500. “Canadians know that we stick to our commitments,” Mr. Oliver said in a letter to Conservative MPs dated Tuesday. “I will present a balanced budget that will make life more affordable for Canadians.”

This article was published by the Globe and Mail on April 8th, 2014.  To see this article and other related articles on their website, please click here

There were already about 13 million TFSA accounts in Canada with a combined value of $131.5-billion as of June of last year.

To sum up the wide-ranging impact on financial planning, doubling the TFSA limit makes these accounts doubly useful for everyone from young adults saving for a home to retirees.

Here are three situations where a higher limit will have an effect:

Kurt Rosentreter, a financial adviser and chartered accountant offers this rule for TFSAs and retirement: “The bigger the contribution room, the more you’re pushed toward tax-free savings accounts before RRSPs.”

He offers two examples of how a higher TFSA limit would affect retirement saving, one involving young adults in their 20s and early 30s. TFSAs have always made sense for this group because they’re typically in a low tax bracket and won’t get much of a tax deduction for making a contribution to a registered retirement savings plan. In fact, they could end up paying more tax on RRSP withdrawals in retirement than they received in tax deductions when making RRSP contributions.

A higher TFSA limit would mean young adults don’t need to look to RRSPs if they have more than $5,500 a year to save for retirement. Mr. Rosentreter said that bigger TFSAs also give some flexibility to young savers – they can use their accounts for retirement, to pay for further education or for a house down payment.

He said the higher limit is also relevant to people aged 50 and higher who look ahead to retirement and worry that having big RRSPs will leave them in a high tax bracket and result in a clawback of some or all of their Old Age Security payments. Savings held in a TFSA can be withdrawn tax-free and don’t affect eligibility for OAS or the guaranteed income supplement.

Gordon Pape, author of Tax Free Savings Accounts: How TFSAs Can Make You Rich, said the higher limit would make TFSAs particularly attractive to teachers, police and public servants who plan to keep earning income while collecting retirement benefits. Again, TFSA withdrawals would not push them into a higher tax bracket.

RRSPs have to be converted to registered retirement income funds by the end of the year in which you turn 71, and that means a future of making mandatory minimum RRIF withdrawals each year. Some seniors find themselves having to pull more money out of their RRIFs than they need.

“It’s frustrating to people who have RRIFs to be taking money out and paying tax on it when they don’t need it all,” said Rona Birenbaum, a financial planner with Caring for Clients. “A higher TFSA limit takes a bit of the pain away by allowing more money to go into a tax-sheltered account.”

Mr. Pape said the higher limit will provide a tax shelter not only for RRIF withdrawals, but also for non-registered savings accumulated by seniors. “TFSAs only came into effect in 2009, so older people haven’t had many years to contribute to them.”

3. Saving for a house

TFSAs are an ideal vehicle for building a house down payment, but the $5,500 annual cap on contributions works against aggressive savers who can afford to put away more than that amount every year. With a higher annual limit, TFSAs would likely be able to contain all an aspiring home buyer’s savings.

A popular way to come up with a down payment is to use the federal Home Buyers’ Plan, which allows people to make a tax-free withdrawal of up to $25,000 from an RRSP for a house purchase. The case for using an RRSP to save for a down payment is, first, that there may be higher annual contribution limits and, second, that you can get an extra savings boost by plowing the tax refund you get from your RRSP contribution back into the plan.

One reason to prefer the TFSA is that you reserve your retirement savings for their intended purpose – retirement. “Now you can leave your RRSP alone and stop robbing it,” Mr. Rosentreter said. Another reason is that you avoid the strict repayment rules of the HBP. The default repayment schedule is one-fifteenth of the withdrawn amount for 15 years.

The idea of a higher TFSA contribution limit has been criticized on the basis that it would cost the government too much foregone tax revenue in the years ahead and mainly benefit people with high incomes. “I don’t really see it as a move for the affluent,” Mr. Rosentreter said. “I can see applicability where everyone wins here.” 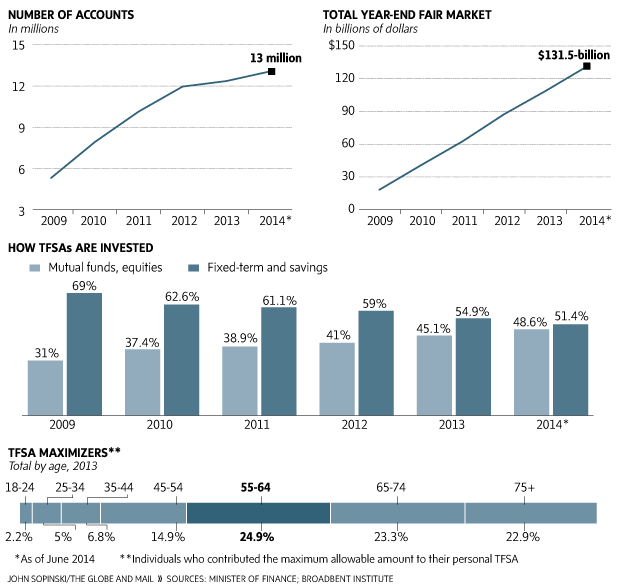