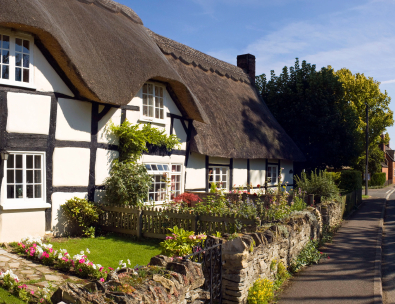 This article is published by York Region.com on May 14, 2015.  Click here to read the article.

What will you do when you grow up?

Funny how we used to love that question when we were younger — how it gave us licence to dream about our future — but few want to contemplate the flipside: What will you do when you grow old?

Who wants to dream about rocking chairs and nursing homes?

As a dramatic increase in the number of senior citizens looms large on the horizon, though, more older adults are embracing the future with gusto — and creativity. Whether it’s a home that’s been divided among friends, a room in a college dorm or a church or school that has been repurposed, radical retirees may be coming to a town near you.

Beth Komito-Gottlieb thinks it is not so much radical, as retro.

“It’s a return to living more communally,” says the Thornhill resident who is working with several other women to create an alternative home for seniors, inspired by an innovative French model called Baba Yaga where residents share common interests and mutual support. “In agricultural societies of the past … We shared and helped each other. It’s almost a move back to that way of life.”

Komito-Gottlieb is one of a growing number of baby boomers setting out to re-invent retirement.

Experts say we have no choice; attitudes are changing and so are fiscal realities. In previous generations, as you moved past your child-rearing years, you were likely cared for in your family’s home. As families spread apart, options were limited to retirement homes if you could afford it and, when your health gave out, a long-term care facility.

But the large number of aging baby boomers puts that trajectory into question. Not only will they live longer than their parents, this generation of seniors will have fewer children to care for them.

Matching supply and demand will be a major challenge — and there won’t be a single one-size-fits-all solution, says Sean McCrorie, director in CBRE’s Seniors Housing and Healthcare Group. The Demand Institute predicts baby boomers won’t “stick to the script”, opting instead to “age in place” in homes they’ve owned for a decade or more.

There is some doubt as to whether that’s a practical choice as many homes and neighbourhoods are not age-friendly or community-connected — and isolation runs a higher risk of health problems, according to the Canadian Association of Retired Persons (CARP). The amount of debt boomers are carrying also makes the future troubling.

For many seniors, their house is their nest egg, Lebo says, meaning “their money is buried in brick”. Besides, if you sell, where do you go?

“What troubles me about these retirement homes is most have rules about how independent you have to be,” says Susan Eng, CARP advocacy vice-president. “When you need to be looked after most, that’s when they kick you out.”

And what if you want to garden? Own pets? The idea of institutional living doesn’t sit well with boomers determined to take responsibility now, in anticipation of the time when they can no longer live independently.

Komito-Gottlieb has no intention of spending those days looking out the window from her rocking chair.

The suburbs was a great place to raise a family, she says, but now, at 59, it’s not right for her.

“No disrespect to Thornhill. It was a lovely place to be, an island in a crazy world, but not everyone’s able to afford to live like this,” she says. “And things happen — especially over 55 — hip replacement, divorce, layoffs … Society has this habit of living very isolated, separated in our own homes, driving our own cars. That’s expensive. And unsustainable. Not very people-friendly.”

Komito-Gottlieb is the interim chair of Toronto’s Baba Yaga Place steering committee that hopes to create a home based on a model originated in France, where key decisions are made by residents and there is a commitment to feminist equity, autonomy, support, community engagement and sustainability.

Where they will live is not yet decided, but it will be close to amenities and public transit, she says, and could be converted space in surplus schools or churches, or floors set aside within condominium developments. A gym, day care, or restaurant could provide residents’ jobs and connections.

“It will make it a vibrant part of the community and capitalize on elders as people with wisdom to share and, hopefully, time.”

Ellen Mole and her friends are still in the “what if” stage, but they, too, are thinking outside the retirement home box.

The Aurora resident has been discussing the idea with several friends, all lawyers, to sell their homes and buy a six-plex to live out their golden years.

“There are four of us and we’d each get one apartment, with another unit set aside for a caretaker who can help with property maintenance and assist with errands, maybe in exchange for rent. The sixth unit would be for guests and grown kids to visit overnight.”

Most are in their late 50s and not ready to retire yet.

“The big question is, when do you pull the trigger on this? Most of us want to stay as long as we can in our homes, but if you wait too long, there could be problems with executing this project because we could be needing a higher level of care.”

Sometimes, it’s watching your parent grow older that inspires change — which is what prompted Shelley Raymond to create Solterra Co-housing. Raymond was desperate to find an alternative for her aging father in Muskoka. When she heard about co-housing models in Denmark and the UK, she found her answer. A Bracebridge man was willing to sell rooms in his large home to other seniors, and her father moved in.

“It gave him community and support, financially and emotionally maintained his independence, so he felt he had not lost anything.” Now, nominated for several awards, her Solterra company develops co-housing across the province.

Inspired by Raymond’s success, Gwen Kavanaugh is edging closer to a new model of co-housing in Barrie. The financial adviser had been disturbed to see her senior clients languishing in facilities that were sub-par or in residences that felt more like hotels than homes. One shy, elderly man, far outnumbered by women in his residence, spent his days sleeping.

“I’d come to see him and his face would light up. It broke my heart.”

Kavanaugh believes smaller, family-like homes may be a better option, and she has launched a senior housing committee through CARP to create a six-unit, shared management home.

Molly Malcom, a vibrant 80-something, has signed on after seeing “shocking” flyers advertising local retirement homes at “only $2,999 a month”.

“’Only’— can you believe it?” she shakes her head. “I’ve never lived in a home that looks like a hotel. And I really don’t want to sit down every day in a dining room where I’m one in 200 people.

“I believe in trying to choose while I still can choose myself … So, that as my infirmities increase, the supports are there.”

Another idea that’s catching on is pairing youth with seniors.

Home Share, in St. John’s, Newfoundland, has found it’s a win-win solution for post-secondary students and older homeowners. Household responsibilities are shared or the student exchanges services for reduced rent and both benefit from companionship, safety and shared costs.

The Richmond Hill Housing and Community Hub, a mixed-income housing project being built on Yonge Street, also aims to capitalize on intergenerational living. The initiative, led by York Region, will have 202 units with about 35 per cent seniors along with a youth drop-in and emergency transitional housing for youth run by 360 Kids. A large number of seniors already volunteer and Candace Marston, York’s manager of development services, anticipates more will pitch in, sharing life skills while benefiting from youthful lessons in computers or help with heavy lifting.

“We’re trying to create a community with a cross-section of society, all demographics and ages included,” Marston says. “Any vibrant community has a balance.”

The growing need for seniors housing is a key issue for the Canadian Association of Retired Persons.
The Barrie chapter is compiling a registry which chapter president Gwen Kavanagh hopes will grow across Ontario and eventually Canada, drawing together interested parties organized by postal code. The chapter is also planning to rebuild or build a home with four to six units and common area with senior-friendly architecture, smart technology in each unit to monitor for falls and send reminders for medication or appointments.  A “House Mom”, police-checked and CPP-trained, will assist and hours of assistance could increase commensurate with residents’ needs.
Visit barriecarp.org/seniors-housing-barrie-carp-chapter-advocacy-project/ to learn more.
—
Other members of CARP are exploring more ideas. Adina Lebo, chair of the Toronto chapter, says her condominium in the Manulife Centre at Bay and Bloor is an example of an urban approach to aging. Rather than segregated senior “silos”, the downtown location is a hive of activity with access to endless amenities underground, allowing residents to stay connected year-round.
“I can go to the opera in sandals when it’s 24 degrees below zero in winter,” she says.
Developers are considering similar ideas in other locations, she says, with condo towers attached to shopping areas such as Vaughan Mills and Yorkdale.
Other developers in York Region have incorporated amenities in new homes such as open space that could accommodate an elevator shaft to enable young families to remain in their communities as they age, says Stewart Nam, chairperson of the North York chapter.
Nam also suggests “Uber for seniors housing” could provide a way for seniors to network and find others interested in home-sharing.
“Creating a Uber wouldn’t cost the government a dime – just setting up the program,” he says. “But as creative as all these ideas are, we can’t do this on our own. We need support from government.”