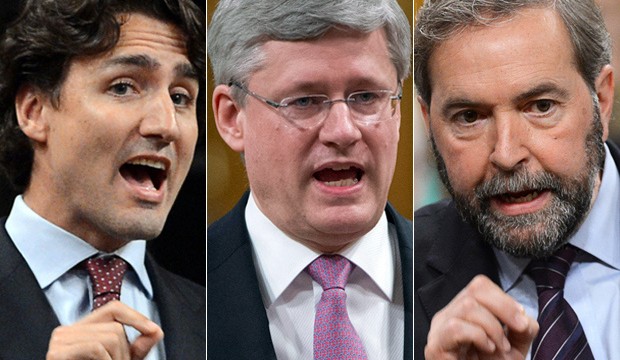 New life has been breathed into Conservative MP Michael Chong’s attempt to reform the House of Commons.

For a time, it seemed his bill, designed to limit a party leader’s hold over his MPs, was destined to die of neglect in the Senate. Perhaps that was oddly appropriate. The upper chamber had let the Reform Act sit on the shelf so that it appeared it would die when the Senate broke for summer and then an election.

Now, prodded by complaints from the public in e-mails and telephone messages, the Senate’s rules committee is planning hearings on the bill next week. That puts the legislative process in motion again and suggests senators might pass the bill in the five remaining weeks of the spring session.

This article was published by The Globe and Mail on May 21st, 2015.  To see this article and other related articles on their website, please click here

Mr. Chong, who will testify at the hearings next Tuesday, has a blunt message for senators: this bill is about reforming the Commons, so unelected senators should keep their noses out of it and pass it. He even argues that not passing it would create a constitutional clash.

“If the Senate doesn’t pass the bill, it will not only diminish the reputation of the Senate, I think it will create a crisis,” he said.

Old-fashioned public pressure seems to be nudging the bill forward, as senators have been getting an earful from Canadians. “Mr. Chong has done an absolutely superb job of mobilizing public opinion,” said Liberal Senate caucus critic Joan Fraser.

Senators on both sides of the House have qualms. And while the bill passed in the Commons and Prime Minister Stephen Harper and his cabinet voted for it, there have been whispers the PMO wanted it to die quietly.

Mr. Chong says he takes the Prime Minister at his word, and Ms. Fraser said she does not think the fix is in. But senators moved slowly: the first Senate reading was in February, and it has moved at a snail’s pace since.

Conservative Senator Vern White, the chair of the rules committee, insists the bill was never frozen. He says it will be out of his committee and ready for a vote of the full Senate in two weeks.

The initial version of Mr. Chong’s bill was not popular among leaders of his own party, but it was watered down.

The current version still would impose measures intended to give individual MPs more power to contest the will of the party leader. It would remove the obligation for candidates to be approved by party leaders. It would allow 20 per cent of the MPs in a party caucus to trigger a vote on the leader’s future, and would allow a leadership contest if 50 per cent voted for one. And it would put the caucus of MPs, rather than the leader, in charge of who will be expelled.

But some senators object, and not because of orders from on high. Ms. Fraser said she does not like laws telling caucuses how to organize themselves — although party caucuses could vote after each election to opt out of the bill’s requirements — or the idea that a small number of MPs could trigger a leadership race.

But while it is hard to argue Ms. Fraser’s proposed solution — that MPs and senators stand up for what they believe in — the extent of party discipline suggests remedial action is needed.

And Mr. Chong, who tapped into a below-the-radar popular desire for reform, warns senators it is none of their business. He argues that his bill would amend only two pieces of legislation, and neither amendment would affect the Senate. And since the Constitution indicates the two chambers of Parliament are supposed to be independent of each other, the Senate should not block it, Mr. Chong said.

As a Constitutional argument, it is a stretch. But as a matter of democratic legitimacy, Mr. Chong could not be more right. The Senate does not have any business holding up democratic reforms that have multiparty support.

That is already crossing the minds of senators. Some are coming to the view that this is not really their fight. It is not lost on them that public sentiment about the Senate may be at an all-time low. Mr. Chong is not afraid to mention it.

But it is not clear whether the bill will pass the upper chamber. It seems Mr. Chong’s campaign has only come this far because public pressure has swayed the unelected chamber. Now, he says, he is keeping it up for the next five weeks.