The Middle-Aged Guide to Growing Up: Taxi From Hell - CARP
Join Donate Sign In 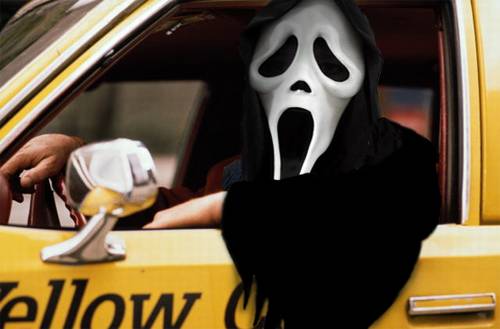 This is one of my Mexico stories. I was living in Cuernavaca, a pleasant resort town south of the volcanoes that ringed the capital city. The town had been the vacation resort of the Aztec Emperors, the Emperor Maximiliam (Napoleon’s brother) and his bride Carlotta had a palacio here, and it had been Hernan de Cortes’ final home. Cortes’ palace is now a municipal building and is decorated with immense murals by Diego Rivera.

Emilano Zapata made the town his headquarters during the abortive revolution of 1919. When I lived there, it was home to a substantial community of expatriates and remittance men, ex-CIA spooks, and old socialists. They would drink together in the Zocalo at night, while the Mariachis played and the young men and women did the Paseo.

I was the director of a bilingual theatre groups in town, subsidized and paid for by the local expat arts centre, which, for all I know, was subsidized and paid for bythe US State Department. We did plays with big casts, so everyone had a role. We played to ourselves, and our Spanish-language shows drew considerably from the poor corner of town where our theatre was located.

The driving force behind this was an indomitable octogenarian called Ruth, very New Yawk, who had lived with her husband Beryl in town since McCarthy had driven them out of the US. They were the kind of people who didn’t just know who Arshile Gorky was, they had known him as a friend. Ruth looked like a commanding toad, and wore muu muus. She was interested in everything and very up on modern culture.

One of my jobs was to escort Ruth into Mexico City from time to time to see plays at the bilingual theatre in that city, or attend shows at the university. The best way into the city was by bus; there was a modern highway that sliced up the mountains, over the top and down into the huge bowl Mexico is built in. The buses on that route were Primeros, First Class, with a hostess, cold drinks, snacks and a fresh doily on the headrest. A thoroughly pleasant experience.

There was another route into the city. That was the old Highway 1, which switchbacked up the moutains through the cloud forests and the mountain pines and the little alpine villages. It had twists, turns and vertiginous drop-offs, and the bus line which used it, the Segundo, or second class line, Flecha Roja, or Red Arrow, regularly lost buses full of poorer Mexicans into the barrancas.They had the toughest lawyers in Mexico, and would routinely threaten the relatives of the victims into not suing.

Anyway, Ruth, and myself, and my longtime Canadian girlfriend, who was visiting from Canada (and interrupting a number of promising relationships) boarded the First Class bus one afternoon to go into the city to see a production of Mother Courage and Her Children, by Brecht, at the university, which was across town from the bus station.

Across town sounds so innocent, but that meant it was on the other side of one of the largest, densest, yet most sprawling metropolises in the world. Twenty million people lived in that huge bowl, many of them below the poverty line. Traffic is horrendous, traffic signals are merely a notion, and every driver is a killer in waiting.

We got off at the bus station and hailed a taxi. It was the standard Renault sedan. I got in the front and Ruth and Kristen in the back. We took off down one of the broadest boulevards in the city, as wide as a highway and as fast, but with traffic lights.

A man jumped from the centre boulevard into our lane, trying to get across traffic. Our driver didn’t even swerve. There was a bang, a double bump and I whipped my head around to see the car behind us running over the man’s lifeless body. Our driver paid no attention, and increased speed. I started yelling at him to stop. Ruth started hyperventilating in the back seat, and Kristen reached over the back of the seat and started to strangle the driver.

I reached for the keys, but he swatted my hand away. He was starting to lose control because of Kristen’s ministrations to his throat, when a car pulled up beside us on the driver’s side and started banging our taxi toward the curb. Every time he hit the side of our cab, our driver would scream at him. Finally, we reached a stretch where the sidewalk was bounded by iron bollards. Our savior gave one more shove and the taxi bounced off one bollard and became stuck between the next two.

The pursuing driver pulled up behind us, got out and wrestled open the taxi’s door, he grabbed the driver and tried to pull him out on the street. While this was going on, on the other side of the car, I was quickly pulling my two female companions out and hailing another cab. In Mexico, if there’s a traffic accident, the police throw everybody, victims, witnesses, offenders, in jail for a day or two to cool down, and I didn’t want that for the ladies. Kristen was too angry to expose the authorities too her, and Ruth kept saying she was about to faint (although she never did).

Another cab pulled up, and I hustled my charges into it. Our savior turned and started urging us to stay, we were witnesses. I pretended I spoke no Spanish and didn’t understand him. We took off for the university.

The play was excellent and we had a good time, especially Ruth. She promptly forgot the death on the boulevard, enjoyed the play and probably slept well that