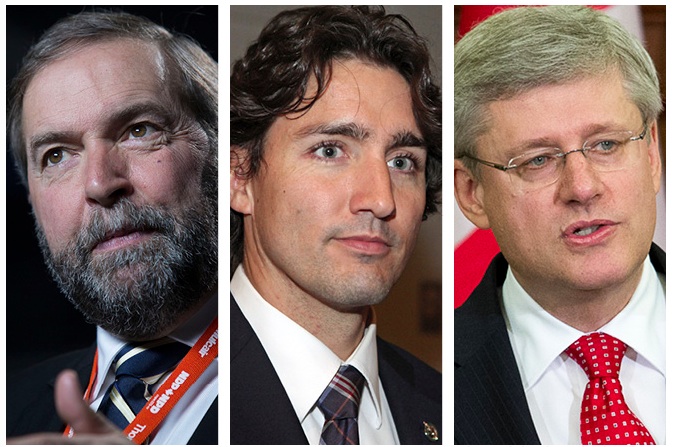 The NDP and Liberals came down hard on the Conservatives’ recent about-face to consider the expansion of the Canada Pension Plan (CPP), accusing the Tories of playing politics and questioning why Canadians should believe them after nearly 10 years of opposition to the measure.

Finance Minister Joe Oliver announced Tuesday that the government intends to consult experts and stakeholders this summer as it considers ways to allow voluntary CPP contributions, as opposed to mandatory payments.

But NDP Leader Tom Mulcair suggested Wednesday that the Tories have no intention of expanding the CPP.

“I think that you have to look at the last nine-and-a-half years at the behaviour of the Conservatives to know that this is a last-minute political attempt to convert from a long-held position,” said Mulcair.

Mulcair called the announcement a “death-bed conversion” and an attempt to cater to issues that voters are concerned about.

Mulcair acknowledged late former finance minister Jim Flaherty’s openness to the idea of expanding the CPP. In 2010, Flaherty proposed a “modest” mandatory CPP increase, rejecting the notion of a voluntary one.

The Conservatives have long-opposed expanding the CPP, while the NDP and Liberals have supported the idea of mandatory increases.

In question period Wednesday, both opposition leaders questioned the government’s intent on actually follow through with potential CPP changes.

Liberal Leader Justin Trudeau asked Prime Minister Stephen Harper why voters should believe his party after years of opposing expansion of the CPP.

“Why should Canadians believe him now, when he suddenly says he want to expand the CPP?” asked Trudeau.

In response, Harper said the government favours a “range of options” for people when it comes to CPP contributions.
Susan Eng, vice-president of advocacy for the seniors’ group CARP, told CTV’s Power Play that the Conservatives’ announcement is a “180” from where they used to stand on the issue of CPP. She called the move an “election ploy.”

“Until now, the federal government would not even let CPP pass its lips, so this is a major step forward,” said Eng.

CARP wants the government to take things one step further and support mandatory expansion of the CPP to help Canadians save for retirement. Eng said mandatory CPP payments serve those who need it most.

“It’s the people who are in the modest income range who just don’t have a major amount of dollars to set aside. They don’t think about it (setting money aside for retirement). They think about other things instead,” said Eng. “The only way you’re going to get those people on the books is to make it mandatory.”

With the scheduled federal election less than five months away, retirement income is expected to be a major issue during the campaign this fall.