Carol In Your Corner: When Family Members Disagree - CARP
Join Donate Sign In 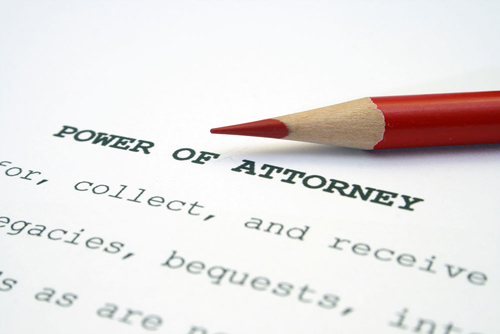 A Power of Attorney gives the substitute decision maker both control and responsibility on behalf of the grantor, particularly if that person is not sufficiently competent to take care of these matters.  Although regulations vary somewhat in different provinces and territories, the basic principles are similar.  In some provinces there are two POAs:  one for property and one for personal care. In Quebec, for example, these are rolled into one and called a Mandate. There are variations in terminology and regulations in other provinces, as well, using such terms as Substitute Decision Makers or Co-Decision Makers. The basic principle is to provide a legal system which allows a chosen substitute to act on our behalf, if and when we are not able to do so ourselves. It is only valid in the province where the donor lives. In other words, if someone moves to another province, a new Power of Attorney would have to be drawn up.

During the past twenty years, with an ageing population, disputes regarding POA for Property have been increasing, most often when one family member accuses the holder of the POA of mismanaging Mom’s money, for example, or actually using her bank account to finance his own investments or purchases.  In most provinces, although not all, it is possible to have the POA holder held to account by the Public Guardian and Trustee.

Legal expert Jordan Atin, a Certified Specialists in Estates & Trusts Law in Toronto, advises that the usual first step is to contact the Public Guardian and Trustee in your province or territory.  In Ontario, for example, that office will investigate complaints.  Quite often, a letter from the Public Guardian’s office will be enough to convince the POA holder to mend his ways, and do a better job.  But if the POA holder is not in compliance, the Court may order a “Passing of Accounts”, which means proceeding to court.  At that point very detailed records of all financial transactions must be presented.  The Public Guardian’s office does have a good record of proceeding in a timely fashion, and at no cost to the complainant.  However, if the concerned family member wishes to speed up the process, she can hire her own lawyer.

If actual theft is suspected this becomes a matter for the police.  Some jurisdictions have Elder Abuse squads which are actively involved in fighting this type of crime.  More often, negligence and mismanagement are the causes of concern.  For example, if the POA holder neglects to fill in government forms and Mom is not receiving her pension or other benefits, if home insurance isn’t renewed on time and bills are not being paid, such negligence can amount to serious problems for the grantor.

If the donor is competent that he or she can revoke the Power of Attorney and appoint someone else. If a complaint is made, the Public Guardian and Trustee (PGT) will not necessarily revoke the POA, but will determine if the holder has or has not been acting responsibly. If the office determines it is necessary to intervene, it might simply require more frequent monitoring, or it could appoint a replacement. Would the person who brought forward the complaint be appointed instead? Not necessarily, according to Atin, if the POA had an alternative person named, the alternate might be asked to take over.   If there is no alternative, that complainant would have to satisfy the Court, not just the PGT that he/she is the best person to be appointed as the guardian.

Although this is the kind of conflict people may be reluctant to get involved in, elder abuse is a crime. And there is help available.

Our cross-country survey reveals the following:

British Columbia: The first step is a referral requesting an investigation to determine if a vulnerable adult’s finances are at risk. You should fill out a referral form which outlines your concerns and submit it to their office using the contact information on the last page of the form. If you are not sure whether or how to submit a referral, call the Assessment and Investigations line at 604-660-4507.

Alberta: If you have a serious concern about a co-decision maker, a guardian, trustee or personal directive agent, you should file a written complaint with the Office of the PGT; and if it meets the criteria, that office can open an investigation. To contact Office of the Public Guardian and Trustee of Alberta call 1-800-427-4525.

Saskatchewan:  The web-site provides a very detailed explanation of how POAs work in the province of Saskatchewan, including what to do if you suspect mismanagement. If you are applying to the court to supplant the present holder of the POA, you will have to explain to the court why a change needs to be made. This will be assessed by the court on a case-by-case basis, while keeping in mind the legislation governing the roles of POA, Guardianship and Co-Decision making Act, as well as legal precedent. The PG can freeze bank accounts for up to 30 days, and get copies of all bank transactions to help in their investigations. If you believe there are suspicious transactions, you could apply to the court to become Property Guardian, which over-rides the existing POA. To contact Public Guardian of Saskatchewan call 306-787-5424

Manitoba:  That office will provide guardianship if requested. It does not provide investigative services, but if someone suspects the actions of a POA, they recommend seeking legal advice by contacting The Law Society of Manitoba, who can provide a list of lawyers who deal in this particular aspect of law. To contact the Law Society of Manitoba call 204-945-2700.

Ontario: The PGT office in this province is part of the Attorney General’s office. As noted earlier in this article, there is recourse available.  To contact The Office of the Public Guardian and Trustee of Ontario call 1-800-518-7901.

Quebec: The Curateur public is the equivalent of Public Guardian and trustee, and also can assist and investigate claims of abuse. Once on the site, click “contact” at the top of the page; this will lead you to instructions as to how to report. To contact the Curateur call  1-800-363-9020.

Nova Scotia:  In Nova Scotia only the police have the ability to investigate allegations of financial abuse by an individual who holds a POA.  It is an offence under the Criminal Code of Canada to abuse powers given under a POA document. However, The Office of the Public Trustee does not have any powers of investigation under these circumstances.  Nova Scotia does have Adult Protection Workers who are part of the Department of Health and Wellness, but their mandate covers allegations of physical abuse, not financial. The Adult Protection Act was amended in 2011 to include those who suffer financial abuse, as “an adult in need of protection”, but that section of the legislation was never proclaimed. To contact Public Trustee of Nova Scotia call 1-800-387-6665.

New Brunswick: While that province’s Public Trustee office does not have investigative powers, if possible mismanagement is brought to their attention they will turn the investigation over to the Adult Protection branch of the Department of Social Development. However, if the PT is informed by a care home, for example, that fees are in arrears, they will contact the holder of POA and seek ways to remedy the situation. A new publication, called a Legal Tool Kit for Seniors, provides excellent information on how to prevent possible abuse, and is available on the website. To contact Public Trustee of New Brunswick call 596-453-5369

Newfoundland and Labrador: Under the Provincial Enduring Powers of Attorney Act, any person with an interest in the estate of the donor can make an application to court to have the POA file all of their accounts related to any transactions involving the donor. As well, the Public Trustee may apply to the court to substitute the person named in the POA document for another person if it is in the best interests of the donor. To contact Public Trustee of Newfoundland and Labrador call 709-729-0850

Yukon Territory:  The Yukon Territory also has an informative pamphlet on POA and joint bank accounts. Anyone who suspects elder abuse is also advised to contact the Adult Protection unit of Health and Social Services or call 867-456-3946

Northwest Territories: The Public Trustee can receive information from family members or through other avenues (such as banks etc.) about potential misuse of funds by someone holding a POA for an individual.  If that happens, the Public Trustee can assess the information, ask for  full accounting and proceed to Court action, should it be determined necessary.  In addition, if any family member feel that inappropriate activity has been undertaken by someone holding a POA, they may proceed to Court action independently of the Public Trustee.