The Middle-Age Guide to Growing Up: Noblesse Obliged - CARP
Join Donate Sign In 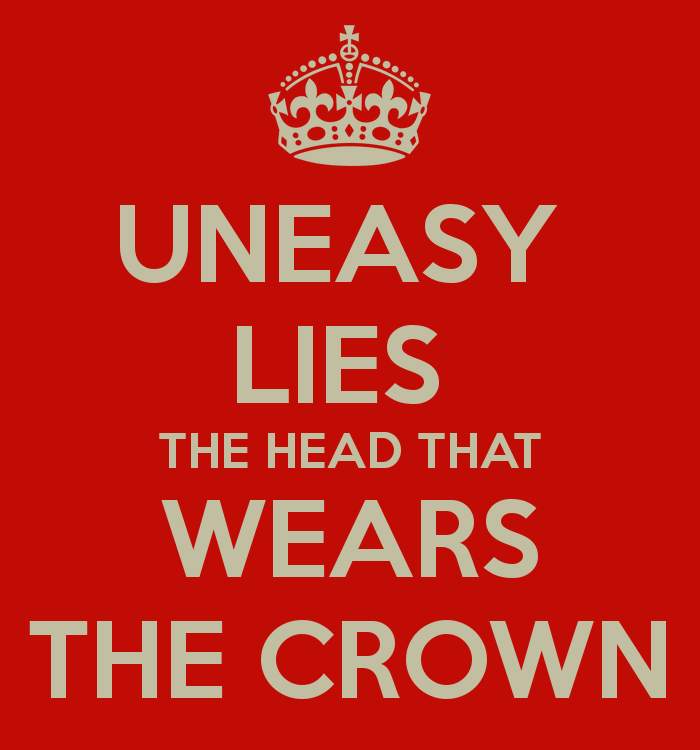 I ruled a small Barony on the Welsh marches at one time. I’ll tell you how it came about. Late in 2001, disgusted about the generally shitty state of the world post 9-11, I started to look into history for some solace, focusing on my family’s background. I knew we came from an old family on my father’s side, whose forebears had arrived with William the Conqueror, but I knew little else.

A little study revealed the first of my line in England was a Norman baron called Hugues le Corbeau, or Hugo the Raven. He and his two sons, Roger and Robert, both FitzRaven, joined their lord, William, Duke of Normandy, in his expedition against Harold Godwinson, the Saxon Earl who had declared himself king of England on the death of Edward the Confessor.

Now, a Norman lord was like the head of a great mob family, and his vassals, like Hugo, were his Capos, violent, loyal and obedient (most of the time). In return for making the dangerous trip across the Channel (the last time England was invaded) and bringing horses with him, William made Hugo, already a Baron in Normandy, the lord of a large swath of Shropshire, on the Welsh borders, to hold against the rebellious tribes.

Hugo didn’t long survive the Battle of Hastings, but Roger and Robert split their father’s estate, and Roger, as the eldest, became Baron of Caus, named after their home in Normandy. He built a Norman motte and bailey castle atop an Iron Age hillfort in the marches west of Shrewsbury, and set a watch. What’s left of Caus Castle is still there, although it looks like an Iron Age hillfort again.

Marcher Lords were different than William’s Barons in other parts of England. They could act on their own, raising armies and leading raids. They had a considerable amount of freedom within their Baronies, and were relatively independent of the crown. The Civil War changed all that, as Oliver Cromwell eliminated the feudal titles. They were brought back during the Restoration in 1660, but they were also limited severely in their influence. Finally, in 1861, feudal Baronies as independent fiefs were eliminated.

So, I was descended from an ancient family that once controlled a swath of lovely country in the west of England, and it had been taken away from us. Never mind that it had actually passed out of the immediate family in the 14th century through marriage, it had once been ours, and I wanted it back.

I already knew about Sealand, the gun platform-turned-micronation off the coast of England. It enjoyed a surprising degree of independence, being outside the British territorial limit (Britain actually extended their limit to include Sealand). I also knew of the Hutt River Principality in Australia, ruled by Prince Leonard, a sheep farmer disgusted with taxation policy who had seceded from the homeland. As his sheep station covered several hundred square miles, it also enjoyed a surprising degree of independence. If these micronations could exist in the face of a world full of superpowers, surely there was a place for a small historical fief that sought only to rule its little corner of the Welsh border.

Late in September 2001, I declared the Restitution of the Sovereign Barony of Caux, bought a website, posted the declaration and a map of the historical borders of the Barony and sat back. By 2003, I had 100 subjects, all duly entered in the rolls, who had taken the oath of fealty by e-mail and promised to defend the Barony when called upon to do so.

Some just wanted the crested polo shirt ($10, I got them cut-rate from a subject in Bangkok). Some hoped against hope I would issue passports, an idea I flirted with, but wisely avoided. Some of our most heartbreaking pleas for citizenship were from beleaguered sub-Saharan Africa.

Some subjects were more involved. One, an octogenarian from Pittsburgh who had invented bulletproof glass (and had a framed thank you letter from President Nixon) wanted to be the Barony’s security chief. He insisted I carry a snub-nose .38 at all times for its stopping power. I had to tell him that, like the Dutch royal family during the war, the Barony was in exile in Canada until historical territory could be claimed, and, as such, was bound to observe Canadian handgun restrictions.

There were titles for anyone who offered even the least service. There were knighthoods for those who recruited the most subjects. Besides the polo shirts, I had a coinage minted (there is a very curious collector’s market for coins from imaginary countries, and the mint which coined my money did so in exchange for one half the production). There was an annual Parliament planned, to rotate between Canada, the US and Britain. I was in touch with the current owner of Caus Castle and he was thoroughly amused. There was a quarterly e-mail newsletter that went out to every subject.

One of my best and brightest recruits was given the title of Lord Leighton for his extensive service. He recruited a dozen eager subjects in the deserts of Nevada and took them on weekend training hikes, He was building the nucleus of the Baronial Army, and he had big plans. Lord Leighton was tireless. He had a legal seal made for the Barony, and registered himself as an agent of state in California through a legal Apostille. In fact, when he was arrested for unpaid parking tickets in Reno, he showed his Baronial ID, claimed he had diplomatic immunity and got away with it. That’s when I should have started to worry.

I got good press for the Barony, was written up a couple of times in the London Sunday Times and did a radio interview with the BBC. We had extensive correspondence with other micronations, and belonged to all the small country alliances. We received official recognition from Burkina Faso (I think through an oversight). I got the British Foreign Office to send us a letter addressed to the Sovereign Baron of Caux at Caus Castle in Shropshire, which has to count as implicit recognition. We were making waves intermicronationally, getting known, but it took up a lot of my time.

By about 2010, I had worn my interest in Baronial affairs down to the nub, and had more important things to do. Not Lord Leighton, though. He stayed in touch, started practicing “Freeman on the Land”  kookiness, changed his name to something more Aryan, took a correspondence school security guard course and shaved his head. I mostly ignored him, hoping he would lose interest too. No such luck. Some people are born to rage against the country they live in, and have an unscratchable itch to make their own rules. Lord Leighton was definitely not model citizen material, not for the United States, at any rate. He wanted his own country and he wanted it bad. And he still had his army.

I eventually shut down the Baronial website and portal and moved it to Facebook, so there would be some public record left for any remaining subjects. I stopped visiting. A couple of weeks ago, I got an urgent Facebook message from Lord Leighton. He had e-mailed all the remaining subject (I had sent the quarterly newsletters to everybody, with all their addresses in the same field, thereby sharing my entire subject list. Not smart, now I think of it). In any event, he had alerted everyone that I had abdicated responsibility for the Barony and asked their permission to take over. He claimed to have assent from the majority of the remaining subjects (about 30 or 40 had stuck around). Well, I did the only thing I could do. I posted a message on Facebook saying “Lord Leighton speaks for me” and signed it with my Latin name. A strategic retreat, if you will. I haven’t stepped down, I’ve stepped aside.

I’m afraid Lord Leighton could get into some major league trouble with an internationally recognized micronation to play with, which he now has, as well as a cadre of loyal subjects. And every time I (rarely) look at the Facebook page, there are more members. Sometimes I dread what I might read in the newspaper in the morning. Uneasy lies the head that wears, or used to wear the coronet.