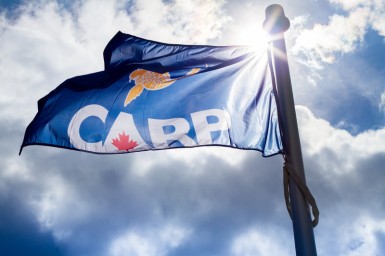 We are raising the CARP Flag again this year at City Hall on National Seniors day on Oct 1, 2015.

Join us at the Vancouver City Hall for the CARP Vancouver Flag raising at 9 a.m. on Oct 1st!

CARP Vancouver will join 20 other organizations with tables in the promenade promoting resources and information for seniors.  Some of the organizations include COSCO, 411 Seniors Centre, Alzheimer’s Society of BC, West End Seniors Network!
VPL Event information:
https://vpl.bibliocommons.com/events/search/q=national%20seniors%20day/event/55d76df22752bf2c3703014d

10:30am-12pm: Election Issues for Seniors Debate
Come and learn about the federal issues facing seniors in advance of the upcoming election. Experts on issues such as end-of-life care, housing, dementia, disability benefits, and access to information will be invited to attend.

1:30pm-2:30pm: “E-Prescriptions” from an Emergency Doctor: Dealing with Medical Emergencies using your Mobile Phones and Computers
Dr. Kendall Ho, a practicing emergency doctor who does research on eHealth — the use of modern technologies in health — will show you some emergency websites, apps, and electronic tools to help you cope with emergency situations, and share some useful tips to use these tools properly in partnership with your medical doctors and health professionals.

3pm-4pm: “Let Me Call You Sweetheart” A Sing-along for Seniors
Come sing the old songs, the ones with the sweet melodies, the romance, and the happy talk. This sing-along will be led by VPL’s very own Michael with his guitar. Lyrics provided.

Seniors in Vancouver were celebrated during this ceremony and we learned that that Vancouver was designated as an age-friendly city in July 2014.  According to the World Health Organization, age friendly cities “encourage active aging by optimizing opportunities for health, participation, and security in order to enhance quality of life as people age.”  By recognizing contributions made by seniors, all residents benefit from more inclusive and accessible services and facilities, safer streets and sidewalks are safer, and a more engaging city.