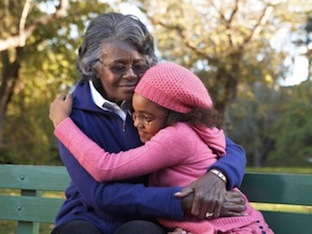 On September 13, families across Canada will celebrate National Grandparents’ Day. The holiday, founded in 1978 by activist Marian McQuade, is an opportunity to honour the contributions seniors make to their communities, strengthen bonds between generations of families, and have some serious family fun!

The study also found that grandparents benefited tremendously from giving tangible support to their grandchildren, and receiving support in turn. Tangible support includes a wide range of assistance, from helping out with chores to simply giving advice and being a shoulder to cry on. Grandparents who supported their grandchildren while feeling supported themselves experienced the fewest symptoms of depression.

This research shows that helping older people remain independent is essential to maintaining their emotional and psychological well-being. The best way to show respect and love to older family members may not be to offer to take care of every need, but to help them remain independent, and let them know that their help is worthwhile and valuable.

National Grandparents’ Day is a wonderful opportunity to remind elderly family members that they matter. After all, efforts to strengthen families shouldn’t stop at the nuclear family. Older generations and younger generations have valuable emotional support to let to one another, and lots of love to give.