Keeping Promises to Seniors: What the new government needs to do in the first 100 days - CARP
Join Donate Sign In 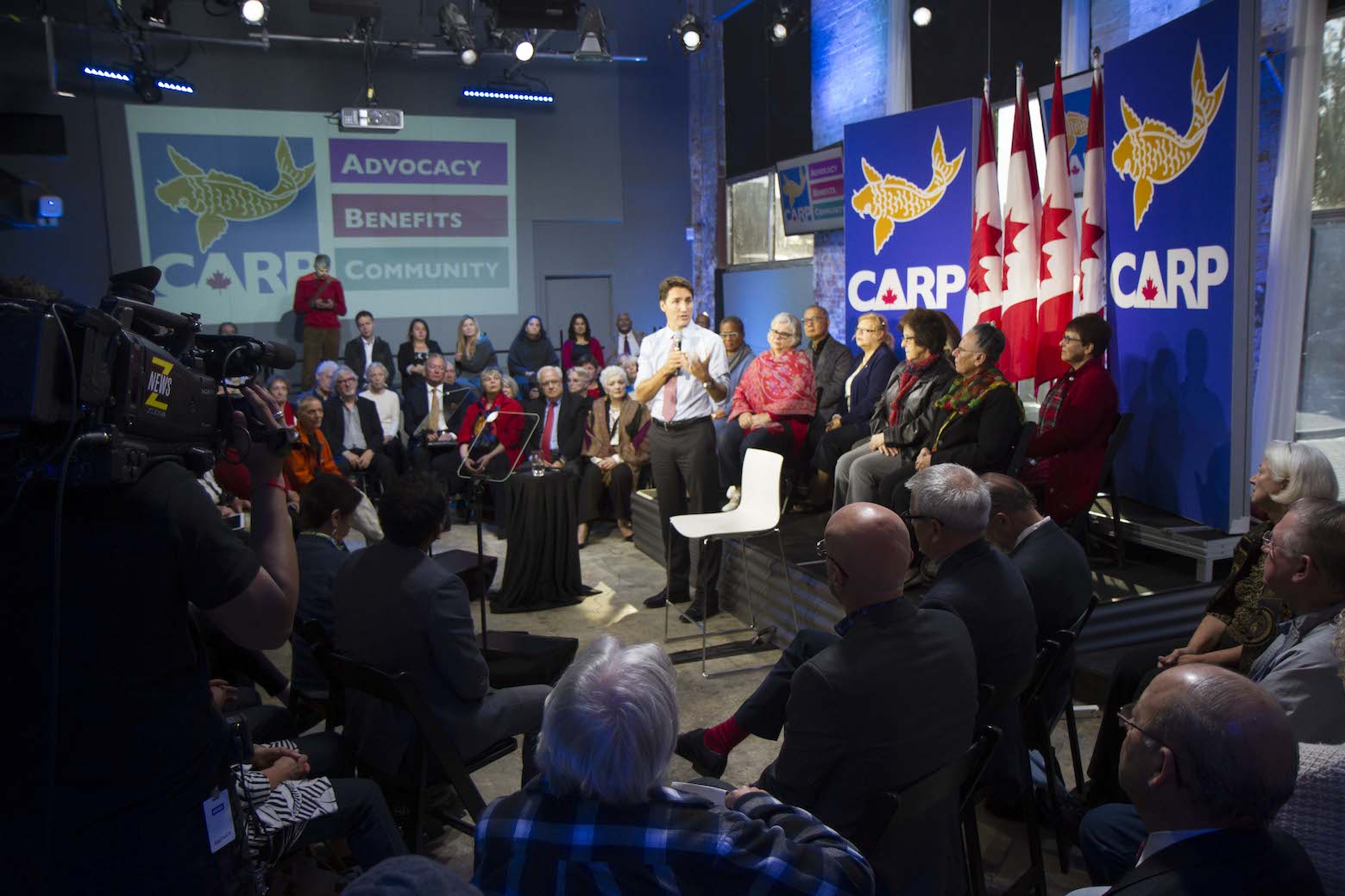 Click here to read ‘ Here are the Promises to Seniors Our New Government Must Keep‘ by Susan Eng – Huffington Post, October 27, 2015

Please start immediately. We’re not getting any younger here.

Your first budget this Spring can return the eligibility age for Old Age Security back to 65. Given the immediate backlash that followed your predecessor’s proclamation that the age would be increased to 67, you too, would have chosen to leave the country to make the announcement. The backlash led to some back-tracking and the start date was pushed back to 2023 at which point most of the Boomer bulge they blamed for straining the budget would have reached age 65. All Boomers will be 65-plus by 2031.

Critics who argue that the eligibility age should increase because we’re living longer are blowing smoke. It’s not how long we’re living that matters but how long an older person, no longer able to work, can hang on without the pension and income support especially since this change also delays access to the Guaranteed Income Supplement. Those extra two years would be a palpable hardship and exactly nothing has been put in place to help them. The feds made some vague promise at the time that if the provinces came up with anything, like welfare, the feds would reimburse them. Well they didn’t; likely because the provinces know that this generation of seniors would rather stick pins in their eyes than seek welfare.

The argument that the OAS and GIS program was unsustainable was a good sound bite but never had any merit. Even the Parliamentary Budget Officer said so and that was before the feds capped health transfers to the provinces. Once the feds decided – unilaterally – that there would be no new Health Accord, the money that might have been committed to accelerating the heath transfers was back on the balance sheet – so suddenly, the OAS and GIS were “sustainable”! In any event, national budgets are the manifestation of political choices – the numbers themselves do not set national priorities. So instead of cutting OAS and GIS, what if we cancelled the promise to waste billions on the F-35s? Oh wait, that just happened! Let’s move on.

The Spring Budget should also include the promised increase in GIS for the poorest seniors. All the parties addressed this and the Liberals promised increasing GIS for single seniors who meet a low income threshold. The NDP promised $400 million, no specifics. The previous government already topped up GIS in 2011. Will that be enough? The new government has the opportunity to pick and choose among the best ideas from the campaign and the best of the lot has to be Elizabeth May’s promise to integrate OAS and GIS into a new Guaranteed Liveable Income, something already suggested by ex-senator Hugh Segal, a Tory. After all, the point of this exercise is to ensure that no one lives in poverty in old age. So first, get those promised payments out now and set up a process to consider a GLI.

Finally, finish the job started on expanding the Employment Insurance Benefit to workers who have to take time off to care for critically ill loved ones. The previous government already extended the benefit from 6 weeks to 26 weeks. Now, as promised, the new government can just remove the requirement for a terminal diagnosis and the allowance will more properly support all those who need it.

There are many more election promises that will improve the quality of life for all Canadians as we age – this election has been an embarrassment of riches in that sense. Many, like pharmacare or restarting the Health Accords, will take some time to work out so it’s important to start the consultation and planning process right away. Others have a hard deadline, like meeting the February 2016 deadline set by the Supreme Court of Canada to enact legislation with the checks and balances needed for medically assisted dying. And the long overdue CPP increase could be the first thing on the agenda of the first finance ministers’ meeting.