Carol's Corner: You said, what? - CARP
Join Donate Sign In 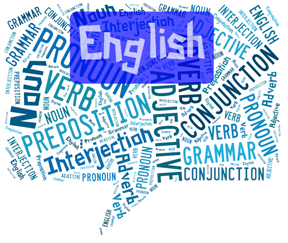 English is an extraordinary language, with the number of words totalling about 750,000 give or take a few hundred thousand. Actually, there is no agreement on the number of words in any language, particularly English, given that we’re constantly cannibalizing other languages and inventing new words to suit the situation. The Second Edition of the Oxford English Dictionary (all 20-volumes) lists 171,476 words currently in use, plus 47,157 obsolete words, and some 9,500 derivative words. Then there are several thousand regional, technical and rarely used words.

So, if someone says to you, I am at a loss for words, they’re just not trying hard enough.

Admittedly, having to choose from that rich conglomeration can be bewildering. English wasn’t built in a day. In fact, it’s taken 1,400 years to get to this point, working through the Germanic Anglo-Frisian, which took over from the Latin spoken by representatives of the Roman Empire, followed by dollops of French brought by the Norman Conquest. The biggest boost came with the invention of the printing press, which also required that people learn to spell, and differentiate between words that sound alike but have very different meanings. The expansion of the British Empire brought into use thousands of words emanating from those lands, such as India: bandanna, cummerbund, typhoon and many, many more.

English does have rules, but there are probably as many exceptions to the rules, and exceptions to the exceptions. How anyone who did not absorb it at her mother’s and/or father’s knee can learn it, spell it and be grammatically correct is a wonder.

Answer: Yes, they’re sure their kids are going there.

Question: Can we sneak into the picnic grounds?

Answer: Of course not. It’s only fair that we pay our fare to go to the fair, but is that a fairy I see on the ferry?

My own Number 1 Pet Peeve: people who say, He gave it to my friend and I. Would they ever think of saying, He gave it to I? Of course not. So how does adding his friend change the fact that the recipient is the object, not the subject of the action? Just asking…

Also, why do people say, It goes without saying, and then say it?Richard Nixon, 37th President of the United States is remembered for a raft of both positive and negative actions during his term of office and before, as a member of the U.S. House Un-American Activities Committee, but also as the person who popularized the phrase At this point in time. Why not just say, at this point? When else could it possibly be? Or better still, now.

Once unleashed, this lamentable expression has spread like the plague. Which, of course, is another cliché. Becoming a cliché can take centuries, requiring total absorption into the language and, constant repetition, eventually leading to gritting of teeth by the listener. If Saint Jerome, who lived in the 4th Century had known what would happen, perhaps he would have rephrased: Avoid, as you would the plague, a clergyman who is also a man of business. On the other hand, it’s pretty effective, which is why such expressions become clichés. They get to the point in a hurry, and are instantly understood.

In like Flynn. Ever wonder who Flynn was, and what he was into? Could have been movie actor Errol Flynn, who relished his reputation as a ‘ladies’ man’ – although this was not always appreciated by the ‘ladies’ in question; or it could have referred to Edward J. Flynn, a New York City political boss whose candidates always got ‘in’. This one evokes a somewhat unsavoury aura, and should probably be avoided, unless you want someone’s hackles to go up; which only occurs literally if you’re a dog, or a bird.

Another time saver is an acronym, which is a word formed from the initials of other words.  These are beloved by journalists who wish to save space and confidently believe that if the exact name with its acronym is mentioned in the first paragraph, loyal readers will remember what it stands for when they get to the last paragraph. Unfortunately, this places more responsibility on the reader than most are ready to assume. Admission: CARP is an acronym. So is AARP. Both have shed the original (Canadian or American Association for Retired Persons), and are simply known as CARP and AARP. CARP now stands for A New Vision of Aging for Canada, and older Americans simply know AARP also as a force to be reckoned with.

Speaking of acronyms, those of us who like to devour our morning newspaper with our toast and coffee might well be confronted with such examples as:

Member of the OSCE, and representatives of the CBA and the FLC, are concerned that the PCTF Act hasn’t considered the LMIA in their report to the CFIA. On the other hand, the PCP, and the PIAC, at a conference at the UOIT the USDA did not express concerned, and advise that you should write your MP, using OHMS, and then go and relax with SNL.

Translation: Members of the Organization for Security and Cooperation in Europe and representatives of the Canadian Bar Associations and the Federation of Law Societies of Canada, are concerned that the Proceeds of Crime – Money Laundering – and Terrorist Financing Act hasn’t considered the Labour Market Impact Assessment in their report to the Canadian Food Inspection Agency On the other hand, the Privacy Commissioner of Canada and the Public Interest Advocacy Centre, at a conference at the University of Ottawa Institute of Technology, the United States Department of Agriculture did not express concern, and advised that you should write your Member of Parliament, using On Her Majesty’s Service, and then go and relax with Saturday Night Live.

(Admission: it doesn’t make sense, but it was fun to figure out.)

And we will now conclude with a couple of paraprosdokians, much loved by Winston Churchill, and many others. As you will quickly realize, a paraprosdokian is a figure of speech wherein the second part of the sentence startles you into going back to re-read the first part.

I used to be indecisive, but now I’m not so sure.

If I agreed with you, we’d both be wrong.