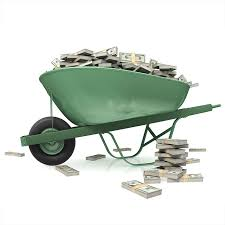 Below is an article published in the Globe and Mail on November 18, 2015 featuring Randy Filinski, chair of CARP’s Ajax Pickering chapter who drives a group of seniors to one of two government sponsored physiotherapy sessions in Toronto’s Scarborough area and sees firsthand the realities of inadequate health-care coverage in the retirement years. Filinski says that members he drives are eligible for only a 20 minute group physio session under Ontario’s health insurance plan (OHIP), resulting in minimal impact to their health.  Filinski notes a difference between patients who receive employee benefits at work, and the service afforded actually makes a difference in their health, emphasizing that not all health care is publicly paid for and that it is important to have savings allocated to cover such unexpected costs.  Click here to read the article.

Every Thursday, Randy Filinski drives a group of seniors to one of two government-sponsored physiotherapy sessions in Toronto’s Scarborough area and sees firsthand the realities of inadequate health-care coverage in the retirement years.

Mr. Filinski, volunteer chair of CARP’s Ajax-Pickering chapter east of Toronto, says the members he drives are eligible only for a 20-minute group physio session under Ontario’s health insurance plan (OHIP). “They come out and they’re no better off,” he says.

“When you watch the patients who go with benefits from work – they pay the $60 or $70 – they actually get better, because they’re actually getting the one-on-one care, versus the people I drive who are just dazed and confused after their 15-minute OHIP session.”

Mr. Filinski sees this divide more keenly than most. A former IBM employee, he is among the few Canadians who have an employer-sponsored benefits plan that will carry them past 65. Having seen what happens to those who’ve failed to realize many of their health-care needs won’t be publicly paid for, he has also established a separate fund to pay for unexpected costs above and beyond his employer’s coverage.

“There’s an account that I’ve targeted for things my wife and I need,” says Mr. Filinski, 64. “I’m the less than 5 per cent who gets it: that it’s going to cost more.”

The research confirms it. “A few years ago, we asked Canadians what they considered the biggest risk when they were planning for their retirement,” says Chris Buttigieg, a senior manager at Bank of Montreal in Toronto. “And the overwhelming response was that they were unprepared for unexpected costs.”

Also, many Canadians are confused about what will be covered in retirement. Forty-four per cent of Canadians expect to pay nothing for drugs, the 2014 Sun Life Canadian Health Index finds.

But pay they will. Without private coverage, Canadians can expect to spend an average of $5,391 a year on out-of-pocket medical costs after 65, according to the 2014 BMO Wealth Institute Report. And these numbers will rise.

“Between 2004 and 2014, health-care costs rose by 54 per cent, compared with shelter (41 per cent), clothing (33 per cent) and food (16 per cent). Health-care costs are rising, from an inflation perspective, significantly faster,” says Mr. Buttigieg. He says disability poses a large threat: “Between ages 65 to 74, 26.3 per cent will be become disabled.”

But the big sticker shock will be for long-term care. “Three-quarters of Canadians have no long-term financial plan for long-term care if they need it,” says Stephen Frank, vice-president of policy development and health at Canadian Life and Health Insurance Association.

The bills can be steep, leading seniors to cash in retirement savings or rely on children or other family members for financial support. A nursing home in Ontario, for example, ranges between $14,000 to $132,000 annually, with long-term care averaging $20,800 to $29,300, according to Senioropolis, a Canadian virtual seniors community.

In addition to long-term care, there are prescription-drug costs to consider, a reality that concerns 53 per cent of Canadians, according to Sun Life. While provincial plans cover most prescription drugs for residents 65 or older, those who retire earlier are paying out-of-pocket for these medications.

And if an individual requires a drug that’s not covered under the provincial drug formulary or under a catastrophic drug program – such as costly oral cancer medications, a specialty drug for a condition like rheumatoid arthritis or a biologic drug in Ontario and the Atlantic provinces – they could be on the hook for thousands of dollars a year.

That’s because Ontarians and residents of Atlantic provinces, unlike those in  British Columbia, Alberta, Saskatchewan, and Manitoba, do not have their cancer treatments fully covered. That can be pricey. For example, the average cost of an oral cancer drug is $6,000 a month.

Pamela Bowes, manager of the Money Matters and workplace programs at Wellspring in Toronto, regularly meets people who’ve been diagnosed with cancer and are waking up to the financial realities of treating the disease.

She says the patients she assists in filling out claim forms are often surprised by all the hidden costs of treating cancer. In addition to medications, “There’s the new clothing, long-distance bills, hospital parking, new food,” says Ms. Bowes.

She advises those who aren’t retirees to extend private coverage after they retire, set aside funds for health-care costs and top up with products such as long-term care insurance and critical illness insurance – all to prevent the wake-up calls she witnesses.

“I have had more people tell me they worry more about money than they worry about cancer.”