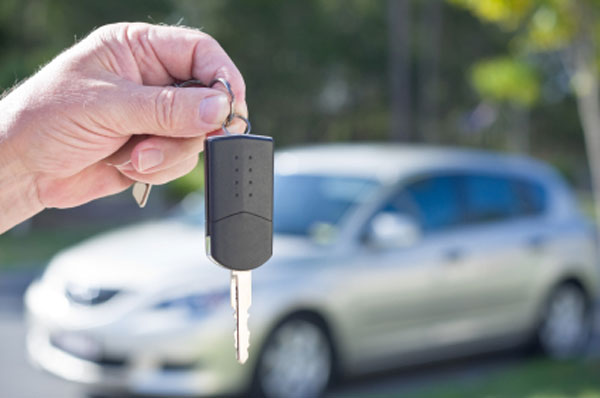 A Case of ‘Double Dementia’- How Do I Deal With the Challenging Behaviours of My Mother & Father Who Both Have Dementia?

“Both my parents have dementia and I’ve been feeling doubly overwhelmed as a result. My father has profound vascular dementia, while my mother is experiencing moderate symptoms, which include paranoia. They are able to live independently in a retirement community, but I’ve noticed that a “folie a deux” situation is developing, whereby my father is adopting my mother’s delusions about people stealing from them. They continually want me to call the police! What should I do?”

It’s never easy caring for a parent with dementia, let alone two. Despite feeling overwhelmed, know that you are not alone and that there are strategies that can help. So breathe in, breathe out and let’s begin…

The first keyword you will need to implement is “validation.” When an individual with dementia firmly believes that someone is stealing from them despite evidence to the contrary (which is very common), using validation will help them understand that you are “on their side” and can be trusted. An example of validation is saying “I can see you’re worried about this. I don’t blame you.”

Next, ask your parents questions about the suspected theft such as, “Which pieces of jewellery went missing? What did they look like? Did you see anyone enter the room?” Showing concern by asking questions, and even writing down the answers, is a continuation of the trust-building. It provides reassurance and shows that you are interested in “getting to the bottom” of what is troubling them.

Remember that you want to reassure instead of rationalize. Making statements such as, “You’re being ridiculous! There’s no way anyone is stealing anything!” will only make matters worse. Rather than forcing them to enter reality as you know it, enter their reality instead. Use Therapeutic Reasoning™ to reason in a way that is logical to your parents by telling them that you will look into their situation. Your main goal is to communicate the feeling that “we are in this together” instead of “it’s me against you and your wild delusions.” You can learn more about Therapeutic Reasoning on my website here.

Though living in their own home both with a cognitive impairment may pose challenges, it is wonderful that you are supporting your parents in maintaining their independence. Remember that calming your mother will have a domino-effect in calming your father, and vice versa. For those with moderate to severe dementia, moods are most affected on a day-to-day basis, so using a strategy that works to keep the peace in the moment will benefit both your parents. It will also give you greater peace of mind!

Cravings for a Car- What Do I Do When My Mother, Who Has Dementia, Wants to Drive?

“My mother, who has mild dementia, recently moved to a new retirement home in a city which is closer to me and where she can get help with day-to-day chores. I thought she would be homesick, but, to my surprise, instead of missing her home she misses her car. She longs to get behind the wheel but her doctor has cautioned against it, saying it would be unsafe. How should I respond to my mother when she tells me she is yearning to buy a new car and drive?”

It’s wonderful that your mother is adjusting well to her new living environment. Though she’s not suffering from pangs of homesickness, a bout of carsickness can often be just as profoundly felt.

To help curb her car cravings, start by identifying the source of her longing. All of us at one point have known the feeling of yearning for something we can’t have. It’s especially frustrating when what we long for means so much to us. In the case of your mother, driving a car is likely about more than owning a material object. For so many seniors like her, a car means independence, confidence and freedom.

To ascertain what a car means to your mother in specific terms, ask her what she would do if she could drive. Perhaps she wants to drive to the mall to go shopping, in which case you could fulfill this need by arranging weekly mother-daughter mall trips. You could also ask the retirement home if they organize shopping outings. If they do, you could accompany her on the first outing so that she feels comfortable using the service on her own the next time. Contracting a private companion to drive her to her chosen destination is another option.

If your mother wants a car because of the general feeling that she may need it someday, then a stalling strategy could be effective. You could tell her that you will ask your friend, who is good with car purchases, about when the right time to buy a car would be. You could also suggest that she waits to buy a car until the seasons change and driving conditions improve. By deferring the conversation to a later date, the idea of buying a car may dissipate with time, especially as she feels more settled in her new environment. By stalling instead of showing disapproval, you will also avoid upsetting arguments that may leave your mother feeling distressed.

Staying positive will help your mother stay positive too. Remember that you are helping to keep her safe rather than limiting her independence. I wish you both the very best! J

Do you have a specific question relating to dementia that you need answered? Please submit your questions by email to: [email protected]

Karen Tyrell CDP, CPCA is a Dementia Consultant & Educator for Personalized Dementia Solutions Inc. (www.dementiasolutions.ca) and the author of the book “Cracking the Dementia Code – Creative Solutions to Cope with Changed Behaviours.” She offers her expertise on dementia care through speaking engagements, workshops and by working one-on-one with families and caregivers.