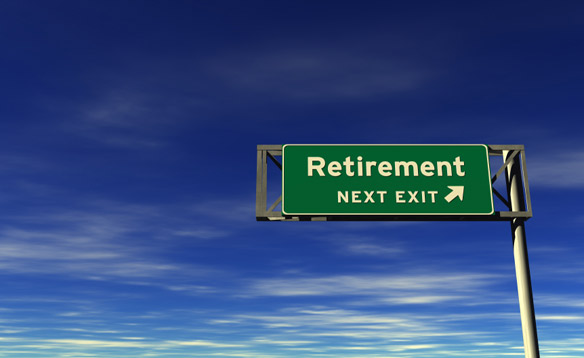 Bolstering the Canada Pension Plan was one of the Liberals’ 2015 election pledges, so just before Christmas Finance Minister Bill Morneau and his provincial counterparts met to talk reform.

That meeting led to an agreement — to discuss it again later.

The ministers hope to revisit the issue by the end of 2016, but change that needs such broad support from so many quarters may be hard to achieve.

In a pre-budget submission to the Department of Finance, CARP, the Canadian Association of Retired Persons, said it backs a “modest” increase in CPP, without specifying a number.

CARP also repeated its call for a supplementary Universal Pension Plan that would cover more than the 25 per cent of pre-retirement income that CPP is designed to replace. A UPP, which CARP has been mentioning for about eight years, would be mandatory, large and professionally managed.

Meanwhile, Generation Squeeze, a lobby group that advocates for Canadians in their 20s, 30s and 40s, says it backs a proposal from economists Kevin Milligan and Tammy Schirle to double the yearly maximum pensionable earnings. For 2016 that figure is $54,900.

Younger workers would benefit from a change begun now that would increase benefits in the future.

The economists suggest a change that would have people making up to about $100,000 set aside enough to replace about 40 per cent, or slightly more, of their pre-retirement income, said Paul Kershaw, a public policy professor at the University of British Columbia and the founder of Generation Squeeze.

By comparison, CPP is currently meant to replace 25 per cent of the average person’s lifetime pre-retirement employment earnings.

“There’s an increasing amount of evidence that actually replacing 40 per cent of that kind of income has people better off at age 65 than they often are as young adults,” Kershaw said.

Are CPP premiums a job killer?

Opponents of CPP expansion argued when the finance ministers met in December that a mandatory increase in premiums would would hurt the economy.

A hike in premiums would be a job killer, the Canadian Federation of Independent Business said, arguing it would cost the economy about 110,000 jobs by 2020. The CFIB said a hike in CPP premiums would act as an employer payroll tax and depress workers’ wages.

As the wave of baby boomers hits the end of their working careers, there is some suggestion that Canadians are not preparing adequately for retirement. Having inadequate savings makes CPP more important for many Canadians.

The most commonly cited reasons for not having enough at retirement include employers “massively” shifting from defined-benefit pension plans to defined-contribution plans, said Alexandre Laurin, director of research at the C.D. Howe Institute.

Other factors cited include household savings rates that have recently run in the four to five per cent range amid high levels of consumer debt, and the view that voluntary contributions to retirement funds are too low, Laurin said.

Perhaps there is no crisis

Not all research suggests we are in for a retirement crisis. In 2014, McKinsey and Company reported that the majority of Canadian households were well prepared for retirement.

However, the McKinsey report said about 17 per cent of Canadians were at risk of having to lower their standard of living when they stop working.

The under-prepared group was predominantly drawn from two groups of middle- to high-income households: those that do not contribute enough to their defined-contribution plans or group RRSPs, and those that do not have access to an employer plan and have below-average personal savings.

Over the years, several plans to change CPP have been floated.

A proposal from the Canadian Labour Congress has called for universal expansion of CPP.

Prince Edward Island proposed a plan in 2013 that would expand CPP benefits and contribution levels of people earning between 50 per cent and 200 per cent of the average wage. The proposal would push the maximum annual pensionable earnings to $100,000 and raise employer and employee premiums by 1.5 per cent each.

In return, pension benefits for those in the relevant income bracket would increase from 25 per cent of pensionable earnings to 40 per cent.

Anybody earning less than $25,000 annually would be exempted from the PEI plan.

The C.D. Howe’s Laurin isn’t convinced that higher CPP premiums for higher benefits are the way to go.

“In my view, it hasn’t been fully quantified and fully proven that there is a need,” he said.

Meanwhile, Ontario is going ahead with its own Ontario Retirement Pension Plan, which mirrors CPP and will cover people without workplace pensions.

Ontario has said if CPP reform goes ahead it will roll the ORPP into the national program.

The formula to make changes to CPP requires that seven provinces representing two-thirds of Canada’s population must back it, and that the federal government must give its approval.

When Morneau and his counterparts met last year, B.C. and Saskatchewan expressed opposition to CPP expansion. Quebec has its own plan, so it is unknown if it would go along.

Generation Squeeze’s Kershaw said he wouldn’t be surprised if CPP reform is approved. The topic has momentum because it is top of mind, it is expensive and it has political urgency, he said.

However, he also said CPP changes can’t be made in isolation.

“If  we only focus on the CPP, we risk tightening the squeeze on younger Canadians by mandating that younger Canadians find more money to put aside for that retirement … amid their current time, money and service pressures,” he said.