Financial abuse of seniors is a growing concern in B.C. - CARP
Join Donate Sign In 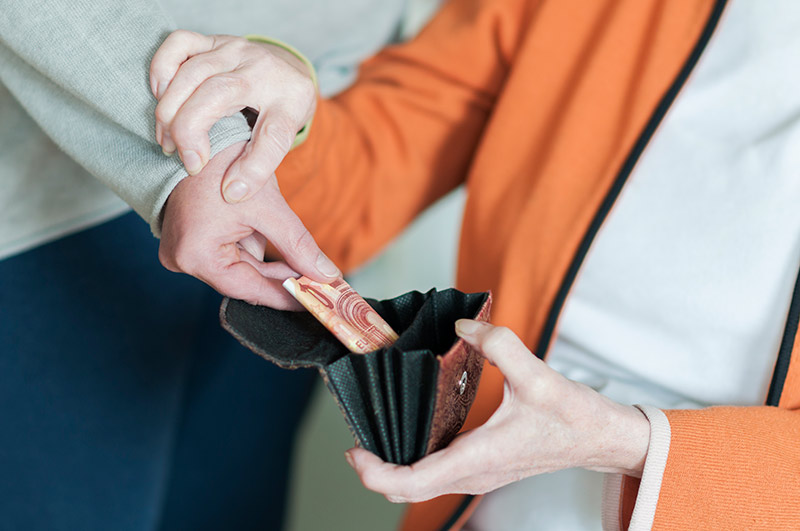 The growing financial abuse of seniors is becoming a concern in B.C., and the problem will only increase because most baby boomers will soon be entering retirement.

Last year, the Vancouver-based B.C. Centre for Elder Advocacy and Support (BCCEAS) received 3,296 calls. According to BCCEAS victim-services worker Genevieve Smith, 1,375 of those calls were abuse-related, and the majority of those were concerned with financial abuse.

This year already, Smith told the Georgia Straight by phone, the number of abuse-related phone calls are at 840—a 30-percent increase over 2015 for the period between January and March—with the bulk of the alleged abuse coming from inside the home or from family members.

To raise awareness of elder financial abuse, the Mount Pleasant Neighbourhood House (MPNH) is cohosting a workshop on Friday (March 18), in partnership with Vancity credit union.

“I don’t think we would be the first place that somebody would think of [for assisting elders],” Claudine Matlo, MPNH seniors-program coordinator, said in a phone interview. “Our goal is to do a whole lot of education and get people thinking about what it is.”

One in 12 seniors could be “seriously” abused

In Vancity’s November 2014 report The Invisible Crime: a Report on Senior Financial Abuse, it noted that as many as one in 12 elders could be “seriously affected” by such mistreatment, resulting in a considerable loss of financial assets for B.C. seniors.

The report added that by 2030, almost one in four Canadians will be age 65 or older. In B.C., this translates to a 69-percent increase in the number of seniors during the next 15 years.

In Vancouver alone, according to an October 2010 city report titled Seniors in Vancouver, by 2021 the seniors population is predicted to be about 100,000, or 15.6 percent of the projected total city population.

Matlo said the MPNH is relatively new to this kind of advocacy and has additional plans to assist elders experiencing financial abuse. She added that in the past, MPNH has worked in conjunction with the B.C. Association of Community Response Networks and Kingsgate Mall in recognition of World Elder Abuse Awareness Day, but she said the workshop it is cohosting Friday is its first.

“We’ll see what the response is and the feedback, and whether people want more of the same or if they want something different,” she said.

Ross McLarty, a Vancouver litigation lawyer who represents seniors in financial-abuse cases, said by phone that elders often get taken advantage of by family members who persuade them to make gifts or loans or even transfer property.

“A family member may ask for some help in terms of access to bank accounts to help them with their financial affairs,” he added. “So then they make a joint account and then that family member or somebody else takes money out of that account.”

He added that abuse of power of attorney is also common, with most such problems resulting from so-called continuing powers of attorney.

“What that means is somebody has the power over that person’s financial affairs, even if they’re incapable,” he said.

In a survey conducted by Vancity as part of its report, with a list of scenarios presented, 41 percent of seniors surveyed in the Lower Mainland and Victoria regions experienced at least one situation that can be classified as financial abuse. Yet only 6.4 percent of respondents self-reported being victimized by such exploitation.

The experiences of financial abuse reported in the survey include (from most common to least encountered): someone borrowing money without the senior’s knowledge or having someone refuse to pay back a loan (at 18.7 percent); being pressured to give someone money; experiencing a scam where someone offers to perform household work then insists on more money than originally agreed to; someone taking a valuable possession from an elder’s home, either to keep or to sell; being pressured to buy something or to pay someone’s bills; having signatures forged; and someone using a credit card or debit card without permission.

Martha Jane Lewis, executive director at BCCEAS, said isolated and/or frail elderly adults are most at risk of abuse, as well as those who don’t speak English and don’t have a support connection.

“If the older adult doesn’t have a social network, then nobody’s seeing what’s going on,” she said.

“Whether it’s a family member or some person who befriends the person, because they’re socially isolated and the elder is lonely, they’re more vulnerable to being taken advantage of,” he said.

Lewis noted that if people want to stay in their own house and they’re being abused by someone there, it’s less noticeable at home with no witnesses than if they’re in a care home.

“It’s all case by case,” she added. “We are seeing more abuse simply because there are more old people.”

Perceptions of some abuse differ between cultures

Matlo stressed that perception of abuse is self-defined and cultural in many ways. In some Asian cultures, she said, grandparents may do a lot of babysitting and not get paid for it. She said that in some Caucasian cultures, that may be seen as a form of abuse.

“We have to be really careful about what we pin as abuse, especially when we’re looking at different cultures,” she said.

BCCEAS victim-services worker Smith said that 60 percent of the phone calls received are from affected adults, although they do receive a number of phone calls from agencies, social workers, police, emergency personnel, and the public.

“Two-hundred-and seventy-seven of those abuse-related calls, [the mistreatment has] been for longer than five years, so, typically, this is historic abuse,” Smith said. “The older adults that we are dealing with now, we’re talking 40 to 50 years ago, and the state of violence against women back then, the patriarchy in the family, all of that, we’re still dealing with that generation.”

McLarty said legal action takes place when his firm is retained by a government body or by family members after the abuse has been discovered. He said the success rate depends on whether or not they can recover the money or assets.

“If the money has been transferred…then we can get the asset back or sue people and claim damages with respect to that,” he said. “But we’ve got to be careful in advising the client on the front end what we’re going to be able to accomplish for them.”

McLarty said his company has had successful cases where it has been able to either recover assets that have been transferred or obtain a judgement from the court to garnishee wages or file a judgment against any property the abuser may own—but, generally, those involved in the fraud don’t own any assets.

Lawyers can be sued

“What we’ve done on some occasions is if a lawyer or an advisor should have known what was going on or had done the legal work [for illegally transferring assets], then we have sued them in the past,” he said.

In the Vancity report, Linda Morris, the credit union’s senior vice president, said: “We believe financial institutions have a responsibility to ensure seniors have secure access to the assets they’ve built up over their lifetime.”

Catherine Ludgate, Vancity’s community-investment manager, said there’s a number of things they can do if they suspect a member is being abused. The first one, she said, is in the account agreement, which states that the institution has the right to refuse a transaction.

“If it looks like something odd has happened on their account, or they’re being pressured to cash a number of cheques in a row for amounts that are unusual for them, we can refuse the transaction and freeze the account,” she said in a phone interview.

Police can sometimes be involved

Ludgate added that if there is a suggestion that there has been physical abuse that may be coupled with the financial abuse, they have the right to report to the police.

The other thing they can do, she said, is report to the public guardian and trustee after the bank account has been frozen, in which case the PGT will take over and investigate.

Women are the most likely victims

BCCEAS executive director Lewis conceded that most victims are likely to be women, mostly because they live longer and tend to be frailer.

(A recent case in Kelowna had a 61-year-old man brutally physically attacking his 81-year-old mother in the home they shared together. He had allegedly been regularly threatening the victim and taking advantage of her financially.)

Abuse of adults with dementia is also a concern, Lewis said, because those who develop it can become aggressive and may hurt nurses or other residents if they’re in a care home.

“Dementia aggression is a whole other part,” she said. “There’s no intent to hurt.”

With the population growing older and living longer, Lewis stressed the importance of seniors not giving away money that a person can’t afford to give away.

“If you do, put it down as a loan with a payback date,” she said. “And don’t give your house to your kids or put them on title just to save a bit on probate when you die.”

Lewis added that the best strategy for outsiders who suspect senior financial abuse is to speak to the older adult right away, ask if they can help or if there are any concerns, and that the BCCEAS has an anonymous phone line (1-866-437-1940) that anyone can call to report abuse.

Barbara Kirby, Regional Mentor, Vancouver BC Association of Community Response Networks 604-767-4994 www.bccrns.ca [email protected] “Never doubt that a small group of thoughtful, committed people can change the world. Indeed, it is the only thing that ever has.” – Margaret Mead.