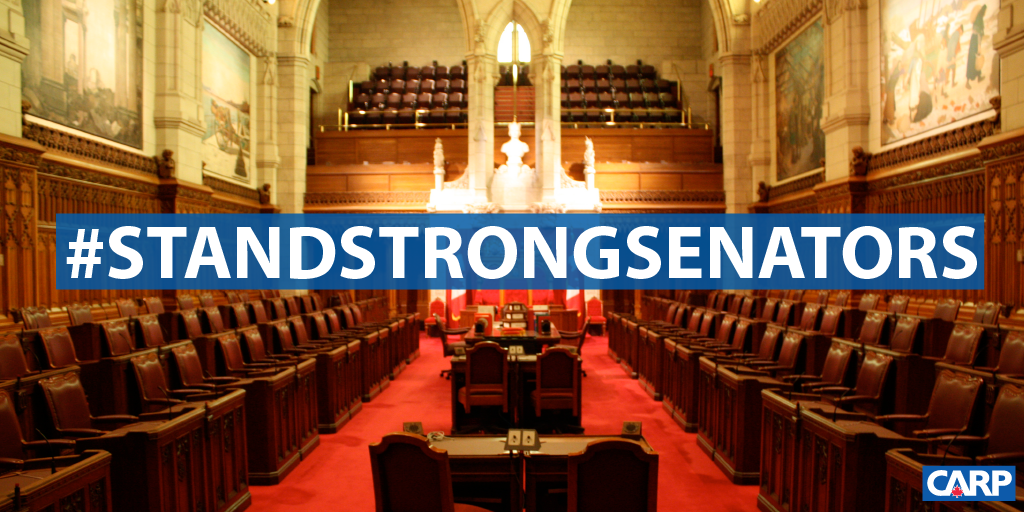 TORONTO – CARP is calling on the Senate to stand strong after the government rejected the Senate’s physician-assisted dying amendment that would have made Bill C-14 consistent with the Supreme Court’s Carter ruling.

“The Senate made the changes that Canadians wanted to Bill C-14. They listened to groups like CARP, they listened to Canadians and to the Supreme Court,” said Wanda Morris, CARP’s VP of Advocacy. “But this government continues to think that it knows better. The Senate should stick to its guns – they are right on this issue.”

“More than eight-in-ten CARP members and three-quarters of Canadians polled support medical assistance in dying. Currently the government is standing in the way of this right,” said Morris. “Canadians want and deserve the dignity of control over their end-of-life care. The Senate needs to stand strong for them.”