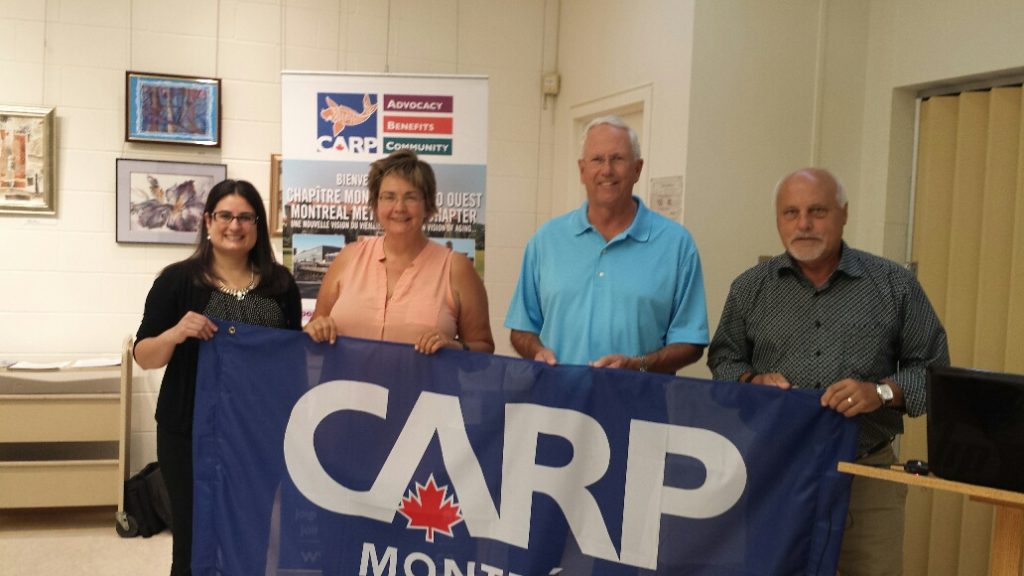 As part of the ongoing chapter tour, CARP met with the CEO of FADOQ, Danis Prud’homme, to learn about the organization and explore common ground for a potential partnership. FADOQ is a leading association for Quebecers over the age of 50. 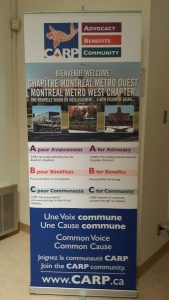 At another event, together with support from the Montreal chapter, CARP launched its caregiving campaign to residents of Beaconsfield, Quebec. The city hosted the session as part of its ongoing efforts of engaging seniors in local community initiatives.

Beaconsfield received the Age-Friendly Municipality (MADA) certification, an initiative of the Quebec Ministry of Health and Social Services. The city will host an upcoming flag raising ceremony with local elected officials on October 1st.