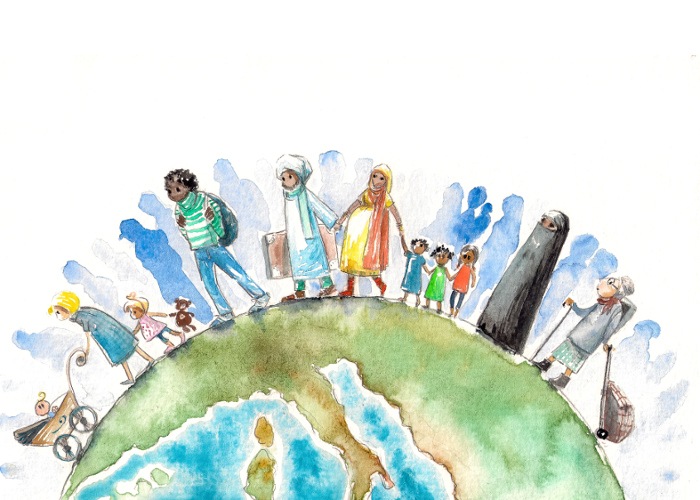 February 2017 – This story was told to CARP by Sergeant John Mecher of the Financial Crime Unit of the RCMP.

*Ahmed had been living in Canada for nine months. He got a call from someone who claimed he was with Canada’s Revenue Agency and said Ahmed owed unpaid tax from two years ago.

Ahmed said, ‘You’ve made a mistake, I’ve only been in Canada for nine months.’

At this point the fraudster asked him to hold while he checked that information and passed the call to someone claiming to be an Immigration officer.

He clarified, ‘No it’s not tax you owe, but unpaid immigration fees.’ The fraudster added that Ahmed and his family would be deported if the fees are not paid immediately. This frightened Ahmed.

He was held hostage on the phone for 12 hours while the fraudster went over and over the details of why he owed money. The threats if Ahmed didn’t pay got worse: he’d be sent to jail or his family would be harmed. The fraudster said he owed $21,000!

The fraudster also said that if anyone found out he owed this money, Ahmed and his family would be arrested and deported – so he was not allowed to tell anyone.

At the end of two days, Ahmed sent the $21,000 – everything he had saved and brought with him to Canada.

“One of the saddest facts is that once the money is gone, it’s gone,” says Sgt. John Mecher, Financial Crime Unit of the RCMP. “It’s difficult to trace the money as it’s often transferred oversees.”

A lot of frauds go unreported because people don’t even realize they are scams. Ahmed didn’t.

He only found out because his daughter told the story to a friend at school whose parent works at Immigration Canada. The friend’s parent told Ahmed he was been scammed.

“It’s a story we hear often. It’s absolutely crushing,” said Sgt. Mecher. “I’ve heard stories where people were about to buy a home, then the money was gone.”

*Name is pseudonym.
To find out about more scams and how to protect yourself from this scam and many more, check out CARP’s free Get Scam Smart Guide. Share this with your family and friends and make sure this doesn’t happen to them. The RCMP issued an update on a related scam in which fraudsters impersonate a Canadian Revenue Agency Official.