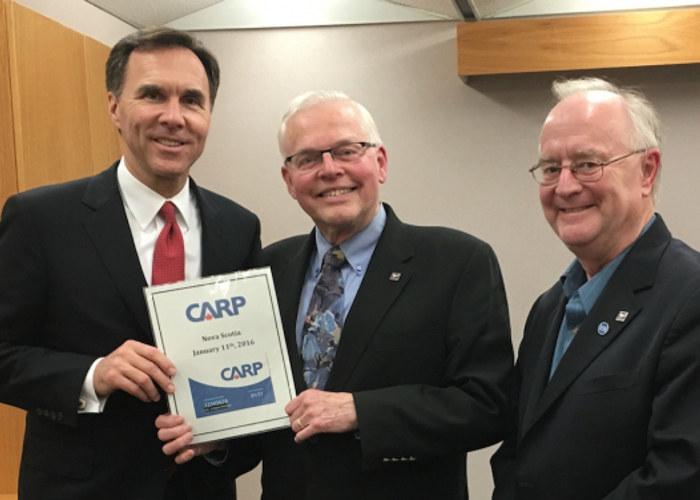 When Stephen Harper swept in changes to Old Age Security eligibility from age 65 to 67, the repercussions were felt at the ballot box in 2015.

The changes were announced during a far off meeting at the World Economic Forum in Davos, Switzerland without any public consultation and pushed through in an omnibus bill, at the will of the Conservative majority government.

Following the 2012 announcement, opposition leaders immediately challenged the move in the House of Commons. NDP leader Tom Mulcair and then third party leader, Justin Trudeau, both made personal promises at Annual General Meetings of CARP to reverse the legislation, were they to be elected.

As former parliamentary budget officer Keith Page said, it was a “bit disingenuous” to put the blame for a looming financial crisis on the rise in OAS recipients.  That remains the case in absence of any further compelling evidence from the current Liberal majority government.

On February 6, 2017, Finance Minister Bill Morneau’s hand selected Advisory Council on Economic Growth released a report recommending Canada revisit the changes in OAS, GIS and CPP eligibility with a view to broader workforce participation, in support of the Canadian economy. CARP member’s responses have been consistent when faced with recommendations to reduce retirement benefits for Canadians.

“If the government is bound and determined to make this change, then there should be a full public review of all the facts and evidence with all the stakeholders at the table,” said Wanda Morris, VP Advocacy at CARP.

Of greater interest in the report was the recommendation that the federal government could explore incentives that would make deferral of OAS, GIS and even CPP benefits more attractive. Incentives are always better than force and the advantages of staying active and engaged through the workplace may be beneficial to the individual and the economy.

“The fact is Canadians are living longer and we may not be able to rely on the government to fund a retirement that could last 25 years or more after age 65. However, any changes contemplated to the system would have to go hand in hand with safeguards for those who are unable to continue working past age 65 due to declining health, and increased protections for those who remain in the workforce, with equitable access to employee benefits in line with their younger colleagues and freedom from workplace and hiring discrimination,” said Wanda Morris, CARP VP, Advocacy