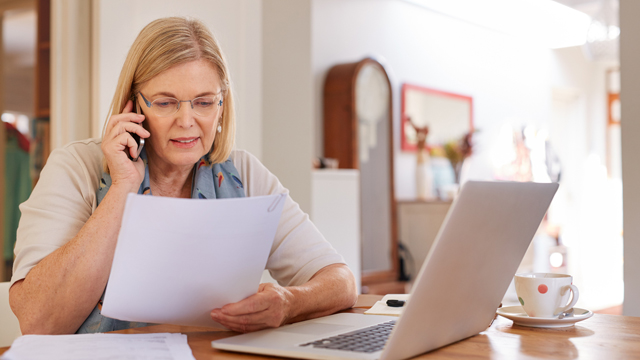 February 2017 – It’s been more than three decades, but I still remember the economics course I took at the University of Calgary. The prof was a gifted storyteller who drove economic principles home by using compelling real life examples. I’ve not forgotten his illustration of inelastic demand: no matter how much you charge for beer, there will always be an engineer willing to pay it. The professor’s hypothetical engineer would sell his slide rule before he’d go dry.

Well, a lot has changed in the last thirty years. Engineers now use computers and are as likely to be female as male. But there is still a hangover from decades’ old economic theory, and it’s costing us. I refer to the economic assumption that people will behave rationally.

New research in behavior economics supports what most people have known about their spouses’ and children’s financial decision-making for years: purchasing, saving and spending decisions are not always rational.

To make matters worse, we’re particularly bad at assessing risk. We worry about extremely unlikely events like terrorist attacks or plane crashes while failing to take practical steps to avoid far more likely events, like having heart attacks or getting diabetes.

Laws and regulations that impact older Canadians all too often assume we are skillful financial decision-makers and experts at assessing risk. This fundamental flaw has led to reduced financial security and increased homelessness among seniors.

To see the impact of the gap between expectations and reality we need only look at hardships arising from the legislation of RRIF withdrawals, and from probate fees.

RRIF withdrawals
Once Canadians turn 71, they must convert their RRSPs to RRIFs and begin making mandatory withdrawals the following year. With record low rates on safe investments and increasing life expectancies, there is a real risk that if individuals spend their withdrawals, they will outlive their savings.

That’s one of the reasons CARP is advocating for a ban on mandatory RRIF withdrawals.

The federal government isn’t keen. They note, quite rightly, that just because an individual is compelled to make a withdrawal, he or she isn’t compelled to spend it. This makes a lot of sense if we are dealing with the rational decision-makers of economic fiction, but a lot less when we’re dealing with human beings. Read an article about RRIF withdrawals and you will invariably see the author has not distinguished between amounts withdrawn and amounts to be spent. A policy decision that assumes Canadians will know they must reinvest part of their RRIF withdrawals is creating hardship for those living longer in retirement. It’s time to eliminate mandatory RRIF withdrawals and the poverty they create.

Probate fees
A probate fee is a paid by an individual’s estate after the person dies. In Nova Scotia, BC and Ontario, an estate worth $1 million would be charged approximately $15,000. No one wants to pay taxes they don’t have to, but in the scheme of things, $15,000 on a million dollar estate is pretty small potatoes. The problem is, in order to avoid paying the probate fee, some individuals are losing everything. By turning their private accounts into joint ones with an adult child or other individual, individuals are putting their assets at risk. In some cases, the adult child or other person added to the joint account has cleaned it out, leaving mom or dad with no funds and no recourse. Rational thinking would dictate that no one would put their financial security at risk in order to leave a fraction of a percentage more behind in their estate. But the reality is different. A simple policy decision to collect a modest probate fee has resulted in increased homelessness. It’s time to eliminate probate fees and the suffering they unintentionally create.

At CARP we fight for realistic practical solutions that better protect the financial security of older workers and retirees. Join us at CARP.ca. because everyone should have the right to live with dignity as they age.

Wanda Morris is VP of Advocacy for CARP and a former CPA.

If you liked this article, you might also be interested in CARP’s petition to reduce high investment fees and CARP’s investor protection pages.