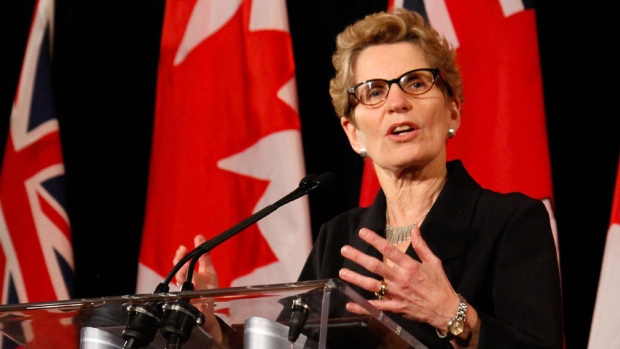 Following direct pressure from CARP, Premier Kathleen Wynne announced a reduction in hydro rates for Ontarians. CARP members in Ontario will welcome the reprieve from skyrocketing electricity bills in Ontario, announced this morning.

CARP members were outraged at the rise in electricity commodity price, distribution rates and additional fees inflicted on them during the last decade, and CARP was inundated with calls from seniors facing hard choices as a result of hydro rate increases. Many told us they were forced to choose between eating or heating their homes.

CARP launched a “Heat or Eat” campaign last year, calling for the government to restore sanity to electricity rates in Ontario with an immediate reduction in hydro bills in Ontario.

Last Tuesday, CARP’s Vice President, Advocacy Wanda Morris met with Ontario Energy Minister Glenn Thibeault and informed the government that seniors in Ontario were not going to take it any longer and the government needed to act immediately.

“We’re glad that the province has finally decided to listen to Ontarians, particularly seniors, who were really being harmed by unrelenting increases in electricity rates. An immediate reduction in prices will take away some of the anxiety seniors now face when deciding whether to heat their homes or do their laundry,” said Wanda Morris, CARP VP Advocacy and COO.

CARP had pushed the province for an immediate 25% reduction on hydro bills and our members will be pleased that the government has now responded to our call for action. CARP had insisted that the Ontario Electrical Support Program (OESP) thresholds had left too many low income seniors without the protections from rising hydro rates and global adjustment charges. Today’s announcement of a 50% credit increase in the income threshold to $39,000 for a household with two persons will benefit thousands of CARP members on fixed incomes across the province.

Seniors in rural Ontario have been the hardest hit by the rise in hydro rates under the Liberal government and today’s announced increases to the Rural or Remote Electricity Rate Protection rebate will help offset the higher distribution costs faced by rural customers.

CARP was disappointed that the Premier did not address time of use pricing surcharges which continues to unfairly punish retirees who consume most of their electricity during the highest priced periods. CARP calls on the Premier to address this issue as these announced changes are implimented.

In a poll of Ontario CARP members conducted in January 2017, the Progressive Conservative party was favoured by 47% compared to 22% for the Liberals and 18% for the NDP, ‘if an election were to be held today’. In light of today’s announcement, it will be interesting to see if voter sentiment will have changed in our upcoming polling.

Click here to be sure that you are included in our member outreach.