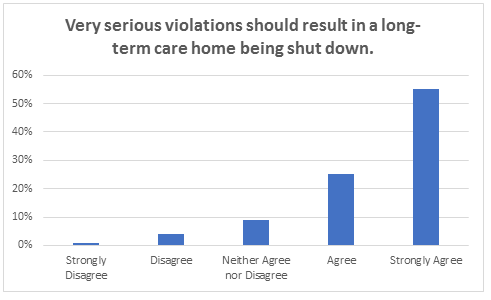 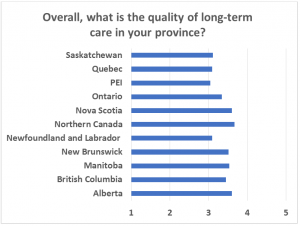 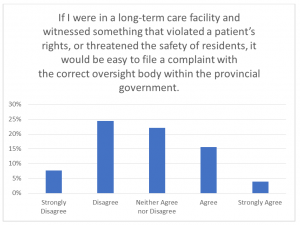 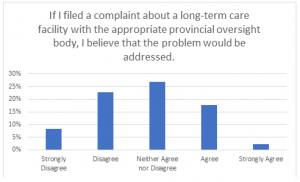 CARP members are also very clear that access to long-term care facilities should be available to anyone who needs it, regardless of their ability to pay. Over 90% of respondents said that they agree (43%) or strongly agree (50%) with this statement. Moreover, 86% of CARP members think that it is unacceptable for those who urgently need a spot in a long-term care facility to be put on the same waiting list as those who face less-urgent situations.

CARP Members Strongly Endorse Accountability and Regulatory Oversight
We asked respondents whether facilities that fail to provide the services necessary should face consequences including escalating fines, criminal charges, closure, and expropriation. Most of those measures were endorsed by 85-90% of the members. 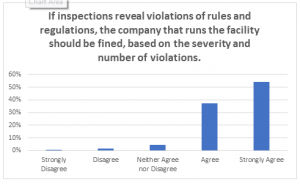 Members support regulation that provides standards of decency to their residents. Regulations mandating single rooms for residents, specified staffing levels (for both medical and support staff), clear communication to residents and/or their loved ones about residents’ rights, clear communication about the procedure for filing complaints, and oversight using random inspections were all endorsed by more than 75% of respondents; many of these were endorsed by 85-90% of respondents. 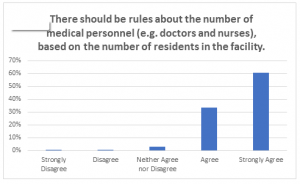 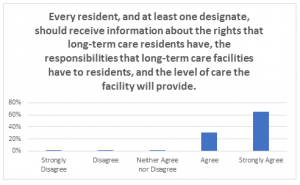 CARP Members want Action on Dementia-Related Issues
Resident-on-resident violence is the term used to describe violent or aggressive behaviors by residents in long-term care homes that target other residents. In most incidents of resident-on-resident violence, the aggressor suffers from dementia. The victim often has dementia as well. While aggressive behaviors are a common symptom of dementia they can be substantially reduced by providing the proper environment and support.

CARP members told us resident-to-resident violence is a real concern. Even after we asked members to consider all the other advocacy priorities that CARP is pursuing, more than 70% still said that they were “a lot” or “extremely” concerned. 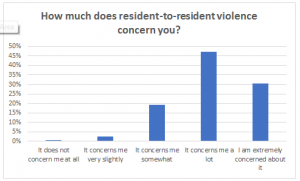 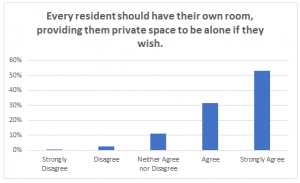 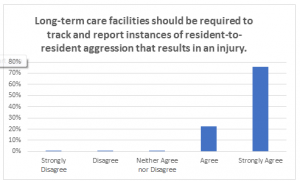 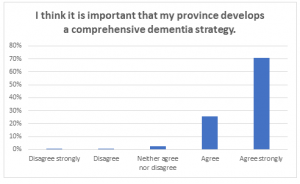 CARP Members Provided Extensive and Valuable Additional Feedback
Beyond generously taking their time to respond to last month’s very detailed survey questions, almost 1700 respondents provided input by writing out additional text comments. Some of these were straightforward, helpful suggestions (e.g., several members recommended that we increase the font size and change the font colour to make the survey easier to read, a suggestion you will see implemented in this month’s survey). Others shared thoughtful recommendations for additional policies to consider. Still others shared heartfelt, and at times even heart-wrenching stories, providing us an important glimpse into the day-to-day experiences that drive our policy advocacy.

We’d love to share your stories to help drive political change. As surveys are anonymous, we don’t know how to contact you. If you shared – or are willing to share – a story with us and you will are also willing to speak to the media, please let us know at [email protected]

We also received approximately equal numbers of notes thanking us for putting together a comprehensive survey, and notes recommending that the survey be shorter in the future. Designing a survey that investigates important, interesting and complicated questions, while also limiting the time required by respondents is a delicate balance, which we continually struggle to get just right. We want to take the opportunity to thank those of you who complete our surveys. Your responses guide our policy asks and demonstrate to political leaders that we have broad, non-partisan support for the issues that we choose to fight for. Thanks for your continued commitment.