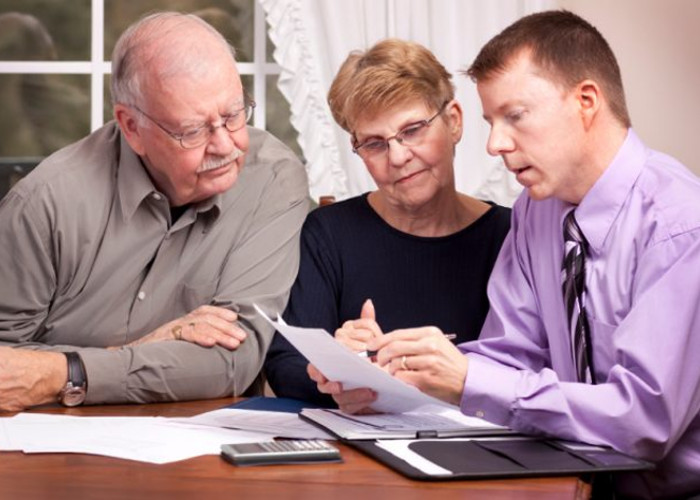 • 89% of CARP members polled support a Best Interest Standard, including 53% who are in strong support.

• 79% support the elimination of embedded fees, including 40% who are in strong support.

• 89% agree or strongly agree that regulating titles used by people selling investments to the public would help investors make more informed investment decisions, including 59% who are in strong support.

To better protect the retirement savings of older investors, and indeed of all Canadians, CARP is calling for urgent actions from all provinces to introduce a Best Interest Standard, eliminate embedded fees and regulate titles used by those who sell investments.

“When it comes to protecting investors, we are an international laggard. I believe that opponents of reform have used studies and consultations to indefinitely delay meaningful action. Our members are not prepared to accept sub-par protections any longer and want to see change now.”

The advocacy group launched a campaign dubbed, Protect My Savings at carp.ca/protectmysavings, to engage the public and launched a petition to give them a voice to tell government that regulatory action in the investment industry is long-overdue.

Best Interest Standard
Most financial advisors in Canada are not subject to a best interest standard that requires them to put their client’s returns over their own compensation or perks. Advisors in the United States, United Kingdom, Australia, and European Union all operate under such regulation.

The fiduciary duty or best interest debate in Canada is not new. In January of 2004, the Ontario Securities Commission published a consultation paper exploring a fiduciary duty for advisors . In the past four years there have been two pan-Canadian studies on best interest standards, an industry round-table and ceaseless debate.

Wanda Morris notes that the lack of a Best Interest Standard has left investors at risk.

“82% of CARP members believe their financial advisor recommends investment products that are in their best interest, but that’s not true. Investors’ misplaced trust in advisors is leaving them, and their life savings, at risk.”

There has been strong resistance to such a standard by the investment industry in Canada, which claims that investors don’t understand the implications, and if they did, would not support it. However, when CARP asked supplementary poll questions (see graph at top) support for a Best Interest Standard remained strong. 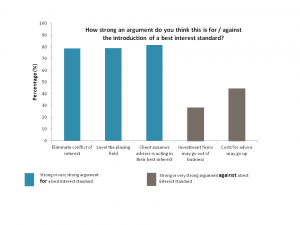 CARP is calling for the elimination of embedded fees and the resulting conflict of interest. Research shows mutual funds which pay above average commissions attract and retain investment dollars regardless of their performance.

According to Wanda Morris, “We must reform the system and remove incentives, like inflated commissions paid out of embedded fees, which put all advisors into a potential conflict of interest.” 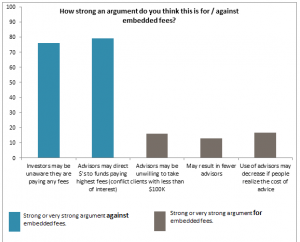 Some industry lobby groups have argued against the removal of embedded fees. They argue that eliminating embedded fees could result in:

CARP members were largely unconvinced by these arguments as shown in the graph above.

Regulate titles used by those who sell investments

There is a dizzying assortment of titles used by those in the financial industry. Often these titles imply a level of skill, knowledge or experience beyond what the financial advisor possesses.

Wanda Morris notes, “I’ve spoken to members who have placed undue trust in financial advisors because their titles, such as Vice-President or Seniors Specialist, implied a level of competence and a duty of care that was unwarranted.”

Over 1,900 members responded to CARP’s financial services survey, including members from every province and territory except Nunavut. The poll was conducted by CARP online and developed in consultation with survey research firm Bastet Strategy. It was open to members between March 10th and 29th.