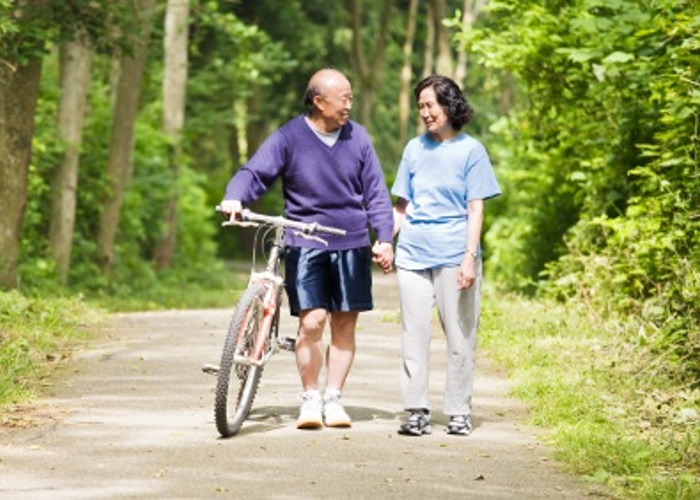 June 5, 2017 – It would be easy to think that the best way to avoid loneliness later in life is to have a big family with many kids and grandkids. But according to a recent survey of CARP members, there’s a more popular way: move next to a park.

The survey revealed that the combined effects of living near a park and going to parks frequently were about as good at reducing loneliness as being married (as opposed to single, divorced, common-law or separated).

The effects of living near a library and visiting it frequently were also larger than the effect of having children or grandchildren, but not quite as substantial as the benefits of living near parks.

CARP, Canada’s largest advocacy group for older Canadians, surveyed its members to find out about their social environment, contact with people, age, health, access to public services, and family situations and the analyzed the correlation between these factors with feelings of loneliness and isolation.

Here are some of the findings:

• People who were married were far less likely to be lonely and were far less socially isolated than those who were not married.
• Access to public services reducing loneliness far more than the effects of having children or grandchildren.
• Those who rated the transit they had access to as ‘high-quality’ were far less lonely; this effect was about half the size of the effect of being married.

The survey also asked respondents to rate their socio-economic status (SES) – their relative standing in society with regards to wealth, education, and prestige. This didn’t substantially change the effects of living near parks, libraries and high-quality transit.

The survey found that people who are lonelier or have less social contact are also likely to report lower levels of general health, and are more likely to report that they are sicker than they were one year ago.

Surprisingly, loneliness impacts people’s description of their overall health more than twice as much as being older. The impact of loneliness is also about one third larger than the effect of socio-economic status, which public health research has long established as an important predictor of health outcomes.

CARP’s social isolation and loneliness survey was completed by 5,308 CARP members from every province and territory, except Nunavut. This poll was conducted by e-mail from April 17, 2017 to March 1th, 2017. 99.4% of respondents were over 55.

CARP’s mission is to advocate for better healthcare, financial security, and freedom from ageism for Canadians as they age. CARP members engage in polls and petitions, email their elected representatives, connect with local chapters and share stories and opinions on urgent issues.

CARP membership support makes major changes in government policies possible – to protect the dignity of Canadians as we age. Members are also rewarded with discounts on products and services they know and love from CARP’s trusted partners.

Montreal Gazette: Walk in a park a coping strategy for loneliness: Being near green space mattered in improving health outcomes, studies find