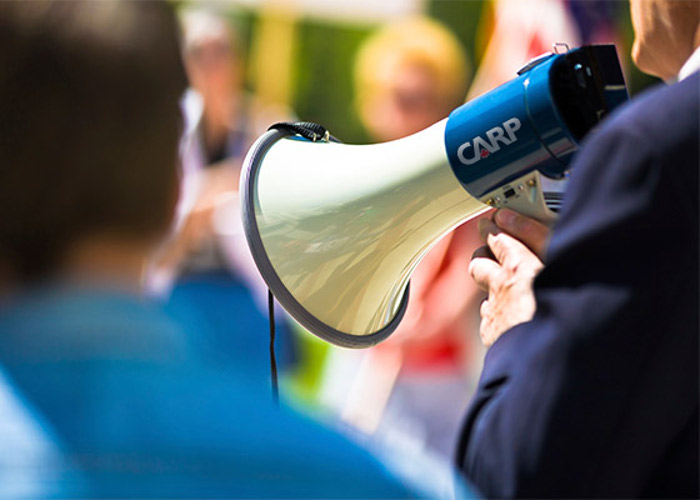 Earlier this year, CARP launched a public awareness campaign on elder abuse in long-term care residences after receiving a heartbreaking letter and photo from James Acker’s family. James was beaten in his long-term care home and died two months later in hospital.

“CARP is very concerned about attitudes and behaviours towards our most vulnerable Canadians in long-term care,” says Morris. “A public inquiry is long-overdue.”

Read the latest media coverage on this issue:

Email from CARP Member
“I have been reading about Elizabeth Wettlaufer in the press …I heard on the news that CARP wants to make sure there is some sort of inquiry. Please, please, on behalf of the old and sick, help to blow the lid off the mess that is elder care…” Dorothy Harraher, Burlington, Ontario.

CARP is calling for answers, recommendations, and action to protect seniors in long-Term Care residences.

Seniors in Crisis
Approximately 20% of Canadians know a senior who they believe is experiencing abuse, and some studies suggest that 8-10% of seniors experience elder abuse in one form or another.

Put another way, 766,247 seniors were abused in Canada last year.