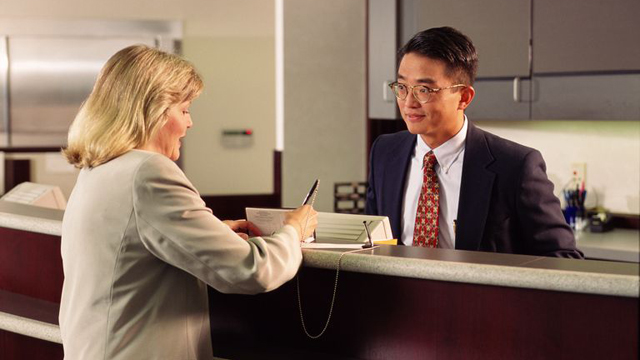 While creative use of language is relatively harmless in a restaurant menu, in other businesses, word choices may cause serious harm.

In an intriguing experiment, food psychologist Brian Wansink, author of Mindless Eating, rotated the names of dishes offered by a cafeteria. Depending on the day, customers would see some choices described in utilitarian terms such as Red Beans and Rice, Seafood Filet, or Chicken Parmesan or more colourful descriptions such as Traditional Cajun Red Beans and Rice, Succulent Italian Seafood Filet or Home-Style Chicken Parmesan.

Diners who ordered these foods were surveyed on their satisfaction with the taste and appeal of their choices.

Perceptions matter. While creative use of language is relatively harmless in a restaurant menu, in other businesses, word choices may cause serious harm.

That’s why CARP is demanding legislation to prevent banks and financial firms from describing internal customer service representatives as ombudsmen or ombudspersons.

Calling an individual paid by a financial firm an ombudsperson is misleading; in some countries, it’s illegal. The Australian and New Zealand Ombudsman Association states: “The fundamental role of an Ombudsman is independent resolution, redress and prevention of disputes … The Ombudsman’s aim is to reach a resolution that is fair to both sides.”

Ombudspersons who work for banks or financial houses rely on their employer for their salaries, and some participate in employer-sponsored stock-option plans. It’s unrealistic to expect them to act independently when their paycheques and profit-sharing bonuses depend on putting their employers’ interests first.

Not only are investors misled by the titles of internal “ombudspersons,” using an internal ombudsperson often wastes customers’ time and energy and may keep them from accessing a better, fairer process.

In Canada, there are independent organizations charged with resolving disputes between banks and financial firms, and their customers. The largest of these is OBSI, the Ombudsman for Banking Services and Investments.

OBSI is a free, independent, dispute-resolution service for aggrieved customers of investment firms and most banks (TD and Royal Bank use a different service provider). Individuals can complain to OBSI if they are unhappy with the final response from their bank or investment firm, or if they don’t receive a final response within 90 days of their complaint.

Too many customers don’t realize they can go to OBSI after 90 days have elapsed without a resolution. Instead, they are caught up in an extended complaint process that starts with their adviser, moves to a supervisor or branch manager, and then starts over with an internal “ombudsperson.”

We have a finite amount of energy. The worry and anxiety experienced by individuals who have suffered significant financial losses reduces their energy further.

Ken Kivenko is a staunch advocate who tirelessly fights for investors. He tells CARP that every week he hears from someone who never made it to OBSI because they’ve run out of energy or time and have stopped fighting. This is not right!

With competitive pressures in the finance industry, it is unlikely that any bank or financial firm will act without legislative change. That’s why CARP is calling on the federal government to bring Canadian investor protection in line with that of countries like the U.K., Australia and New Zealand: all financial businesses must be banned from using the internal titles of ombudsperson or ombudsman.