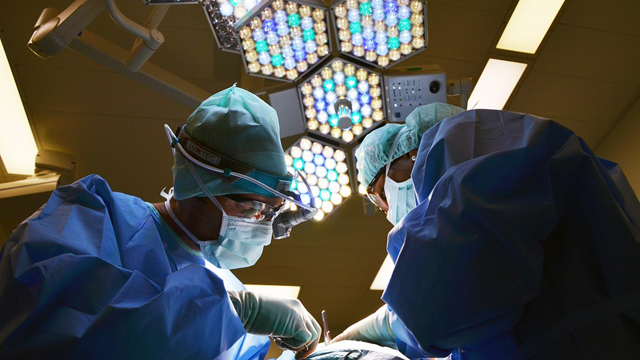 This article by CARP President Moses Znaimer was first featured in the September 2014 issue of ZOOMER Magazine.

BROTHER, CAN YOU SPARE A PART?

Last month in this space, I wrote an open letter to P.E.I. Premier Robert Ghiz, taking issue with some backward-thinking views he’d expressed about the “threat” of Canada’s aging population. One of the curious things I discovered while researching that chapter was that Ghiz’s own province had become the first in Canada to consider adopting what is known as the Presumed Consent model for Organ Donation (you’re in unless you opt out), a decidedly forward-thinking approach to an issue that’s very relevant to our aging population.

The Negative Option (which is the law in 20 European countries and is also being considered by Nova Scotia) is the reverse of the system we presently have, where people sign a card they carry with them or the appropriate spot on their driver’s licence to indicate they are willing to donate their organs in the event of sudden death. The reason P.E.I. is considering the model is because of a problem that’s become endemic across Canada – insufficient organ and tissue for transplantation. Our country has a low donation rate: 13 to 15 donors per million of population compared to the U.S. rate of 20 per million (no Presumed Consent) and Spain, 30 per million (with presumed consent). More than 1,600 people are added to organ wait lists yearly, a significant percentage of whom will die waiting for an organ (247 people in 2010).1 In 2012, 15 died waiting for a heart, 62 waiting for a liver, 69 for lungs, 84 for a kidney.2 This despite the fact that “a single donor can benefit more than 75 people and save up to eight lives.”3

Although 90 per cent of Canadians favour such donations when asked, something – squeamishness, simple avoidance, religious beliefs, conspiracy theories and family, among others – is stopping people from following through.

One answer to the problem might be to let older people donate organs as, until recently, there was a prejudice against “old” parts. Typically, fewer than two per cent of patients who die in hospital have been judged medically suited to give away their hearts, lungs, liver, etc. But the website www.livescience.com holds that “there are no cutoff ages for donating organs. Organs have been successfully transplanted from newborns and people older than 80.” Indeed, liver transplants have recently succeeded in the U.S. involving donors over 90.

Some Canadians cite religious reasons for declining to sign. But, in fact, every major Western religion approves of organ transplantation and even encourages it. Many Jewish rabbis call the practice an obligation, and the Roman Catholic Church considers it an act of love and a virtue – as long as you’re not the Pope whose body strangely, and according to Vatican policy, has to be buried intact.

Conspiracy theories and associated fears of possible dirty deeds turn out to be another surprising impedi- ment to organ donation. An online survey done by the group Donate Life America found that half the respondents were worried that doctors wouldn’t try as hard to save them if they were known to be organ donors, and more than half weren’t convinced that “brain dead” actually meant irrevocably dead. Still another 44 per cent believe their donated organs might end up on the black market. In fact, this is a real problem in the living donor system, particularly with kidneys. A recently released documentary directed by Ric Esther Bienstock called Tales From the Organ Trade reports that every 60 minutes a human organ is sold illegally somewhere in the world and chronicles a Philippine village where nearly every male has sold a kidney “for the price of a laptop.”

Actually, the major blockage in the organ donor pipeline might not be the donors themselves but their families! We assume that the signed cards and licences we have in our wallets will be honoured and that our organs, if viable, will be harvested. But, in fact, nearly 50 per cent of organ donations endorsed by signature don’t come about because the families of the donor refuse. “We very seldom see a signed donor card,” says Frank Markel, chief executive officer of the Trillium Gift of Life Network, which oversees Ontario’s organ donation system. Not, says Markel, because the cards haven’t been signed but because emergency department staff don’t have time to “go rummaging around” looking through wallets or purses, which may not even be with the patients to begin with. Instead, they ask the families who, in 40 per cent of the cases, don’t even know that their loved one has signed, let alone what they’ve signed. Inevitably, survivors’ religious views or suspicions, no matter how misguided or farfetched, become a factor and, often enough, trump the actual wishes of the deceased – much like families who overturn Do Not Resuscitate instructions left by a dying loved one. If all the signed donations that families now override actually came to fruition, the Canadian donation rate would rise from 15 per million to 30 per million, close to that of Spain, the highest in the world.

In Spain, which instituted its opt-out model (called ONT) in 1989, transplant doctors give credit not just to Presumed Consent but to education about organ donation which has become “a source of national pride.”

Turns out the one model that does empirically raise donation rates is the “donor-first/confirmed consent” model, now used in Israel. In this model, people who have signed donation consent cards are given priority over non-card-signers if ever they need to receive an organ donation themselves. Amazing how that concentrates the mind!

So, what should we make of our own low Canadian donation rate? The numbers may simply reflect the relative scarcity of suitable donors – donors who have typically died suddenly, outside of hospital, but in general good health. In Spain, as in the U.S., people are four times more likely than Canadians to die in a car crash. Canadians are also three times less likely to die by gunshot than Americans. So we may not be reluctant to donate, after all; we may just have less chance to die the “right” (which is to say the wrong) way.

And now there’s a new twist in the organ donation story: At my ideacity Conference this year, Tanya Jones, the CEO and co-founder of Arigos, a Silicon Valley startup company, gave a fascinating talk about developing a process for the long-term banking of organs using a process of freezing and reconstitution.4 At present, Jones told the audience, a heart removed from a donor “has a fourhour window” of viability. This is why many people waiting for an organ will actually relocate close to the transplant site. This is also why, in the year 2012 alone, though approximately 8,000 deceased Americans donated specified organs, approximately 25,000 of their hearts, kidneys, livers, pancreas, lungs and intestines went unused. The common occurrence is to take a heart or a kid- ney or a liver and throw away the rest – like finning a shark – because no other recipients are within transplantation time and distance. If, conversely, all the organs currently wasted were used, says Jones, it is a modest estimate that five of the current American organ waiting lists could be eliminated in a single year (in Canada, in less than a year). Even with today’s apparently paltry donation rates, if we could harvest all of a body’s organs and preserve them for even 24 hours, let alone indefinitely, the breakthroughs could be enormous. Vital organs could pretty much reach anywhere in the world, and transplants would no longer have to be emergency procedures.

Of course, there is always the possibility that we might be opening Pandora’s box. By creating a larger organ replacement industry and by normalizing the supply-demand chain of hearts and kidneys, etc., might we end up enticing people who aren’t in extremis or terminally ill to try to replace their merely worn down parts, and would that be so wrong? It’s not hard to conjure up images of labs with spare parts in freezers, no longer just for those in dire need but for rejuvenation or even more “frivolous” cosmetic reasons. With a flow of parts more than sufficient for first-level emergencies, would second-level bio-engineering be far behind? There are many who would perceive all this as a horror movie, but there are others who see it as another possible step along mankind’s eternal quest for greater and greater functioning longevity, with the ethical considerations still to be worked out.

Sign your donor card and tell your family. Give and receive.

For more information about the issue of presumed consent, here is the report from the parliamentary library.