Grey Matters: Medical care should be for whole patient, not just some parts - CARP
Join Donate Sign In 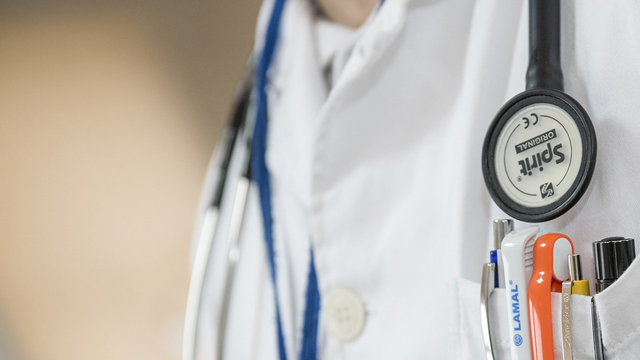 A dear friend recently mentioned she was feeling dizzy. She had just visited her doctor but the visit was a follow-up on a sore hip — and she’d ask about a lingering skin condition. She didn’t bring up the dizziness because the sign outside the doctor’s office said: “Only one issue per appointment” and she’d already brought up two.

Some provinces are exploring other payment models, but she was in Alberta, where doctors are still paid on a fee-for-service basis, meaning they must bill for only one service per patient per visit. A patient with two issues must visit twice, or a doctor must consult for free.

A recent opinion piece in favour of fee-for-service billings cited research showing doctors who weren’t paid a per-item fee saw fewer patients. The author certainly implied this was bad — but is it?

Imagine if doctors treated the whole patient, rather than simply attending to a leg, a liver or a lymph node. It would at least allow patients to be treated all at once rather than over a series of visits. This would be better for the patient and, I suspect, more rewarding and efficient for the doctor.

More importantly, a doctor would have a complete view of the patient. As various issues might be related, this would lead to better patient care. Finally, doctors could be proactive as well as reactive, providing preventions as well as cures.

On the flip side, doctors at walk-in clinics, whose patients are typically presenting with minor, episodic ailments, can be paid for the hours worked and not limited arbitrarily to seeing only certain numbers of patients, as is currently the case in British Columbia.

In theory, replacing fee-for-service billings with salaries allows doctors to focus on caring for patients, not on metering their services.

Some 66 per cent of CARP members polled in a recent survey supported paying doctors’ salaries and benefits, rather than fees for services. Physicians play a vital role in our society: Like elected officials, police officers and firefighters, they should be able to take a sick day or paid vacation, and know they will be provided for in retirement. We should free them up to spend time learning about new medical treatments, not tax shelters.

At the same time, it’s fair for us to make demands of our doctors. Having decided on a career of public service, they should be willing to work some evenings and weekends so all Canadians can see a family doctor and we can make full use of our operating rooms and medical equipment. Nine out of 10 CARP members polled (86 per cent) were willing to undergo surgery between 8 p.m. and 7 a.m. But operating rooms need staff.

Ontario has moved many doctors to patient enrolment models where they are paid as part of a group (called a Family Health Organization) that supports a roster of patients with a range of services. In the 12 months ended March 31, 2015, fees per patient ranged from $62 to $548 a year, depending on the patient’s age and gender and the services offered.

This model has its own problems. One in three patients enrolled, mostly men aged 20 to 29, didn’t see a doctor during 2014-15. Others would have required significant care. Who wants a patient who is more likely to take up significant amounts of time when the fee is capped? Like the fee-for-service system, Ontario’s patient-enrolment system discourages doctors from accepting elderly patients with complex needs.

If we want doctors motivated to tackle the challenges of an aging population, we need a remuneration system that pays them to do so. Updating compensation systems across the country is a critical step to giving doctors more control over how they treat patients. This means patients will get the care they need, and their doctors will be healthier, too.