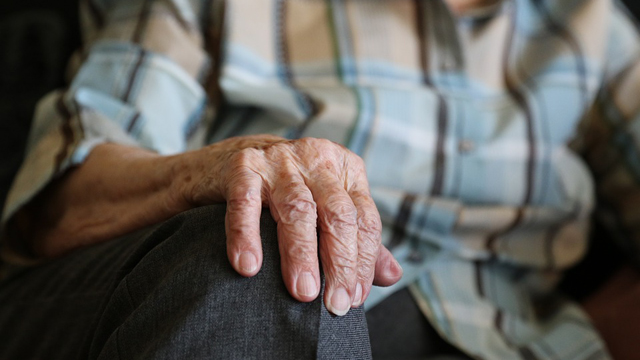 I had taken a wrong turn. I smiled to myself as I imagined sharing the details of my latest misadventure with Katherine, a dear friend who, along with all the other things we had in common, also had a terrible sense of direction.

Then it hit me like a hammer blow. I wouldn’t be sharing this, or anything else, with Katherine because Katherine was dead.

When it comes to pain, I’m a fan of getting it over with. Rip the bandage off and be done with it.

But when someone dies, grief lingers. We don’t just suffer the pain of their loss once. It hits at unexpected times as we forget, then painfully remember, that they are no longer with us.

I’d met Katherine when I was the CEO and she was a volunteer for Dying With Dignity, an organization dedicated to improving quality of dying, protecting end-of-life rights, and helping Canadians avoid unwanted suffering.

Until Katherine, I would never have imagined that one of my closest friends would be 30 years my senior. Katherine had passed her 80th birthday but was never past it. She dressed elegantly, spoke articulately and fiercely refused to let age diminish her.

I still mourn her loss. But mostly I regret that she died too soon, and that she died, alone, in a foreign country. Katherine’s last act was to travel to Switzerland for an assisted death. Even though Medical Aid in Dying had been legalized in Canada, it didn’t protect her. Katherine was at risk of stroke and feared being trapped in a non-responsive body, where she’d be unable to move or communicate, and unable to request an assisted death.

Canada’s Supreme Court brought comfort and peace of mind to many Canadians who feared they would suffer horribly without the right to end their lives on their own terms. Since that decision and subsequent legislation, thousands of Canadians have sought and received peaceful deaths.

But others continue to fear they will not die well. In particular, people who are at risk of stroke or dementia know that horrific symptoms may lie in their future, but unless they die early and in a foreign country, they cannot access assisted dying. They are denied peace of mind.

Current legislation limits assistance in dying to those whose death is imminent. It also requires that an individual be competent at the time death is provided.

In Katherine’s case, this deprived her of choice. Before she suffered a paralyzing stroke, death wasn’t imminent. If she waited for the stroke to occur, she might be unable to communicate her wishes and hence denied a peaceful death.

Many individuals at risk of dementia are likewise caught without choice. While they are still competent, they are not close to death. When their dementia has advanced to the point that death is imminent, they will no longer be competent to request assistance to hasten it.

The federal government has charged the Council of Canadian Academies to review matters not addressed by legislation, including the use of advance directives for those suffering competence eroding conditions. If allowed, individuals with a debilitating diagnosis would be able to request an assisted death for a future period when they are unable to speak for themselves.

Canada took a significant step in legalizing assisted dying for those who are near death. It’s now time for that mercy to be extended so no one is forced to choose between an early death and a terrible one.