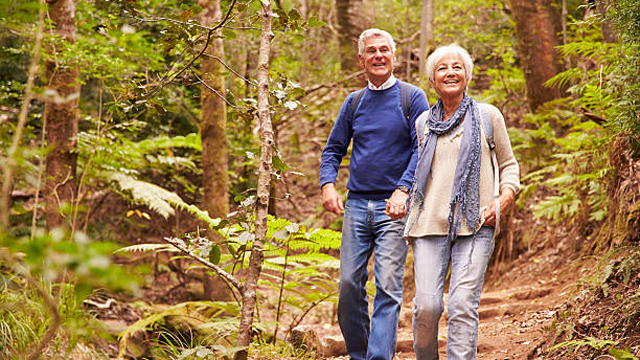 If you’ve ever looked outside at yet another day of winter and thought, “If spring doesn’t come soon, I’m going to die,” you might be on to something.

Statistics Canada death tables through 2015 show we are more likely to die in the first quarter of the year than in any other. All things being equal, we’d predict death would knock us down at 25 per cent per quarter. But instead, we fall like nine pins in the first three months (27 per cent), rally in the second (24 per cent), hit peak health in the third (23 per cent) and end the year with a downturn (26 per cent).

Researchers have offered various explanations: Illnesses are more acute during the cold months, and winter driving — or walking — conditions cause more accidents. But one that may not immediately come to mind is our will to live. Studies have shown suicides and attempted suicides peak after major holidays. For older folk, death rates spike after major holidays and birthdays; one study among Jewish people found the seriously ill may “postpone” their deaths until after important religious dates such as Yom Kippur.

This is important to keep in mind as we think about retirement. In the passion of youth, we may ask ourselves what cause we’re prepared to die for. When thinking of retirement, we should ask ourselves what cause we want to live for. With the abolition of mandatory retirement ages (a landmark victory for CARP), more people are choosing to stay in the workforce. While some stay because of financial necessity, others do so for other reasons.

A 2016 study in the Journal of Epidemiology and Community Health found that people who retired early died early; this result held even after controlling for those who retired early because of ill health. A 2017 study published by the U.S.-based National Bureau of Economic Research found an increased risk of death among men who retired at age 62 (the earliest at which they could claim social security). Other studies have shown different results, with Israeli research showing no difference in death rates and a study of Swedish army officers showing early retirees actually lived longer.

Researchers speculate that it is not work itself that prolongs life, but rather its social benefits: a sense of purpose, structure and a social network. While more time to golf and garden can look good to those still office-bound, a life with little else in it may soon lose its appeal. Lasting life satisfaction doesn’t come from continued short-term gratification, but rather from being useful — having a purpose, in other words.

The good news is that plenty of causes can provide purpose, even if they can’t offer a paycheque. In my work in the not-for-profit sector, I’ve benefited tremendously from the efforts of older volunteers who have provided thousands of hours as newsletter editors, policy researchers, financial advisers, event organizers and local advocates.

The key is to find something that fulfils you. An excellent way to start is to ask yourself, “What makes me angry?” Our answers to that question will likely depend on our life experience. I suspect that because I was bullied as a child, I am particularly sensitive to cruelty inflicted on others. This has led me to advocate for those who are weak and vulnerable.

Another question to ask is this: “What can I not keep myself from doing?” Maybe it’s taking charge of events, talking to young people about their futures or mentally editing written content. Doing work because you want to, rather than because of the paycheque, can be tremendously satisfying.

There is a place where your gifts and the world’s deep needs overlap. Find that, and you may have just found the secret to long life.