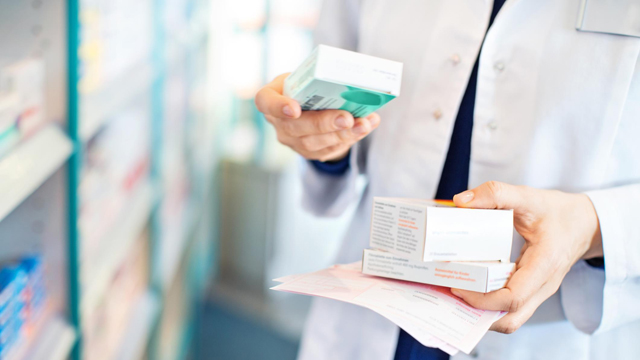 More than 4,400 prescription drugs will be made available free of charge for everyone 65 and older with the expansion of OHIP+. This new plan will help make life more affordable for 2.6 millions seniors and their families, starting on August 1, 2019.

CARP is a long-standing supporter of pharmacare – universal access to medication for all Canadians.

Many of our members have told us they face some, considerable or extreme strain to pay for their medications. While Ontario CARP members report less difficulty than those from other provinces, no one should have to chose between housing, food and medication.

In a 2017 survey, 8 percent of CARP members reported considerable or extreme financial strain from buying prescribed medications (BC was highest at 14 per cent, Ontario lowest at 6 per cent). A further 25 percent reported some financial strain (BC was highest at 33 percent, Ontario lowest at 22 percent). It is not surprising that 87% of CARP members support consistent drug coverage across all of Canada.

You can listen to Premier Kathleen Wynne speak about the extension of OHIP+ on Fight Back with Libby here.

Read the full release from the Government of Ontario:

Making Prescription Drugs Free for People 65 and Over

Office of the Premier

Premier Kathleen Wynne today announced Ontario’s plan to make prescription drugs free for people 65 and over, ensuring millions of people can afford the care they need during this period of economic change and uncertainty.

Through an expansion of OHIP+, more than 4,400 prescription drugs will be available free of charge to everyone 65 and over. The Premier was joined by Minister of Health and Long-Term Care Helena Jaczek and Minister of Seniors Affairs Dipika Damerla at the Leaside Curling Club to lay out the government’s plan to expand OHIP+ and make life more affordable for 2.6 million seniors and their families.

Starting August 1, 2019, anyone aged 65 or older will no longer have to pay a deductible or co-payment and would be able to present their eligible prescription and OHIP number at any Ontario pharmacy and receive their medication for free. On January 1, 2018, Ontario introduced OHIP+ Children and Youth Pharmacare, which made eligible prescription drugs free for everyone 24 and under and is the largest expansion of medicare in a generation. By expanding OHIP+ to seniors in Budget 2018, people 65 and over will now save an average of $240 every year. Prescription drugs covered by this program include medications for cholesterol, hypertension, thyroid conditions, diabetes and asthma.

Today’s announcement builds on steps taken to improve care and make life more affordable for seniors in Ontario, including:

Making prescription drugs free for people 65 and over is part of the government’s plan to support care, create opportunity and make life more affordable during this period of rapid economic change. The plan includes a higher minimum wage and better working conditions, free tuition for hundreds of thousands of students, easier access to affordable child care, and free prescription drugs for everyone under 25 through the biggest expansion of medicare in a generation.

“The costs of health care can cause anxiety and stress, especially for people 65 and over who are living on fixed incomes and are often required to take multiple medications. We all want the best care for our parents and grandparents, and I believe government needs to do more. Providing prescription drugs at no cost for millions of seniors is going to make life more affordable and help seniors stay healthy and independent. It is the right thing to do for seniors and their families. With nearly one in two people now to receive free prescriptions, we are that much closer to the universal pharmacare program that people need. We are leading Canada forward. And we can’t turn back now.” Kathleen Wynne, Premier of Ontario

“Everybody in this province, no matter their age, deserves the chance to lead healthy, happy lives. Providing prescription drugs to seniors at no cost moves us one step closer to the goal of pharmacare for all people in Ontario.” Dr. Helena Jaczek, Minister of Health and Long-Term Care

“Through investments like this, Ontario is furthering its goal of being the best place in the world to grow older. Providing the supports seniors need to be independent, healthy and active, safe and socially connected, is a priority of our government. Ensuring seniors have access to free prescription drugs will help them remain healthy, so they can live their best lives.” Dipika Damerla, Minister of Seniors Affairs