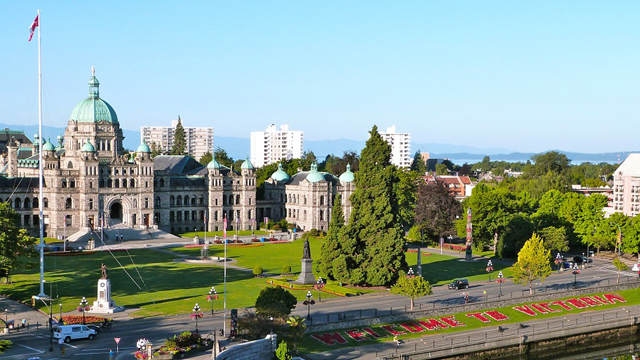 IIROC, a pan-Canadian public interest regulator, together with seniors’ advocacy group CARP and anti-poverty charity Prosper Canada, have been advocating for IIROC’s legal authority to be enhanced so that it can more effectively and consistently enforce its rules and discipline those who break them and harm investors. The amendments to the B.C. Securities Act (Bill 16), which last week received support from all parties of the Legislature, send a clear message to potential wrongdoers that those who break their clients’ trust will be held accountable and must pay the penalty.

The legislation introduced by B.C. Finance Minister Carole James will give IIROC better enforcement tools by allowing the regulator to collect its fines through the B.C. Supreme Court. This would deter potential wrongdoers who might otherwise try to avoid paying the regulator’s penalties. The Bill will enable IIROC to collect the fines it levies on individuals who breach its rules. There are currently $4.7 million in unpaid IIROC fines against individuals in B.C. dating back to 2008. Seniors form IIROC’s largest source of complaints and represent the highest proportion of victims of misconduct. Almost 40 per cent of all cases reviewed and approximately 30 per cent of prosecutions involve seniors. Overall, in B.C. in 2017, IIROC conducted 21 investigations and completed seven prosecutions.

Where other provinces have given IIROC better enforcement tools, it has seen higher fine collection rates and an overall change in behaviour among sanctioned advisors and other registrants working at firms regulated by IIROC, who are now taking their responsibilities more seriously.

IIROC is continuing discussions with other jurisdictions to achieve a better and more consistent level of investor protection from coast to coast.

A fact sheet providing details on the jurisdictions where IIROC has received stronger enforcement authority is available at www.iiroc.ca.

“Regulators, the investment industry and advocates for seniors and investors are united in their support for this important legislation. We congratulate the B.C. Government and Finance Minister for demonstrating their commitment and determination by acting expeditiously to protect investors, particularly seniors who rely heavily on their retirement investments. One wronged investor is one too many.”
– IIROC President and CEO, Andrew J. Kriegler.

“This legislation will make a positive and crucial contribution to investor protection in British Columbia. It gives IIROC an important regulatory tool we need to deter wrongdoing in the investment industry. To protect investors and the integrity of our capital markets, IIROC must demonstrate that its rules are strictly enforced and there are indeed real consequences for misconduct.”
– IIROC President and CEO, Andrew J. Kriegler.

“Our government is taking action to help protect British Columbians who invest in the securities market from fraudulent behaviour. This new securities legislation works for people and promotes a fair, efficient capital market in British Columbia.”
– Minister of Finance Carole James.

“Senior citizens have spent a lifetime saving for their retirement, and they deserve a government that is doing everything it can to keep their investments safe. Strengthening our securities legislation will help protect peoples’ financial future and prevent fraud against seniors.”
– BC Parliamentary Secretary for Seniors Anne Kang.

“Retirees in British Columbia need to trust that they – and their investments – are protected from rule-breakers who prey on older investors. The legislative amendments passed by the B.C. government signal a critical change in the way IIROC can move forward with tougher enforcement authority.”
– CARP National Director of Law, Policy and Research, Laura Tamblyn Watts.

“The largest portion of IIROC enforcement prosecutions involves the sale of unsuitable investments to seniors and the vulnerable. We’re delighted to see these changes that will help ensure B.C. residents’ hard-earned savings are not lost through improper advice or behavior by investment advisors. This is an important step in protecting people’s financial security and preventing individuals from slipping into poverty.”
– Prosper Canada CEO Elizabeth Mulholland.

IIROC is the national self-regulatory organization that oversees all investment dealers and their trading activity in Canada’s debt and equity markets. With over 400 staff working out of Vancouver, Calgary, Toronto and Montreal, IIROC sets high quality regulatory and investment industry standards, protects investors and strengthens market integrity while supporting healthy Canadian capital markets.

IIROC carries out its regulatory responsibilities given to it under a Recognition Order from the British Columbia Securities Commission and similar orders from its peer securities commissions across Canada. It sets and enforces rules regarding the proficiency, business and financial conduct of dealer firms and their registered employees and sets and enforces market integrity rules regarding trading activity on Canadian debt and equity marketplaces.

CARP (formerly known as the Canadian Association of Retired Persons) is a national, non-partisan, non-profit organization that advocates for financial security and improved health care for Canadians as we age. With over 300,000 members and local chapters across Canada, CARP plays an active role in the creation of policy and legislation that affects older Canadians. CARP works closely with all levels of government and collaborates with other organizations to advocate on health and financial issues.

Prosper Canada is a national charity dedicated to expanding economic opportunity for Canadians living in poverty through program and policy innovation. As a leading champion of financial empowerment, Prosper Canada works with government, business and community partners to develop and promote financial policies, programs and resources that transform lives and foster the prosperity of all Canadians.