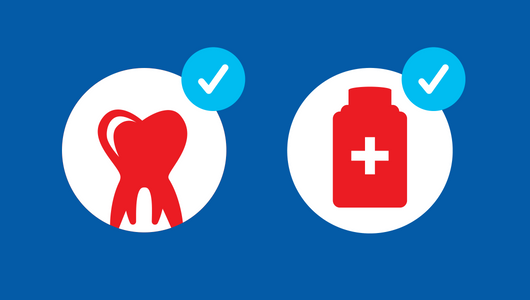 May 29, 2018 – TORONTO, ON: Ontarians believe that dental coverage is as important as pharma coverage. In a recent poll asking if the new Ontario government is only able to make a greater investment in one of these two areas: 44 per cent of CARP members would choose dental coverage, while 46 per cent would favour pharmacare.

“Eighty-three percent of our members polled believe that investments should be made in both dental coverage and pharmacare, so it’s no surprise they are split when forced to choose one area over the other. CARP members refuse to choose,” said Laura Tamblyn Watts, National Director of Law, Policy and Research for CARP. “The new government must find a way to make sure all Ontarians are healthy and have adequate access to both dental care and medications.”

Almost all respondents (97%) believe that it is ‘very important’ (73%) or ‘somewhat important’ (24%) for Ontarians to have affordable dental coverage. For seniors in particular, having access to dental coverage plans or the extra income to pay for a visit to the dentist can be hard to come by. Currently, the Ontario government does not cover dental care under OHIP, except for a few programs for those with very low income.

When asked if they have neglected or delayed their dental care due to cost, more than a quarter (27%) said that they did so occasionally; and almost a quarter (22%) did frequently or always.

“It is particularly worrisome to hear that so many of Ontario’s seniors delay or completely forgo necessary dental care due to cost,” says Tamblyn Watts. “Dental care is health care. Poor oral health has a significantly negative effect on your overall health.”

Dental health coverage also significantly declines once an adult retires. Indeed more than three-quarters, (79%) of respondents had dental coverage through their employer before retirement; yet only 37 per cent continue to receive some level of dental coverage post-retirement; and a further 37 per cent of those have seen a reduction in their coverage.

Fifty-six per cent of all respondents noted that they do not have a private dental plan right now.

In Ontario, a single person aged 65 or older with a yearly income above $19,300 after taxes pays the first $100 of total prescription costs each year (called the deductible) paid down each time a prescription is filled. In addition to the deductible, up to $6.11 is paid for each drug prescribed, filled or refilled; this is called the co-payment. Sixty per cent said they think expanding drug coverage would be a good thing, while and additional 21 per cent would like more information on what that would look like.

When asked if they have ever not filled a prescription due to cost, 15 per cent of members polled responded that they ‘sometimes’ (13%) or ‘often’ (2%) went without filling a prescription.

“Approximately 3.5 million Canadians say they can’t afford their medication,” says Marissa Semkiw, Director of Government Relations and Policy. “Many are skipping doses, splitting pills, or simply not filling prescriptions at all.”

CARP is supportive of dental and pharmacare programs that provide consistent and affordable coverage. Many of our members have told us they face some, considerable or extreme strain to pay for their medications. While Ontario CARP members report less difficulty than those from other provinces, no one should have to choose amongst housing, food and medication. In a 2017 CARP survey, eight per cent of CARP members reported considerable or extreme financial strain from buying prescribed medications. A further 25 per cent reported some financial strain.

This survey was conducted via email from May 10th to 17th, 2018 in Ontario; 2,308 CARP members responded. Members are generally aged 50 and over.

Read the full results of the poll here.

CARP is a non-profit, non-partisan association representing more than 300,000 older Canadians across Canada. We advocates for better health care, financial security and freedom from ageism. We’re supported by our membership, and valued corporate partners who offer members discounts and benefits. Visit: www.carp.ca.