89 per cent say government must address elder abuse, yet it has hardly registered this election - CARP
Join Donate Sign In 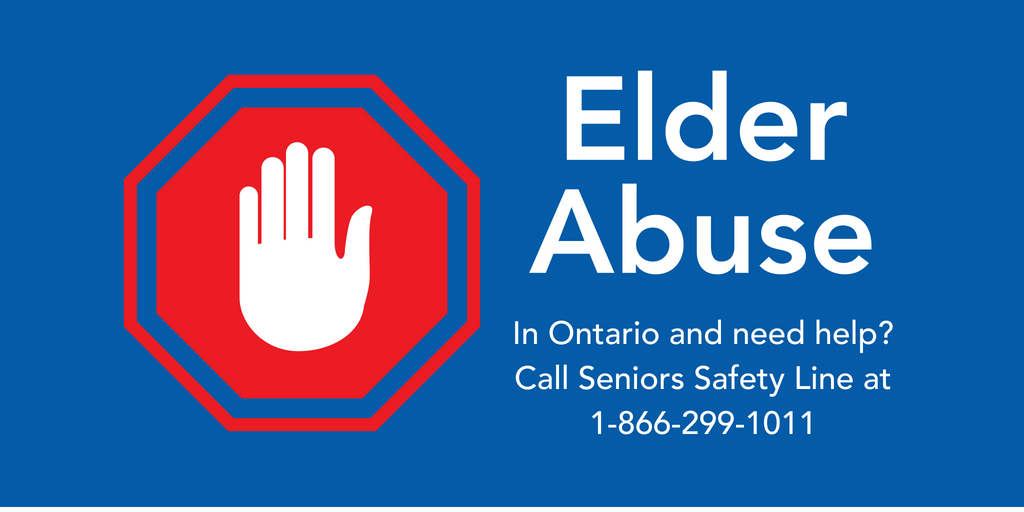 Wednesday, May 30, 2018 (Toronto) – An overwhelming eighty-nine per cent of CARP members believe the government should invest in preventing and responding to elder abuse, yet elder abuse has hardly registered in this election cycle.

According to a recent Ontario poll conducted by CARP and Elder Abuse Ontario, more than one-third (35%) of CARP members know someone who has experienced elder abuse. One-in-ten respondents admitted to having experienced it first-hand.

“Elder abuse is one of the most under-detected and under-reported forms of abuse,” said Tamblyn Watts. “CARP members reported significantly higher levels abuse of themselves, and of those they are close to, in this non-randomized poll as compared to a recent randomized study conducted by the NICE Network.”

NICE’s national elder mistreatment randomized sample study found that 8.2% of older adults in the community had experienced abuse in the last year alone.

Of those CARP members who experienced elder abuse, here are the most common types of abuse experienced:

When thinking about elder abuse, CARP members consider these to be the three most important gaps or needs:

“Right now there is no one easy place to report elder abuse, and no clear agency with the responsibility to respond. The Public Guardian and Trustee does its best with its limited mandate and even more limited budget. Police are increasingly becoming aware of the problem but again training and resources are slim,” said Tamblyn Watts.

“The system has to ensure mandatory education for professionals who work with older adults. Some industries like the investment sector are leading the way,” said Tamblyn Watts, such as the new work by the Ontario Securities Commission Seniors’ Strategy.

Learn more about the parties’ platforms and how, and if, they address elder abuse:

Helping Yourself or Others

Twenty-two per cent of CARP members have tried to intervene or provide support to someone experiencing elder abuse. Eight-six per cent of respondents are very, or somewhat, concerned with the availability of support services for older adults experiencing abuse.

In Ontario, people experiencing any form of elder abuse, or a family/friend concerned about a loved ones’ safety can call the Seniors Safety Line at 1-866-299-1011.

The Seniors Safety Line is confidential, anonymous and open 24 hours a day, seven days a week to those looking for help in Ontario. It’s also accessible in 150 different languages. Calls are fielded by highly trained professionals who can assist and provide safety planning and supportive counselling for those who are abused or those at-risk.

This survey was conducted via email from April 27 to May 4, 2018 in Ontario; 2,257 CARP members responded. Members are generally aged 50 and over.

CARP is a non-profit, non-partisan association representing more than 300,000 older Canadians across Canada. We advocate for better health care, financial security and freedom from ageism. We’re supported by our membership, and valued corporate partners who offer members discounts and benefits. Visit: www.carp.ca.

Elder Abuse Ontario (formerly known as ONPEA, The Ontario Network for the Prevention of Elder Abuse) is a provincial, charitable, non-profit organization focused on supporting the implementation of The Ontario Strategy to Combat Elder Abuse and has been doing so since 2002.

The framework of the Strategy focuses on service coordination, building local capacity of front-line workers, caregivers, and community networks, by providing public education and training of professionals/service providers and families of seniors, to raise awareness around elder abuse issues. The mission of the organization is to create an Ontario that is free from abuse for all seniors: Stop Abuse, Restore Respect.