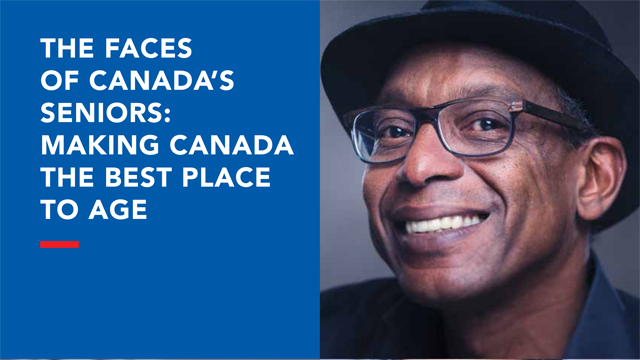 March 19, 2019 – Ottawa — CARP, Canada’s largest advocacy organization for older adults, is applauding the federal government for investing in the financial security of our seniors in today’s budget.

“We also are very pleased to see some funding for a National Dementia Strategy, increases to the New Horizons for Seniors Program and automatic enrolment in CPP for adults over 70. Investments in digital connections and municipalities will also reduce social isolation and improve aging in place.”

Last October, CARP released its national policy platform, The FACES of Canada’s Seniors.  It calls on the federal government and all parties to commit to specific, measurable improvements in five key areas that matter most to our members.  The five areas for action are: Financial Security, Abuse Prevention, Caregiving and Housing Supports, Exceptional Healthcare and Social Inclusion.

“CARP’s FACES platform provided the government with a clear roadmap for improving the lives of Canadians as they age,” said Watts.  “We are pleased the government has listened to the voices of CARP’s 320,000 members by implementing some of our key recommendations.”

While the investments announced in today’s budget are positive, CARP will continue to put pressure on the government to take action on defined benefit pension protections, housing and caregiver supports and a fully funded national dementia strategy.

“Today’s budget was good for seniors, but there is still work to be done,” said Bill VanGorder, CARP Board Member and National Chapter Spokesperson. “With the federal election only seven months away, CARP will continue to push all parties to take action on the issues that matter most to our members and to all Canadian seniors.”