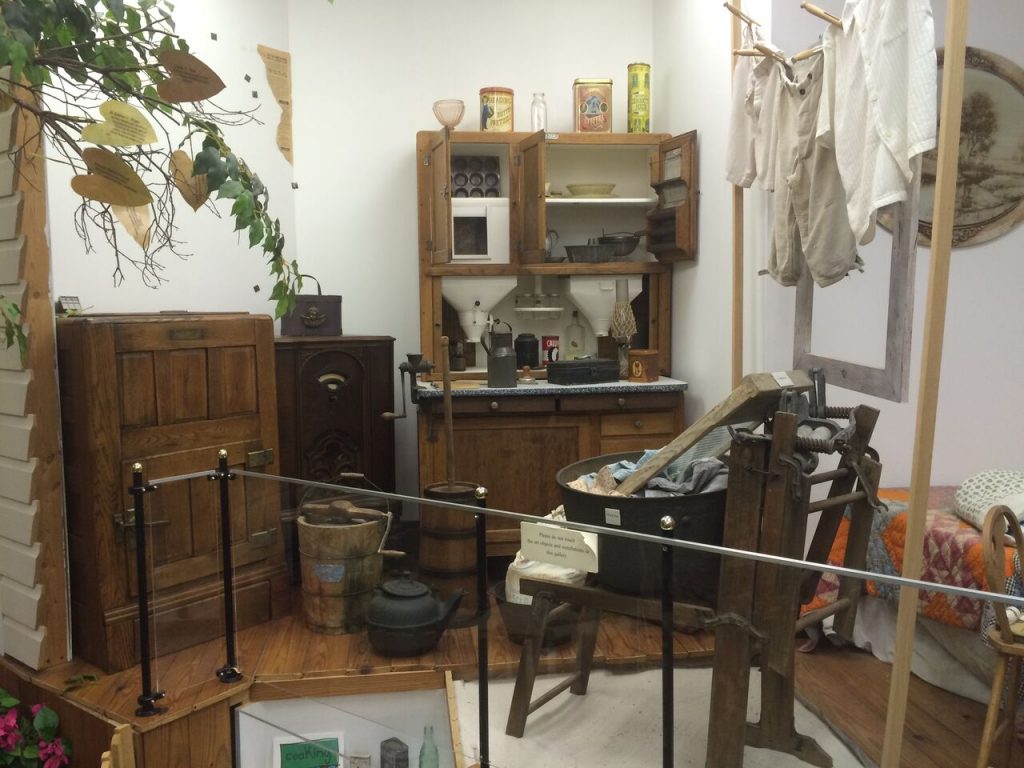 A small museum with a personal guide who knows many of the people honoured inside, I couldn’t have asked for a better visit than I got at the Old Dillard Museum in Fort Lauderdale, Florida. It’s housed in the Old Dillard School, which was the first public school built for black children in the city. Old Dillard operated as a school from 1924 to 1950, when students were moved to a new school. Community support kept the old building from being demolished, and it was named to the National Registry of Historic Sites in 1991. The museum opened in 1995.

The knowledgeable Tony Thompson gave a two-hour tour of Old Dillard when I visited, chock full of stories and history. Thompson is an accomplished playwright and actor, whose plays include the stories of Frederick Douglass and the Greensboro Four, the story of students who led sit-ins at the Woolworth’s counter that turned into a national movement. He’s a great interpreter of the museum and the time it commemorates.

The school was built in 1924, when African-American schools only went up to 6th grade. The first principal, Joseph Ely, spoke seven languages, and expanded the school to higher grades. But even so, in this agriculture-based community, the school was closed every year from Thanksgiving to Easter for the winter crop season.

In 1937, when they were looking for a new principal, the great American educator Booker T. Washington recommended his student, Clarence Walker. Under Walker, the school achieved its first twelve-year graduating class. He also won the fight against the Board of Education to eliminate the midyear closure of the schools. But white farmers protested, and the school board revoked its decision a year later. When Walker went back to argue the case again, the board refused to change its decision. “He went home that night and died of a broken heart,” Thompson told me. “But the community kept up the fight, and four years later they finally succeeded.”

A replica classroom is set up, with desks, photos and memorabilia. Another room pays tribute to the school music program. Saxophonist Julian “Cannonball” Adderley directed the high school band between 1948 and 1950, later moving to New York City where he worked with Miles Davis and produced his own music. Even today, the Dillard High School jazz ensemble competes nationally, winning the Essentially Ellington competition at Lincoln Center twice in the last eight years.

But the museum is more than a tribute to the school – it’s a history of the African-American community in Fort Lauderdale and Broward County.

One of the trailblazers honoured is Sylvia Aldridge. Aldridge was a powerful member of the community, running an employment agency for black women looking for work as maids and hotel employees. She also started Victory Cabs, a taxi service to help African- Americans get to work.

Thompson shared the story of why Aldridge spearheaded the effort to build a black hospital. “In the mid-1930s, there was a terrible car accident where both whites and African-Americans were injured,” he told me. “Victims were taken to the local hospital, where whites were taken inside to be treated, and African-Americans were left on the front lawn. Some of them died.” Aldridge led the drive to raise funds, with her trademark phrase, “I’ll get right on it, honey.” And in 1939, the hospital opened.

Thompson made the museum come alive through his personal stories of the locals. Having lived in Fort Lauderdale since 1978, he has known many of them. One such person is Niara Sudarkasa, a brilliant student at Dillard who became the first African-American woman to teach at Columbia University, and later was president at Lincoln University in Pennsylvania. “When she retired, she moved back to Fort Lauderdale,” Thompson explained. “I was on the board of directors at the African-American research library, and we invited her to become Scholar in Residence.” He remains close to her: “Right now we’re planning her 80th birthday party!”

I asked if any of his plays had been inspired by the museum. He told me about My Soul is a Witness, a book produced by the museum in 2001, which relates the history of the black community in Fort Lauderdale. “It inspired my play, Just Us: From Bean Pickers to Presidents.” His play celebrates six community leaders, including Sylvia Aldridge, Niara Sudarkasa, and Eula Johnson, businesswoman and president of the local NAACP chapter, who helped desegregate Fort Lauderdale beaches in the 1960s by leading a series of wade-ins.

I loved the gorgeous exhibits on African textiles, body art, and the secret language of quilts on the Underground Railway, all of them as interesting as they are lovely to see. An area devoted to everyday life showcases items like a washboard, butter churn, and old-fashioned radio. “I remember listening to The Creaking Door and other shows on a radio just like this,” Thompson said.

At the end of the tour, he showed me one of his favourite rooms, the Minds On, Hands On gallery for children and young people. “It’s important for them to see and appreciate artifacts created by people of colour all over the world,” he said. The museum went all out to make that happen. The Dogon people of West Africa are known for their painted houses, so the museum invited a Dogon artist to come to Florida and paint the hut in the museum. Visitors are invited to play musical instruments on display, which include Shakare shakers, Mbira thumb pianos, and a variety of drums. 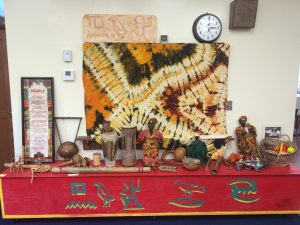 I asked him what he liked most about working at the museum. “I love it when former students come in and introduce themselves,” he said. “They tell me stories about their days at Old Dillard. Just this week, someone came in whose parents were both teachers at the school. I learn so much every time a former student visits.” And he performs for school children, acting in character as early luminaries like Dr. Calvin Shirley, the first black ob-gyn in Broward County.

I’ve just scratched the surface of what I learned at this incredible museum. Thompson also shared stories about:

Tony Thompson works at the Old Dillad Museum five days a week, from 11 am to 4 pm. Don’t miss this incredible opportunity to learn about the history of Fort Lauderdale and Broward County through the eyes of this insightful guide and fine man.