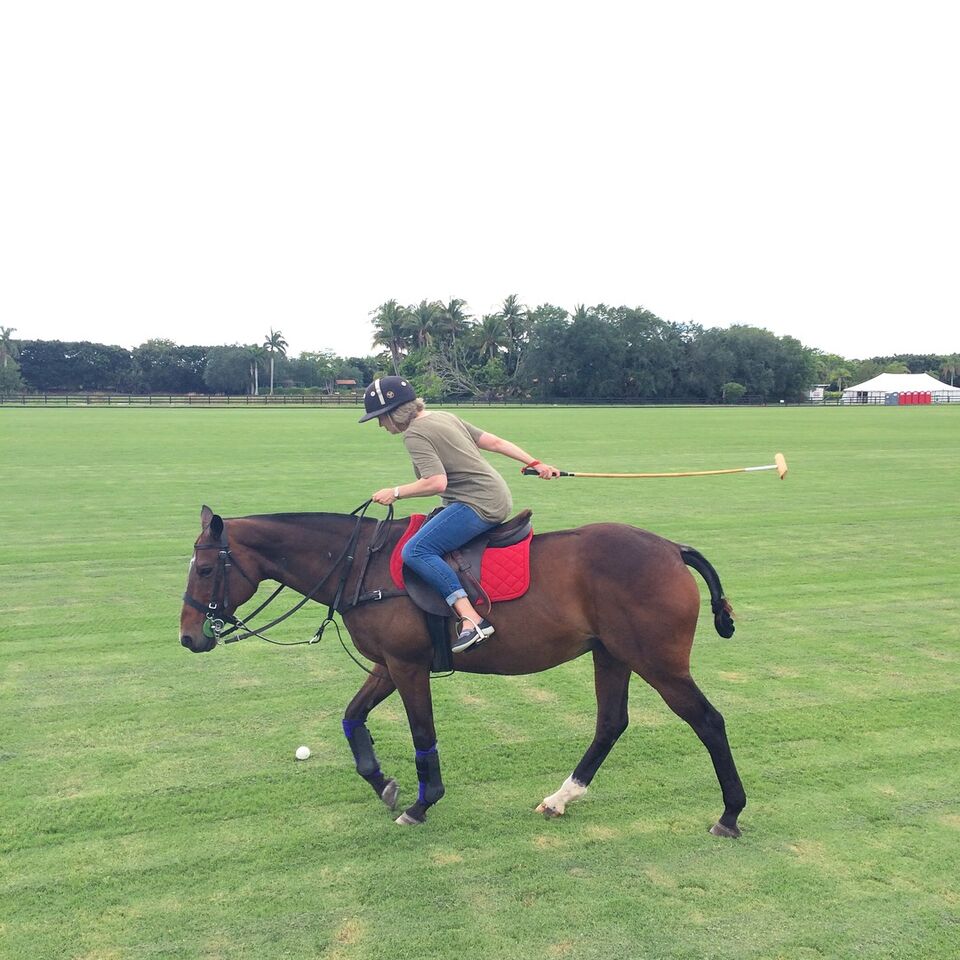 When I heard I’d be taking polo lessons from an instructor named Gates Gridley, I could imagine exactly what he must look like. A gray-haired, grizzled stable hand, who’d lived most of his 80 years in a tack room, cigarette dangling from the corner of his mouth. Basically Jack Palance in City Slickers.

Picture my surprise, then, when I walked into the stable at the International Polo Club in Palm Beach, Florida and met an affable young man, who has lived most of his 25 years in a tack room

I’d never been to a polo match, so when I heard I’d be visiting Palm Beach, I asked if I could attend one. Alas, the season had just ended, I was told, but how would I like to take a polo lesson?

I should clarify that not only do I not play polo, I don’t know how to ride, either. So I’d actually be learning two sports at once. Which makes sense, because I was approximately as graceful as someone learning to skateboard and play tennis at the same time.

Gates was courteous from the outset. He gave me Osa, a gentle ten-year-old mare, to ride. Since I didn’t have riding boots, Gates wrapped my legs to prevent them from being hit by the mallet. Even more importantly, he also wrapped Osa’s front legs. If I hit my own shin I’d probably bruise and limp a bit, and then I’d get over it. If I accidentally hurt Osa, I’d never forgive myself.

Palm Beach is the international winter equestrian capital, hosting some of the most talented players in the world.

Also – at least on this occasion – one of the least talented.

But despite my lack of skill at either sport, the lesson was a ton of fun. Osa was kind and calm, and I felt genuinely at ease on her back. And the feeling of victory any time I made contact with the ball was as exhilarating as if I’d just scored in the Argentine Open.

Here’s some of what I learned:

If you’re in Palm Beach over the winter, try to catch a polo match at IPC. You can get seats in the stands or, for a deluxe experience, champagne brunch on the pavilion. But if you’re there in the off-season, don’t miss the unique opportunity to take a polo lesson. Even if you’re learning two sports at once.

Where to take polo lessons: