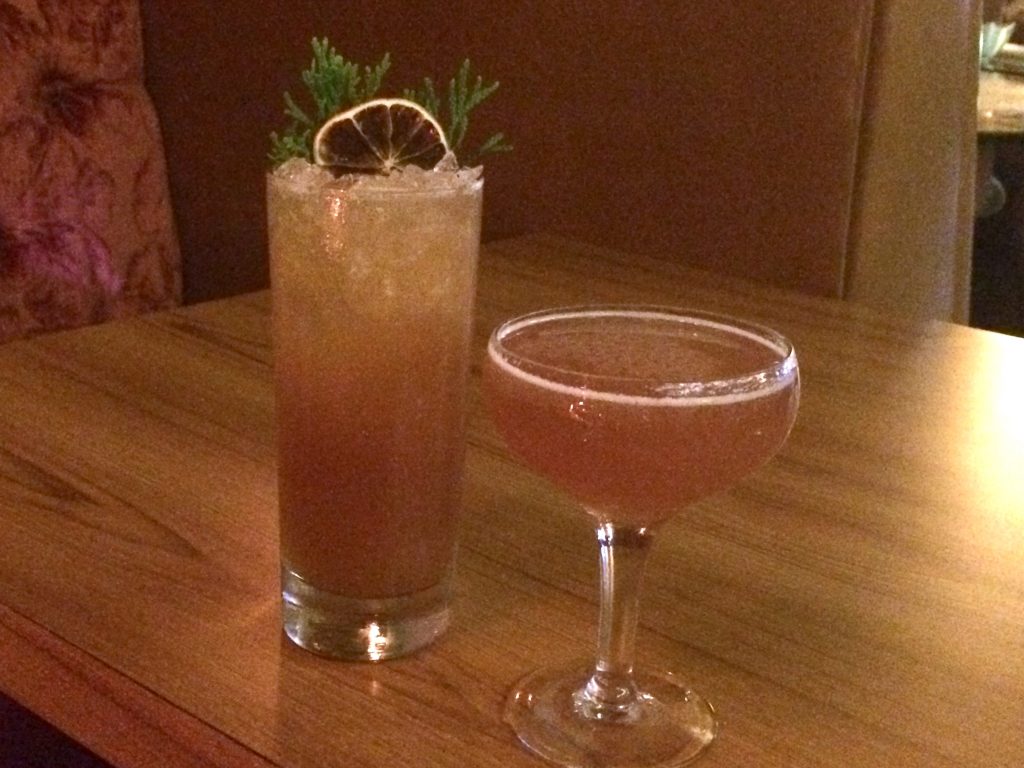 Toronto is one of the most multicultural cities in the world, and one of the ways that plays out is the incredible diversity of food available. Add two world-renowned wine regions within a short drive of the city, and you’ll see why there’s no shortage of excellent food and drink to choose from when you visit.

So if you’re from out of town, where do you start?

Enter Mackenzie Putici, founder of New World Wine Tours and Eating Through TO. A sommelier and former actor, Putici offers a variety of drink and food experiences in Toronto, and day trips to the wine regions of Niagara Falls and Prince Edward County.

I joined him on a recent Cocktail + Tapas tour along College Street in Toronto. I was looking forward to an evening of great food and drink. And after living in Toronto for nearly 30 years, I wanted to see what I could learn.

It was a warm summer evening, and Putici met me, along with four other guests, on the patio at Bar Raval, one of the most gorgeous eating places in the city. Bar Raval is known for two things. The first is its distinctive décor: with all its fluid shapes and curves, it might have been designed by Antoni Gaudi. In fact, the bar is named for the El Raval section of Barcelona that hosts Gaudi’s Park Guell and La Rambla, a pedestrian street full of bars and restaurants.

The second thing Bar Raval is known for is its fabulous Spanish food, in particular tapas and pintxos.

Putici explained the derivation of the word tapas. “Tapar means ‘to cover’ in Spanish,” he said. “Spanish bartenders used to cover their customers’ drinks with a slice of bread to protect them from flies. One shrewd owner added meat or cheese on the bread so more people would come to his bar. Eventually all the bartenders became more creative and that’s how tapas evolved into a cuisine.”

If southern Spain is known for its tapas, then the equivalent in the northern Basque region is pintxos, a bread base with meat, cheese or vegetables, served on a toothpick or skewer. In a traditional Spanish restaurant, you’d show your toothpicks at the end of the night so staff would know how much to charge you.

We sampled Mushroom Towers (pintxos) and Octopus a la Plancha (tapas), but my favourite was the deceptively simple Tomato Bread, with a tomato sauce so fresh and flavourful, it must have come straight from the garden via Abuela’s kitchen. Given a choice of three cocktails, I opted for the Mal Gusto. Spanish for “tastelessness”, it was anything but; bursting with fresh lime flavour, it was grounded perfectly by the absinthe.

Our second stop was at Dai Lo, a restaurant known for its Cantonese/French fusion. Dai Lo is one of my favourite restaurants in town (don’t miss the fried watermelon!), but I’d never been to the second-floor bar, LoPan. Birdcage-style lamps gave light to the narrow room, decorated in an Asian theme with a French sense of refinement.

The Five-Spice Daiquiri reflected this style, with its zingy citrus and ginger notes. It was the perfect complement to the small plates the group shared – crispy confit duck wings, delectable Hakka pork and shrimp dumplings, and perfectly spiced shishito peppers. A tiny rooftop garden behind the bar ensures produce is as fresh as possible.

“This is one of the top spots for Toronto chefs and kitchen staff to come after work,” Putici said, and it isn’t surprising. Backed by chef Nick Liu (“Dai Lo” is Cantonese for “big boss,”) and sommelier Anton Potvin, this is one of the most respected spots in town.

Our final stop was Mrs. Robinson. The walls of this 70s retro-styled bar are lined with LPs, and the playlist leans heavily to funk and soul music. Some nights they host live musicians.

Putici found Mrs. Robinson when he was scouting for a bar to include on the Cocktail + Tapas tour. “I saw the funky wallpaper and decided to pop my head in for a closer look,” he said. “I ended up at the bar, chatting with the bartenders and trying some of their cocktails and bar snacks. I sent an email to their manager that night and a couple of weeks later we made it official.”

The hardest thing I did here was choose just one of the cleverly named drinks. I opted for Lost Loves, with a base of fig-infused rye, but if you twist my arm I’ll go back and order an Endorsed by the Queen (made with gin, of course). The food was great across the board – the corn on the cob topped with Cajun feta smash was unexpected and refreshing, while the mac and smoked cheddar was as smooth as Barry White on vocals.

But I have a special place in my heart for the fried okra with sweet creole mustard, one of the most addictive bar foods I’ve ever eaten. The combination of sweet and salty made it irresistible. Thank goodness it was a vegetable – it must have been healthy.

Putici said, “I hoped to find a place that guests may wish to linger after the crawl, or have as a good jumping-off point for a night out in Toronto.” He couldn’t made a better choice – I’m already making plans to go back.

At the end of the evening, Putici gave us a list of other recommended restaurants to visit, both well-known and off-the-beaten-path. (If you want that list, you’ll have to take his tour!)

And if cocktails aren’t your thing, try Putici’s sake tour, the distillery experience, or the Queen West pastry crawl. And if you have a day to spare, don’t miss his out-of-town wine-tasting trips.

Notes: The author took the Cocktails + Tapas tour as a guest of New World Wine Tours, who did not review or approve this story.