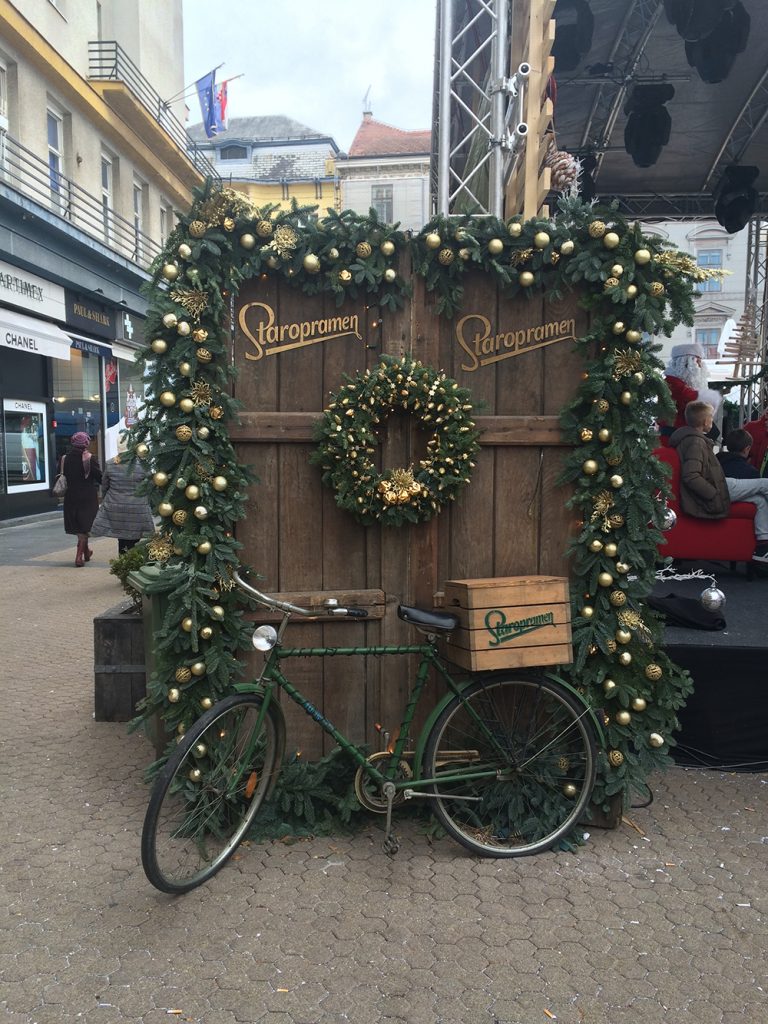 If someone asked you where the best Christmas market in Europe was, how would you answer?

You might think of Strasbourg, France, whose half-timbered buildings serve as a backdrop to the market, or Vienna’s display at Schonbrunn Palace, or one of Germany’s many traditional markets.

But only one European city was named best Christmas market in Europe for three years running: Zagreb, Croatia.

What makes Zagreb’s market so special? It might be that it isn’t held at a single location – there are 26 different markets, which means the festivities are spread across the city. I visited the Zagreb Advent Market last winter, and realized that it’s probably a combination of the sheer number of markets and the love that goes into each of them that makes its Christmas celebrations so special.

It was a chilly evening when we stood in central Ban Jelačić Square, waiting for the official opening ceremony of the Advent Market. I was grateful for my warm hat and mittens; the cold weather made the white-boughed Christmas trees throughout the square seem like they were actually covered in snow. 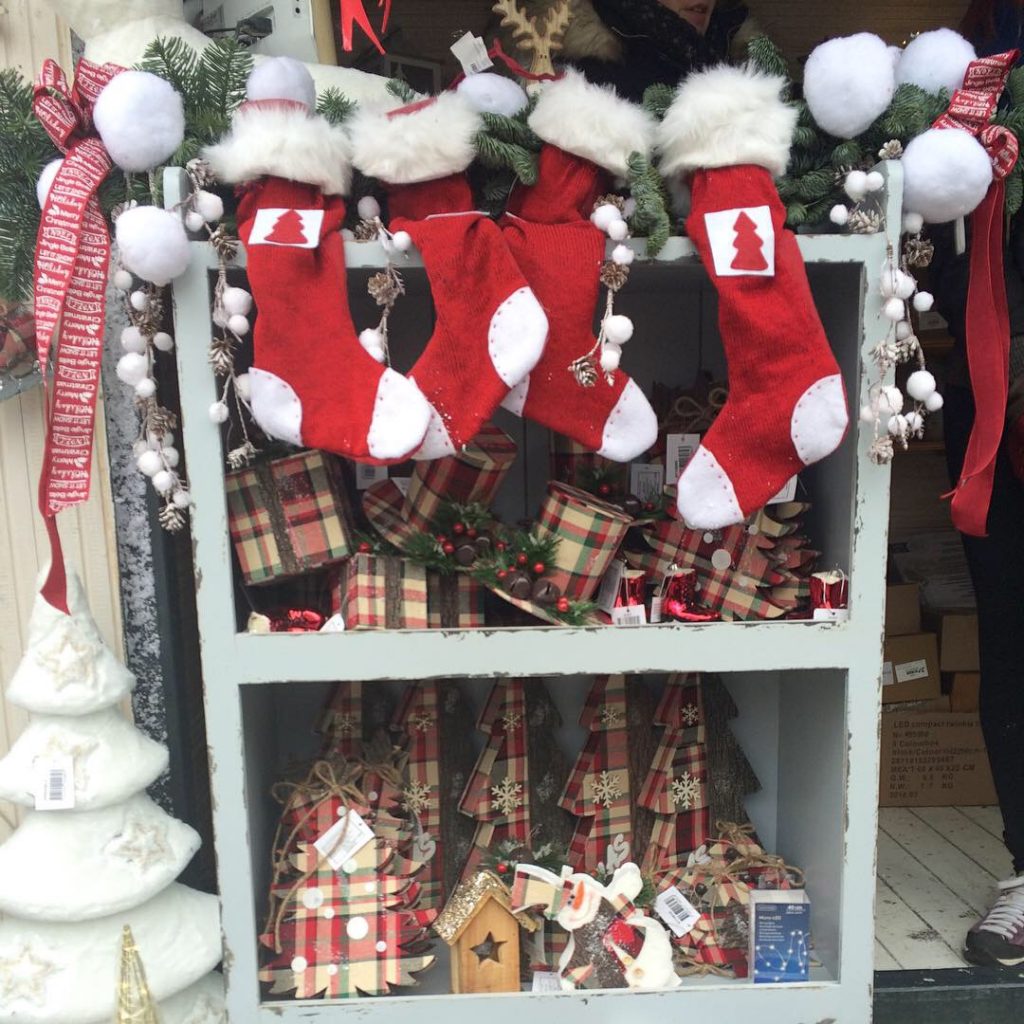 A buoyant crowd filled the square to watch the lighting of the first advent candle in an enormous wreath, wrapped around Manduševac Fountain. Even those of us who weren’t close enough to see the giant candles or the dancers who participated in the ceremony could hear the festive music and gasps of pleasure as the first candle was lit. Tourists took selfies with the trees and Christmas booths in the background, while a sausage vendor did his best to keep up to the lines in front of his stall.

Once the first Advent candle was lit, Zagreb’s other Christmas markets opened. One of the most beautiful was Ice Park at King Tomislav Square. The opening ceremonies involved a skating show that told a Croatian folk tale, which we watched while sipping on hot buttered rum. At the end of the show, visitors were invited to skate along. 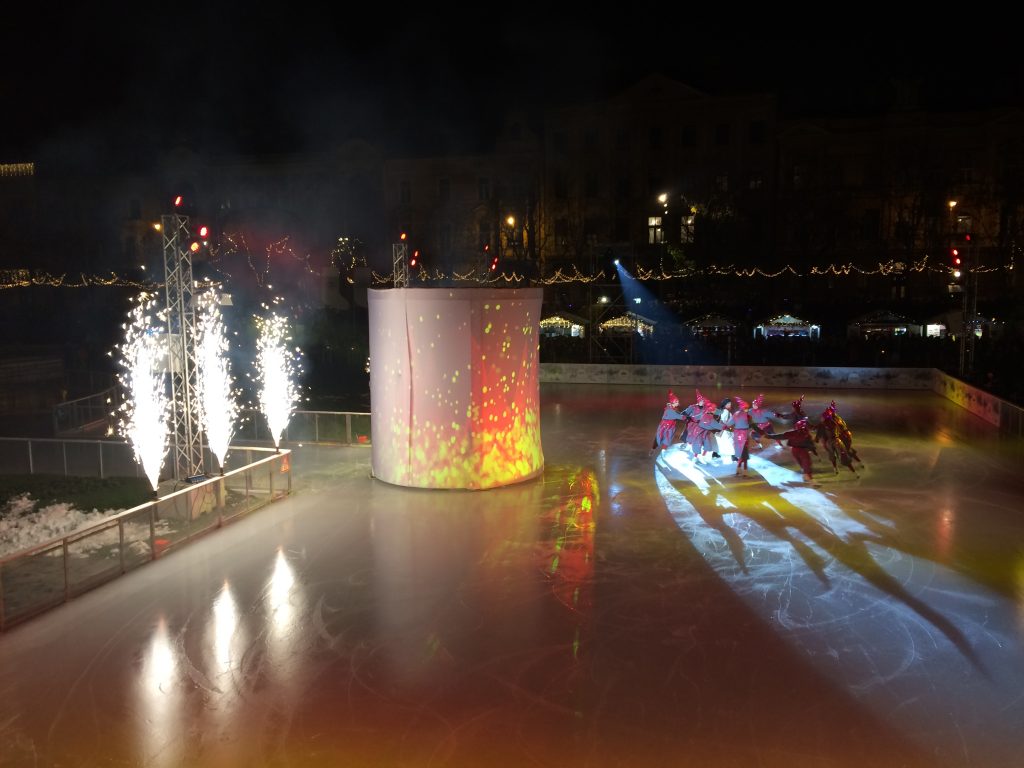 Advent on Zrinjevac is probably the closest thing Zagreb offers to a traditional Christmas Market. Zrinjevac Park is set up with Christmas trees, fountains and gazebos decorated with a multitude of lights. Unlike at Ban Jelačić, the lights were so widespread that we could all see when they were turned on. Paths through the park were lined with little white shacks selling food, drinks, crafts and souvenirs. I fell in love with the Fritule, tiny round doughnuts dipped in powdered sugar. 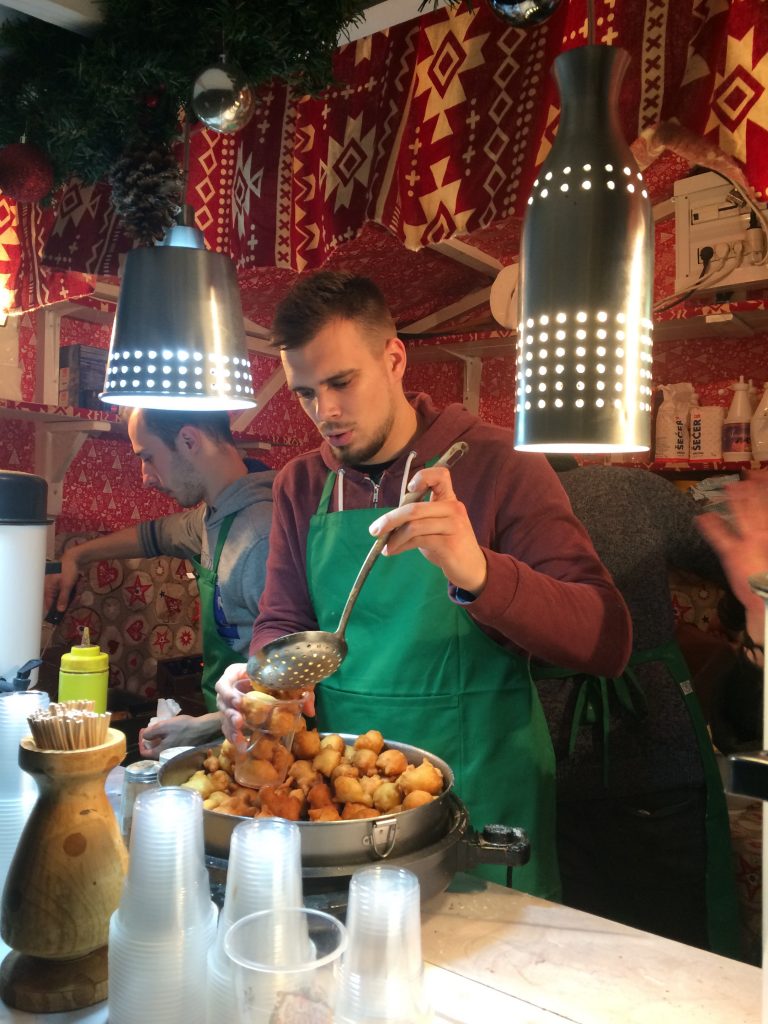 If you want to see more of the markets that make Zagreb so special, stop by Maksimir Park, the most popular location for families; visit the pedestrian streets lined with Christmas booths; or go to Fuliranje, voted the best market in Zagreb, where some of the city’s top restaurants offer traditional Croatian and international selections.

The author was a guest of the Croatia National Tourist Board and Turkish Airlines, neither of which reviewed or approved this story.

How to get there

Turkish Airlines: I had the most comfortable flight of my life travelling to Zagreb in Turkish Airlines’ business class. From the lay-flat beds to the awesome food and delightful service, it was an experience to remember. (If that wasn’t enough, the adorable Turkish slippers sealed the deal.) 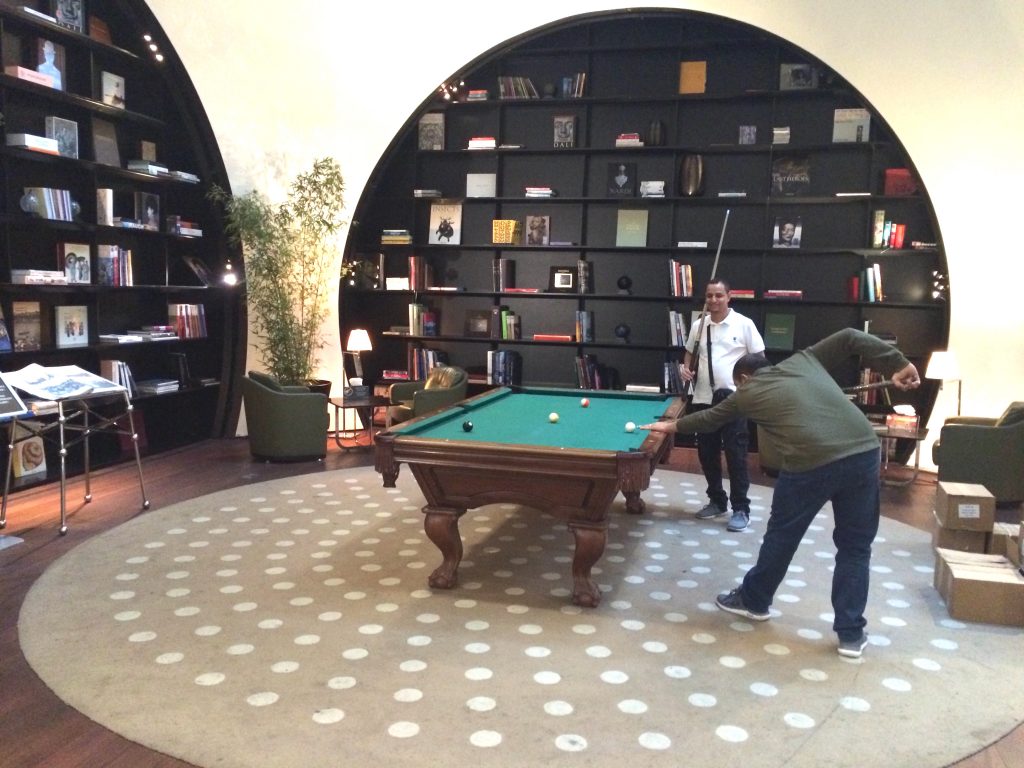 If you have a long enough layover, take advantage of Turkish Airlines’ “Tour Istanbul” program, which lets travellers see some of the city’s highlights. Otherwise, don’t miss their impressive lounge at the Istanbul airport. If you’re looking to play pool, mini-golf or the piano, you can do all of that and much more in the lounge.

Turkish Airlines flies direct from Toronto to Istanbul, with a connecting flight to Zagreb once daily.

Amadria Park Hotel: Amadria Park is a short walk from Ban Jelačić Square and its impressive Christmas market. The hotel serves a delicious buffet breakfast with custom-made options, and staff are eager to please. Jurišićeva 22

Otto + Frank: Delicious food on one of the prettiest streets in Zagreb. Come for dinner, and stay for the lively atmosphere. Tkalciceva 20

Caffe Bar Finjak: If you’re in Zagreb during Advent, visit charming Caffe Bar Finjak. Every year the owners decorate the coffee bar in a different Christmas theme. (When I went, the theme was “Candy Bar,” with oversized tin soldiers and candy canes standing guard outside.) I loved sitting on the heated patio, sipping my tea from under a warm blanket. Vlaska 78

Once you’ve seen the Christmas markets, save time to see the rest of the city:

The Museum of Broken Relationships: Opened in 2009, this museum is the most popular in Zagreb. The owners collected souvenirs, letters and stories that resulted from broken relationships. Displays include Post-It Notes, bike repair equipment, acupuncture pens, a wedding gown, and a VHS tape of a wedding that had been run over by a car, stabbed with a screwdriver, shot with a rifle, sawed in half, chopped with an axe, and then burned. Ćirilometodska ul. 2 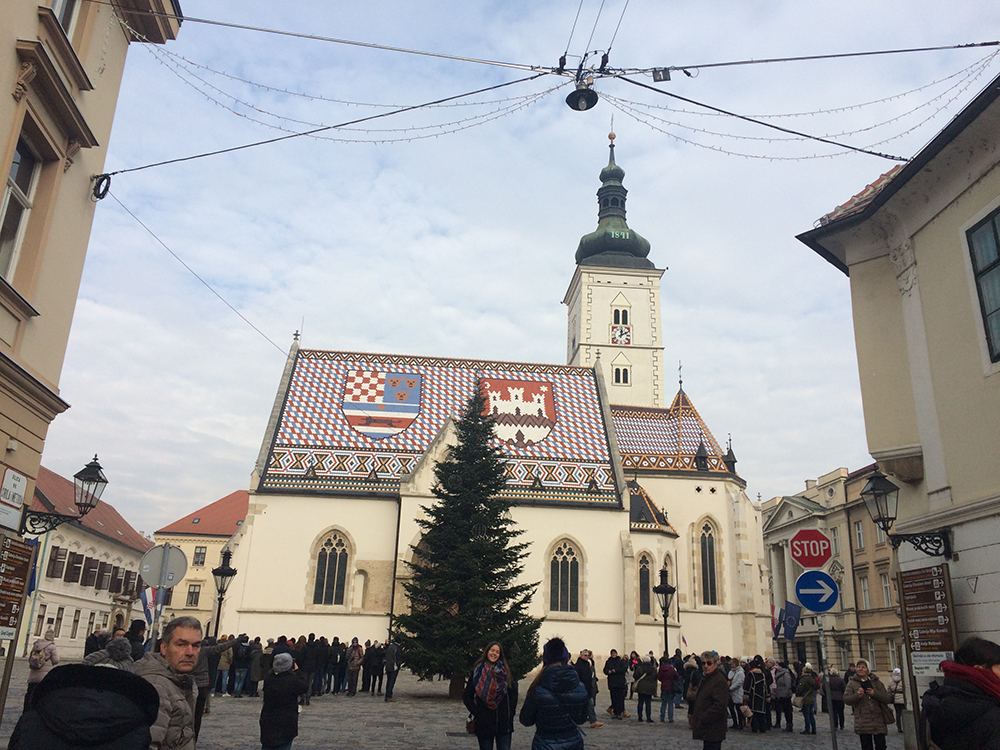 Lotrščak Tower: Brace yourself if you’re standing anywhere near the tower at noon. In the late 19th century, the townspeople complained that the church bells weren’t loud enough. The mayor responded by adding cannons every day at noon.