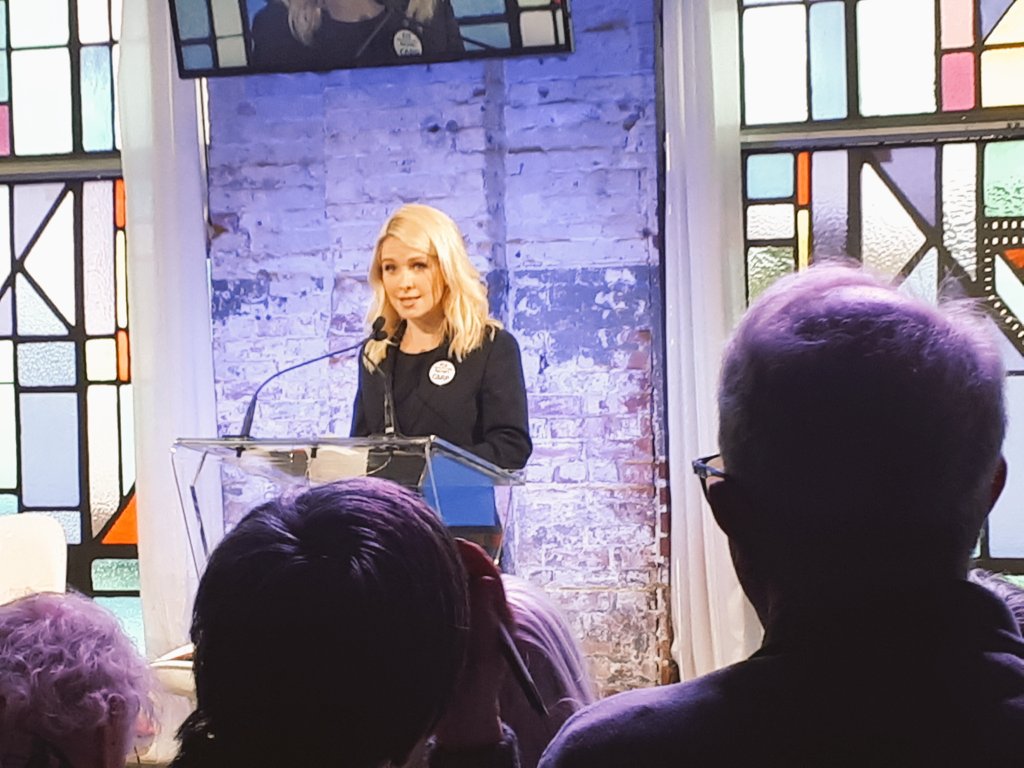 On Feb 27th, CARP unveiled the most ambitious advocacy campaign in its history: Fix Health Care Now. The event brought together a full house of CARP members, CARP Chapter representatives, board members and supporters, and kicked off a year of advocacy with the goal of pressing all levels of government to fix our failing health care system.

#seniors have the power to shape government. #fixhealthcarenow or we vote you out #healthcare pic.twitter.com/EQtUV6s11x

In a speech to an enthusiastic audience, Marissa Lennox, Chief Policy Officer, announced that CARP was calling on federal and provincial leaders to bring Canada into the top five countries in the world for health system performance, before their next election. Letters were sent to Prime Minister Trudeau and all provincial and territorial First Ministers, clearly stating this demand.

Ramona Kaptyn, President of CARP White Rock-Surrey Chapter and Bill VanGorder, Senior Spokesperson for CARP Nova Scotia Chapter spoke about a lack of parity across provinces and territories by highlighting the harsh realities in their respective regions.

Canada’s health care spending is near the top, among OECD countries, yet our results are near the bottom. This is an issue that affects everyone, regardless of age.

With the campaign well underway, #FixHealthCareNow is set to make a lot of noise this year—noise that is sure to capture much-needed attention to focus on the issues that matter most to +320,000 CARP members across Canada.