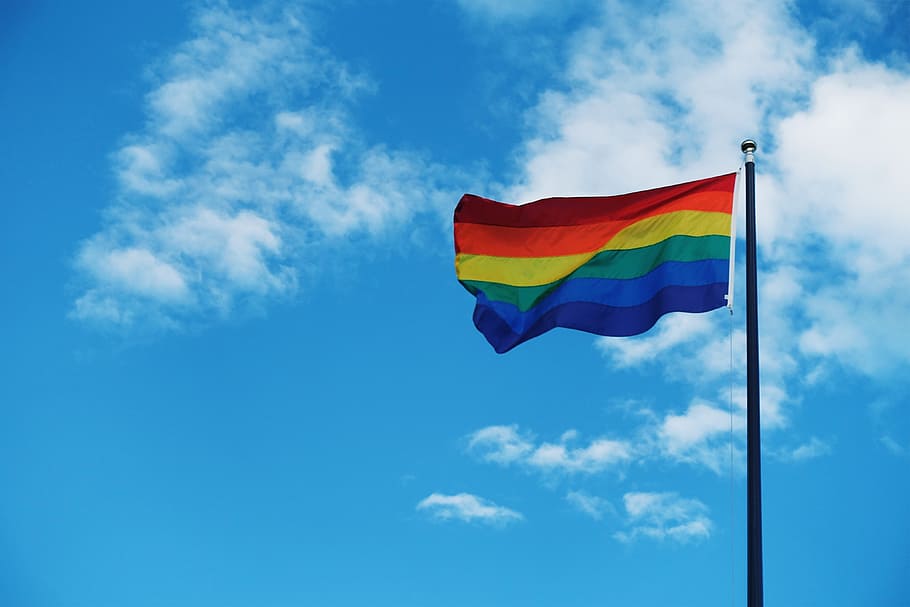 Pride is more than a parade. At its core, Pride is a political movement—a collective protest that has grown over the years into how we know it today.

Born out of the fight for equal rights for LGBTQ2+ people, Pride is a global month of action and celebration, with communities across Canada bringing their own regional flavour to the festivities. It is at once educational and engaging, bringing together people from all walks of life under a shared rainbow of diversity and inclusion. While Pride welcomes vastly different people of every persuasion, they all have one thing in common—a desire to see all Canadians treated equally, regardless of sexuality, race, gender identity, religion or any other label that might be used as an excuse to compromise their basic human rights.

Canada has a rich history of societal milestones that served as a catalyst for Pride in Canada, many of which are not widely known. What follows is a brief timeline of the events that led us to where we are today:

Roughly 100 people from Ottawa, Montreal, Toronto and the surrounding areas gathered in the pouring rain at Parliament Hill for Canada’s First Gay Liberation Protest and March. They presented a petition to the government with a list of ten demands for equal rights and protections.

Pride Week 1973 was a national LGBT rights event held in August 1973 in several Canadian cities, including Vancouver, Toronto, Ottawa, Montreal, Saskatoon and Winnipeg. Programming included an art festival, a dance, picnic, a screening of a documentary and a rally for gay rights that occurred in all the participating cities.

This event represented a shift in focus to gay liberation, and introduced the concept of ‘pride’.

On Feb. 5, 1981 Toronto police stormed four gay bathhouses in the city as part of what they called “Operation Soap,” and arrested just under 300 men. For the majority, charges were later dropped or dismissed.

“Operation Soap” is one of the largest mass arrests in Canada and it was 35 years later, in 2016, that Toronto’s police chief formally apologized for the raids.

The term Two Spirit (niizh manidoowag) is coined at the third annual Native American/First Nations Gay and Lesbian Conference in Winnipeg. The term allows Indigenous LGBTQ+ people to reject other English terms that impose the Western views of gender and sexuality on Indigenous people.

1995: Sexual orientation included in Canadian Charter of Rights and Freedoms

The Supreme Court rules on 25 May, 1995 on the case involving Jim Egan and Jack Nesbit, two gay men who sued Ottawa for the right to claim a spousal pension under the Old Age Security Act. The court rules against Egan and Nesbit. However, the Court ruled that Section 15 of the Charter — which guarantees the “right to the equal protection and equal benefit of the law without discrimination” — should include sexual orientation, even though it is not specifically named in the section.

On September 14, six male officers from the Toronto Police raided Club Toronto during an all-female LGBTQ event. This event resulted in protests and pickets of the Toronto police’s 52 Division.

In 2002, an Ontario provincial court judge ruled that police were wrong to raid the party and a 2005 class action lawsuit and complaint to the Ontario Human Rights Commission resulted in a $350,000 settlement which included a formal apology in writing and required the force to establish cultural competency training for all members regarding the LGBT community.

Michael Leshner and Michael Stark became the first same-sex couple to be issued a marriage license and marry in Toronto, Ontario after the ruling by the Ontario Court of Appeals.

The unanimous Court found that the exclusion of same-sex couples was a clear violation of the Charter of Rights & Freedoms, the court ruling allowing same-sex couples to marry would take effect immediately.

Bill C-38 bill became federal law which gave same-sex couples the legal right to marry. This made Canada the fourth country in the world to allow same-sex marriage.

On June 19, Bill C-16 was passed by the federal government and received Royal Assent. The bill updated the Canadian Human Rights Act and the Criminal Code to include the terms “gender identity” and “gender expression.” The legislation also makes it illegal to discriminate on the basis of gender identity or expression.

It also extends hate speech laws to include the two terms, and makes it a hate crime to target someone for being transgender. The bill also amends the sentencing principles section of the code so that a person’s gender identity or expression can be considered an aggravating circumstance by a judge during sentencing.

Julie Lemieux won 48% of the vote to become Mayor of Très-Saint-Rédempteur, a municipality in the Montérégie region of Quebec.

This marked the first time a transgender person was elected as mayor in any municipality across Canada and the first female mayor in the history of Très-Saint-Rédempteur.

2019: WHO declares transgender is not a mental disorder

On May 23, the World Health Organization (WHO) voted to remove ‘transgender’ from being designated a mental disorder.

Though much progress has been made in ensuring LGBTQ2+ people, including seniors, enjoy the same rights and privileges of their peers, there is still more work to be done.

As mentioned in our previous post, LGBTQ seniors are more likely to face discrimination, harassment and social isolation than heterosexual (straight) people of the same age.

Knowing where we come from is the first step in getting to where we want to go. That’s why knowing the history is important, as we continue the fight for equality.

If we all act as an Ally, reaching out a helping hand to someone in our community who needs our support, we can make Canada a greater place to age for everyone.

Think all seniors deserve to live with dignity and respect?