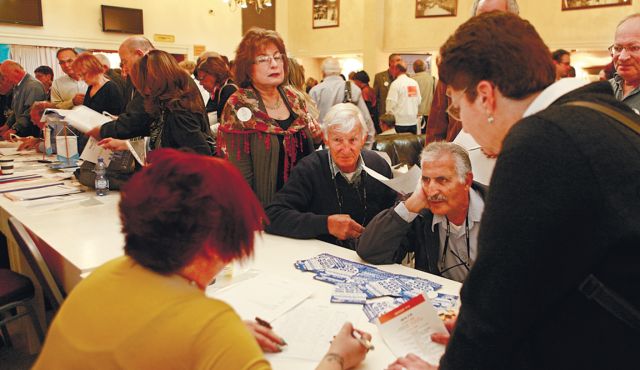 Why fighting ageism during COVID-19 is more important than ever
Ellie Berger, PhD
Guest Column

We are living through a time now where everything is unprecedented. Because of COVID-19, things are changing every day, and we look to health care professionals, media, friends, and family to help us understand and make sense of this new reality. So much of what we see in the media is alarming, sometimes unnecessarily so, but it also exposes things that might have been just under the surface prior to this time. One such example is ageism – the prejudice or discrimination against people because of their age.When this pandemic started, people over the age of 65 were labelled by health authorities as “vulnerable” and told to stay home to protect themselves. Not only did this lead to social isolation for many, but being labelled vulnerable also heightened some well-established stereotypes concerning older people, including that of being weak and frail. The image presented in the media was that COVID-19 was primarily dangerous for older people. As a result, inter-generational tensions began to present themselves. Terms like “boomer remover“ first appeared in social media to reflect the perceived insignificance of this older generation and that “removing” them might somehow be a good thing. Vastly contradictory images were presented of young people partying in large groups while older people were isolated and dying in long-term care facilities.

Months have passed and we know (only slightly) better now that even people who were otherwise healthy are having severe reactions to this disease and many people of all different generations with underlying medical conditions are reacting poorly as well. This is something that can affect all of us. Nevertheless, although the discourse in the media has somewhat changed, ageism continues to increase. When death tolls are cited, it seems almost acceptable now that the majority of deaths occur in long-term care settings.

The focus has now turned to vaccines. Unfortunately, discussions surrounding who should receive vaccines first and whether they should be given based on age are contributing to even more inter-generational tensions. Chronological age is often used as a marker in our society. In some areas, this has served us well, such as the legal age to drive or vote. In other ways however, this is infringing on our human rights. For example, mandatory retirement was created at a time when individuals did not live until age 65, yet it continues to be a marker of old age in our society. It was eliminated in 2006 in Ontario, but employers still have the ability to discontinue health insurance for their employees at age 65 – evidence of continued ageism. In fact, age discrimination starts as early as age 45 in the workplace and strikes even earlier in certain industries where technology plays a large role, for example.

Older workers have been the hardest hit age group during the pandemic. Employers who need to downsize will often get rid of their most expensive workers, irrespective of the experience and wisdom they provide to their organizations. Once unemployed, older workers experience ageism in the job search process and face the longest periods of unemployment, compared to younger workers, and this was the case even before the pandemic. Myths concerning older workers’ abilities abound and lead to the lack of retention, training, promoting, and especially hiring of older workers. Because COVID-19 is affecting older people more significantly, it seems employers have yet another reason to be hesitant to hire them. Many people are now facing prolonged periods of unemployment and as such are not financially prepared to retire. The social and economic consequences of this pandemic will be felt by many for years to come.

Furthermore, arguments surrounding the rationing of health care by age are rampant and many surgeries continue to be denied to those over a certain age. Why is there less value placed on people’s lives because of their age? While I would argue that chronological age should not be used as a marker to limit health care and employment, should it be used as a marker if it benefits older people? In the interest of protecting people who are most at risk of serious complications and death from COVID-19, the answer is yes. But we need to find a way to contextualize this so that negative biases and inter-generational tensions do not become insurmountable. It is only through a change in attitudes that this can occur.

With all of the challenges presenting themselves during the pandemic, why do we need to add ageism on top of it? We need to come together as a society to fight this and that means all people regardless of age, gender, race, etc. While improvements have been slow in the areas of sexism and racism, the discourses around them are finally changing and people are being called out for discrimination in these areas. The same cannot be said for ageism. This is surprising considering the fact that ageism has the potential to affect the largest number of people.

We need to stop ‘othering’ and dehumanizing older people. We need to stop referring to older people as “the elderly” and recognize that people over the age of 65 are not a homogenous group. We need to step up and protect our parents and grandparents, particularly those in long-term care facilities who are experiencing social isolation on top of everything else. We need to have more programs to foster inter-generational relationships that start early because this is one way that ageism is prevented. We need to have more positive images of older people in the media and not just focus on aging as a time of decline, feeding into the anti-aging industry. It is only when we start to change this narrative that attitudes and behaviours around aging will start to improve.

For those that cannot seem to shake the “us” versus “them” mentality perhaps there is another way to paint this picture to get people to stop and pay attention. We need to take care of the older people in our society, but we also need to take care of ourselves. We need to pause and examine our own deeply entrenched biases. Ageism is often based on our own fear of aging, and this becomes reflected in negative self-talk (e.g., having a “senior moment”) which in turn leads to negative self-perceptions. A growing body of research is showing that ageism can lead to poor health as we age.  We need to turn things around now. We need to not only do the right thing and help those who are currently older, but we also need to do this in order to help our future aged selves.