“GET YOUR SHOT TOGETHER!” - CARP
Join Donate Sign In 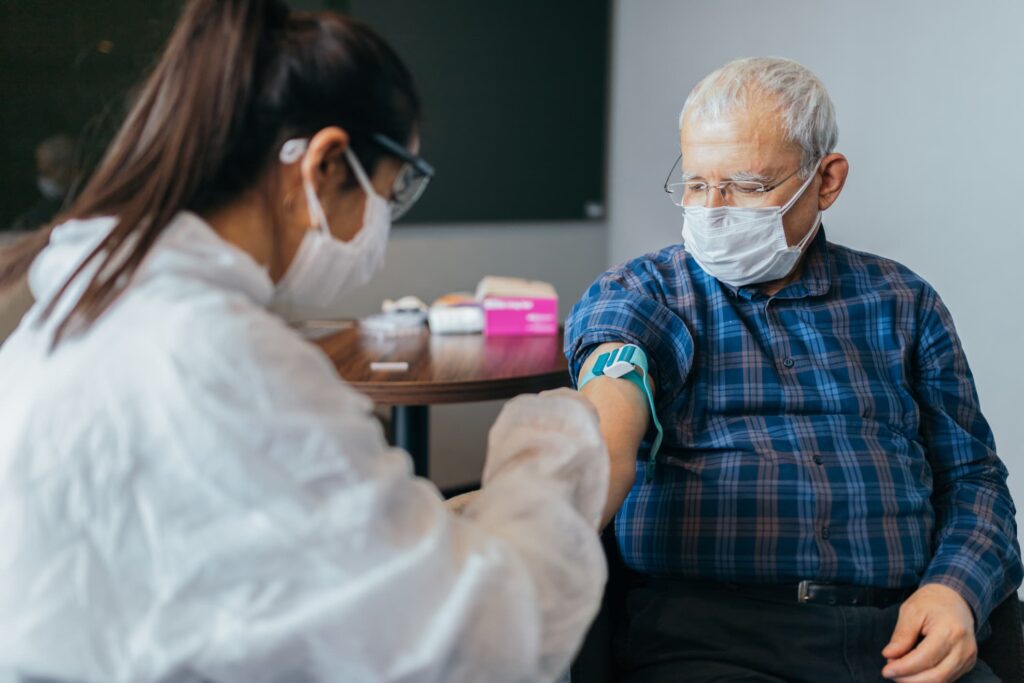 Get your shot together, Canada!

C.A.R.P. calls on governments to do better – much better – on COVID-19 vaccines.

The COVID vaccine is a reality – but in Canada, not so much.

Canada lags far behind other countries in delivering the vaccine where it belongs – into the arms of Canadians. Despite impressive-sounding statistics as to how much was ordered (enough, if you  can believe the feds, to vaccinate every Canadian seven times over), and blithe reassurances about how much is on the way, the blunt reality is that only 2% of Canadians have received the first shot – less than a third of the percentage achieved by the USA so far, and a twentieth of what Israel has accomplished.

And as for the doses that are in our possession, and that it’s up to the provinces to dispense, the performance to date is not reassuring. In Ontario, for example, the launch was botched and the delivery strategy is still unclear, with changing dates and targets for where the priorities lie – seniors in nursing homes, or all people eighty-plus, or seventy-plus, etc. To be fair to the provinces, the cupboard is bare, pending promised future deliveries from Pfizer, so it’s understandable that there would be some scrambling and improvising.

But overall, Canadians have a right to be disappointed. Once again – as with the lockdown rules, as with the mandatory-or-not wearing of masks, as with regulations governing visitors to nursing homes – we’ve seen politicians and bureaucrats issue unclear, confusing and often self-contradictory pronouncements.

And we’ve watched as the rest of the world does better. Way better.

C.A.R.P. has a number of urgent questions for Prime Minister Trudeau:

Did the government delay confirming things with Pfizer and Moderna because of Can-Sino? And how could the government sign a deal giving it ownership – apparently – of the intellectual property behind the CanSino vaccine, but no control over its distribution or revenue?

The problems of vaccine supply become even more unacceptable when we consider that, in Ontario, Premier Doug Ford promised an “iron ring” of protection around nursing homes, following the disastrous first wave of the pandemic. Yet there were effectively no preventive inspections during the summer, when the first wave had receded, and the nursing homes were again hit hard in the second wave. Then the Minister of Health, Christine Elliott, declared that the vaccines were the iron ring. The vaccines – not any actions by the Ministry of Long Term Care. (C.A.R.P.’s petition calling on the Premier to fire the Minister, Merrilee Fullerton, has over 6,400 signatures.) But if the vaccine is the iron ring and there is not enough vaccine – now what?

“We’re trying hard to be fair here,” says Bill VanGorder, “and make every allowance for the huge and unprecedented challenge that COVID-19 represents. Even so, we are left with an unacceptable record at both the federal and provincial levels – late, inadequate, reactive rather than proactive, and with a total absence of clear, consistent, coherent communication. To all governments, we have a simple message: Get your shot together! It won’t be long until the next election.”