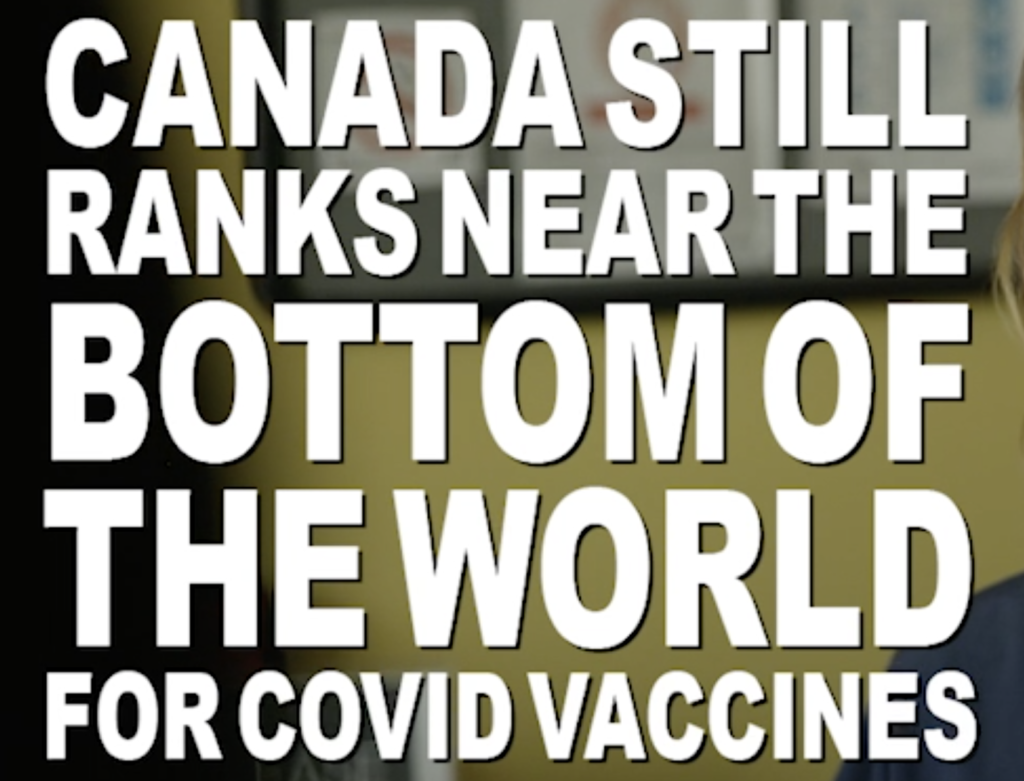 The commercial shows a hospital waiting room where a number of individuals – each representative of a different country – wait to be called in to receive their vaccine. Just as the Canadian arrives to check in, Israel is called to receive a vaccine, and then other countries are called in, one by one, ahead of Canada. Exasperated, the Canadian asks the receptionist when his turn will come. She says she doesn’t know; he’ll just have to wait. “Canada,” she sighs, rolling her eyes.

Unfortunately the commercial is deadly accurate. Israel leads the world in the speed, efficiency and completely of its vaccination program, while Canada languishes near the bottom.

“Not only didn’t we get enough vaccines quickly enough,” says Bill VanGorder, C.A.R.P.’s Chief Operating Officer, “but because of that shortage, the government has taken the medically risky step of stretching out the time gap between the first and second shots. While the manufacturers recommended four weeks, Canadians have to wait four months. This is particularly serious for seniors.”

VanGorder emphasizes that C.A.R.P. is holding governments accountable for a level of performance that other countries have achieved. “We’re not dreaming up some impossible standard here,” he said. “We’re simply asking why Canada’s health care system can’t deliver what other systems can, and do. It’s just plain not acceptable – and we are mobilizing our 325,000-plus members to make this the election issue in the upcoming elections at both the federal and provincial levels of government. Our members are furious, and politicians had better understand that there will be consequences for these terrible results.”