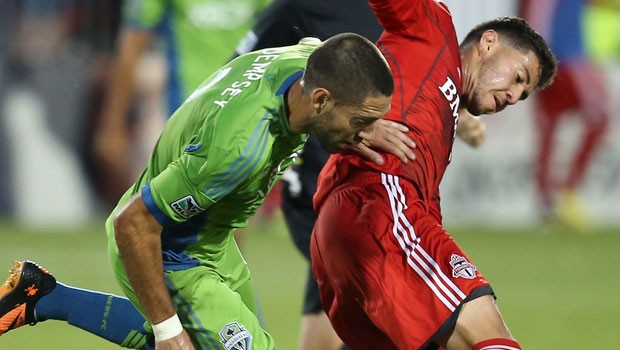 Toronto FC (TFC) is a Canadian professional soccer club based in Toronto, Ontario which competes in Major League Soccer (MLS). Toronto became MLS’s fourteenth team in the league, and first Canadian team, upon the league’s expansion in 2007. The team plays home matches at the soccer-specific BMO Field, located in Exhibition Place along the Toronto lake shore.