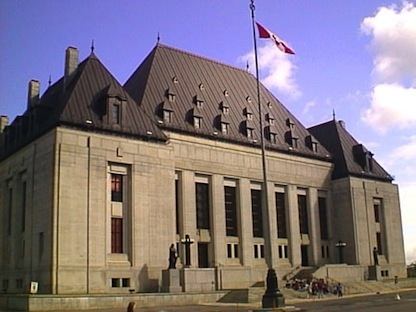 The Supreme Court of Canada showed pensioners’ to the back of the line again in a company’s bankruptcy. That’s the upshot of Friday’s decision in the Sun Indalex case that had Bay Street on tenterhooks ever since the Ontario Court of Appeal decided that the unfunded deficiencies in its pension plan stood ahead of the amount owing on a last resort loan.

The legal reasoning takes you well into weeds of pension and bankruptcy law – topics most of us studiously avoided in law school. But if you’re interested, here’s some background

The bottom line is that while Ontario legislation attempts to protect pensioners’ right– by treating current contributions and deficiency payments as a trust when a pension plan is wound up – the bets are off when the company becomes insolvent and enters into insolvency proceedings which take place under federal law.

In that forum, the company might get the court’s permission to seek last resort financing which is only offered if the lender gets its money back first, even ahead of secured creditors like banks or mortgagees [“super priority”]. Once the court approves that financing [“debtor-in-possession” financing or “DIP loan”], the DIP lender stands ahead of the pensioners’ trust, along with all the secured and unsecured creditors.

This doctrine of “paramountcy” – when provincial and federal laws conflict, the federal law will apply – was assumed to govern in such cases. The Ontario Court of Appeal decision that set pensioners’ hearts aflutter and Bay Street into a spin – appeared to side step that principle.  The Supreme Court has restored the paramountcy of the federal paramountcy doctrine. So the DIP loan trumps the pensioners’ trust.

The Court of Appeal ruled that this breach of the fiduciary duty towards the pensioners gave rise to a constructive trust equal to the full pension plan deficiency. The Supreme Court thought otherwise. A majority agreed that there had been a breach of the fiduciary duty but a constructive trust was the wrong remedy. Instead, the conflict could have been resolved if adequate notice had been given to the pensioners to argue their case in the hearing to decide whether to allow the DIP loan and grant it super-priority.

There is a silver lining. The Supreme Court confirmed that the deemed trust covers accrued deficiency payments as well as the current contributions. If a company merely winds up the pension plan without going into insolvency or bankruptcy proceedings, then the pensioners’ trust will have priority over the security interests of other secured creditors. Further, the Court found there to be an inherent conflict of interest when a company also serves as the pension plan administrator which requires it to properly address the conflict – which in this case was to give proper notice so that steps could be taken to better represent the pensioners’ interest at the hearing. The Court could then appoint counsel to represent them separately from the company or  the Company could withdraw as Plan administrator and have a third party plan administrator appointed.

The net result is that the position of pensioners pursuing their rights is modestly improved with more clarity about what amounts they are entitled to and some procedural protections that will enhance their ability to argue for them. But too often, as in this case, they still will not get their money.

Federal legislation is needed to change this status quo, specifically to give full weight to provincial legislation which protects pensioners’ rights.

For more on CARP’s reaction to this decision, click here to listen to CARP VP of Advocacy Susan Eng’s interview with Jane Brown on AM740.