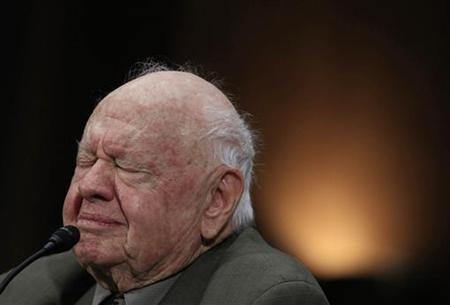 CARP has been fighting for the end of elder abuse for many years.  Despite significant progress, including greater public awareness of the issue, support for caregivers, and legislative changes to the criminal code, elder abuse is still too common an occurrence.

Elder abuse is defined by the World Health Organization as “a single or repeated act, or lack of appropriate action, occurring within a relationship where there is an expectation of trust, which causes harm or distress to an older person”. The abuse can be psychological, physical, sexual, financial, and neglect, and because they are often related, victims are likely to experience more than one type of abuse at one time. Elder abuse is still a widespread problem, stretching across social, cultural, and economic boundaries, and it is time that we see its end.

CARP has been fighting elder abuse for many years, but March 2011 marked the turning of the tide. CARP called on then Minister for Seniors, Julian Fantino, to address and act on the tragic report of a grandmother forced to live in the family’s garage throughout a Toronto winter. CARP urged the Justice Minister and the Seniors’ Minister to take on legislative action to prevent elder abuse, support victims, and improve the justice system’s ability to investigate and prosecute criminals.

The hard work paid off as a federal election promise to introduce stiffer sentencing for elder abuse was delivered. In December 2012, Bill C-36 became law. This means that those convicted of elder abuse can face exacerbated sentences when found guilty. This was an important success in combating elder abuse but it is one step of many still needed to fulfill a comprehensive approach to ending elder abuse.

Provinces are taking action but still lacking a comprehensive strategy

Provinces have begun to take action on elder abuse, but more needs to be done. British Columbia has created a legislative framework to protect and support vulnerable adults, victim support services, an elder abuse hotline, and protection for elder abuse whistle blowers.

Nova Scotia released an elder abuse strategy this year and Ontario created a Senior’s Strategy that includes services and supports to prevent elder abuse, more elder abuse training for police, and greater public education about Power of Attorneys, which are a significant source of financial abuse. Ontario now has access to 211, a not-for-profit information phone-line staffed by people trained to help callers find resources and services concerning elder abuse.  And just recently, the Ministry of Health announced that they will be doubling the number of inspectors for LTC homes in an effort to reduce cases of elder abuse.

Despite these and other key successes, we still hear of too many elder abuse cases that could and should have been prevented. In early 2012, we heard of an elderly widow whose personal support worker abused her and took control of her home and life savings. Nursing home abuse and neglect incidents continue to happen, including the elderly woman who was stuck in an elevator for over 24 hours, the woman who died after waiting for an ambulance for 3 hours, and two elderly women who were attacked by a fellow resident. These are only a few of many more stories of abuse that often go unreported or unknown.

More can be done to prevent elder abuse and ensure the safety of seniors, especially those who are more vulnerable and living in institutions. The provinces’ actions and commitments still fall short of a comprehensive strategy that may have prevented many of the above cases. CARP continues to call for this comprehensive strategy that addresses the different needs and gaps.

CARP is calling for:

1.     Elder Abuse Hot Line – A single point of first contact: 911 or a 1-800 line – widely known across the country, with the capacity to re-direct to local service agencies, and sensitive to cultural and linguistic needs.
2.     Duty to Report reflects social responsibility. There must be clear guidelines for action and intervention, protection and the professional investigative capacity to respond to such reporting.
3.     Added Caregiver Support – Greater support for the 2.7 million Canadians now caring for loved ones at home by providing targeted financial support along with training and clinical support.
4.     Specialized Investigative Support for existing criminal offenses.
5.     New Criminal Offence of Elder Abuse – if warranted following a review.
6.     Victim Support Services and elder shelter – ensure uniform and adequate access to specialized support across the country.

Read CARP’s Submission to the Ministerial Roundtable on Elder Abuse in 2012.