The Middle-Aged Guide to Growing Up: Aftermath - CARP
Join Donate Sign In 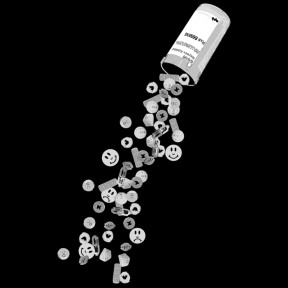 I’m a Boomer, old enough to break instead of bruise, and at that point where recovery from a simple bit of blunt trauma can take forever if it ever happens. I had a car accident two weeks ago, as regular readers of this column know. I wrapped my beloved Mazda 3 ramp rocket around a metal lamppost, rolled it, then drove it home.

The car was written off by the insurance company, which made me very sad, as I loved it, and thought Id never find another like it – black exterior, 17 inch alloy wheels, black leather interior, power everything, oversized motor, roof, tunes and ice as they say in the business.

I turned to the Auto Trader, propped up with pillows in my swivel chair, sucking on Percocets. I had broken two or three ribs in the accident, and though the damage wasn’t severe, my whole chest had been shaken out of alignment, breathing was difficult and coughing agony. The Percocets, which were fast-acting, and the Oxycodone, which was time-released, combined to make me feel warm all over, and dull the pain to an ever-present pressure I could feel, but which didn’t stab at me.

The drugs were a double-edged sword – They worked, and they worked too well. I was taking the Percocets, which are intended for brief moments of breakthrough pain, every 4 hours just because they were fun. The Oxycodone, which worked over 12 hours, laid a bed track of pleasure on which the Percocet played the melody. Like I said, too much fun.

I stopped taking the 12 hour Oxycodone first. Wikipedia said to taper off it to avoid withdrawal (it IS an opiate), but I just stopped and bought Extra Strength Advil and ate more of them than I should have. Occasionally, the pain would peak, and Id take one of the Percocets, but the Advil worked almost as well, and I wanted to end up with painkillers left, not asking for more. I stopped using the Percocets.

Now I understand exactly how post-op, back pain or rehab patients get addicted to painkillers. I could see a path of comfort which could lead in that direction if you weren’t vigilant, and if your doctor just wanted to make you feel better. I used to wonder why prescription pill addiction was so common. Not anymore.

So, a week after they hauled my car away, now off the opiates and thinking clearly, I started looking at cars. I made spreadsheets, sorted by trim level, colour, year, odometer reading, everything. Leather was hard to find. So was the oversized motor. I narrowed it down to a list of 10 cars, all within about 30 miles, and arranged with my brother to go car-shopping. Our first stop would be a place which listed two of my top ten.

When we got there, way out in the north end where the used cars live, it was like a cornucopia. Mazda 3s everywhere, inside the showroom and on the lot. Nothing but Mazda 3s, that was all this place sold. New ones, old ones, cheap ones, dear ones and several just like mine. I picked one, spotted a little rust spot on the trunk, and picked another. I put down a deposit on my credit card and we went home. My brother said it was the fastest car-buying experience hed ever heard of.

I was getting the car for a fair price, but I thought Id have to add to the insurance settlement to afford it.. When the adjuster called, my approved settlement was $1000 more than I was paying for the identical car. When I called my insurance agent to transfer the policy, she said I was paying less to insure the identical car. So, at the cost of several broken ribs, and a great deal of discomfort, I had actually made a profit by totaling my car.

I picked it up yesterday. It had a new car smell, even though it was used. It was shiny and clean and the trunk was spotless and empty. I drove it home very carefully, and it was the same rocket – responsive, tight, quick and maneuverable. That’s the car. Now if I can just get me responsive, tight, quick and maneuverable, because I’m afraid I’m still pretty balky, creaky, slow and clumsy. and its been two weeks. Unfortunately, there’s no dealership where I can get my pick of replacements for myself.