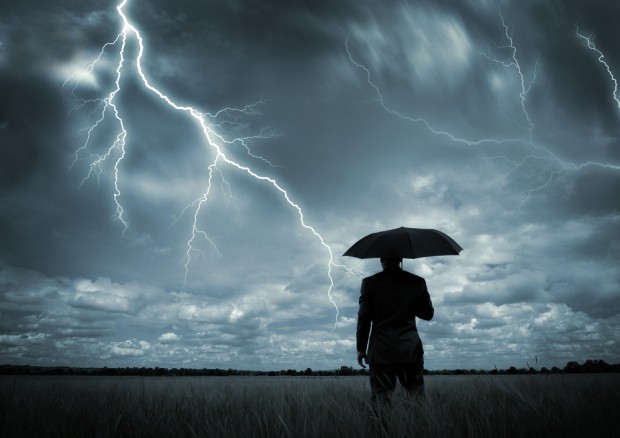 In the name of getting tax money out of us sooner, the Government of Canada continues to force retirees to outlive their savings – pushing the elderly, despite their savings and frugality, onto provincial welfare rolls and out of their homes if savings dry up completely. A quick look at the the decline in fund balance and the increase in life expectancy we’ve seen in the past 22 years makes that possibility very clear: 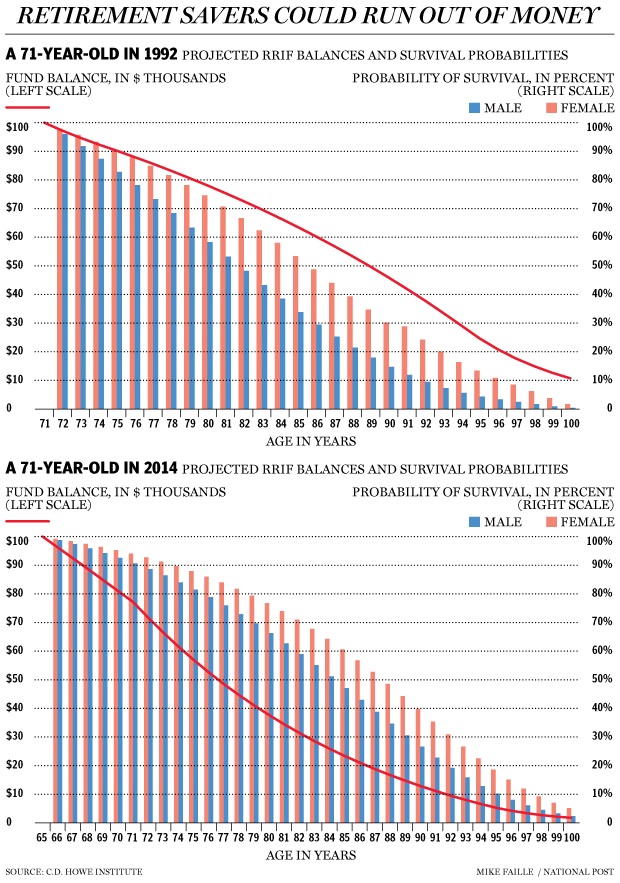 The problem lies in the fact that the new rules put in place in 1992 mandated that RRIFSP-holders must convert savings into annuities or RRIFs and withdraw a specified percentage of the capital every year after starting at the age of 71 – at which point the tax-sheltered savings become taxable as they’re withdrawn.

The rules were originally established to stretch the funds to age 90, but there are two major problems with this scenario: first, many more Canadians are now living beyond age 90; and secondly, rates of return on these savings have plummeted to near-zero levels.

This means that withdrawals are higher than the amount RRIF-holders can earn on their investments. This is certainly the case for many older people who have invested in “safe” government bonds – in effect, lending the government money. Those bonds paid 8.5% in 1992 – now they pay less than 3%.

CARP has long pushed for a change to the rules. We did, in fact, succeed in getting the obligatory withdrawal percentages reduced by 25% in the 2008-2009 taxation year, but given the ongoing low-interest environment, this is far from enough.

Although cash-strapped governments want the taxes on RRIF withdrawals to assist with deficit reduction, this is an illusion. The funds will be taxed no matter when they come out, and destroying the ability of older Canadians to live on their own savings ends up being a much costlier proposition for the public purse.

As Ellen Roseman, the Toronto Star’s consumer columnist, says: “Governments impatient for revenue should not force Canadians to run down their tax-deferred assets prematurely.”

Please participate in this week’s CARP poll on the subject of RRIFs and savings, and be assured that CARP continues to push your interests in this matter very hard.

The prestigious C.D. Howe Institute recently published a report entitled Outliving Our Savings: Registered Retirement Income Funds Rules Need a Big Update, by
William B.P. Robson and Alexandre Laurin. CARP published a precis and a response to this study in the last issue of CARP Action Online. To read CARP’s article on the C.D. Howe report, please click here. Here was the crux of the report’s findings:

Almost all members have (or will have) RRIFs, and one half agree that current withdrawal rules put them in danger of outliving their savings, where half as many do not agree. Half want the mandatory withdrawal rules eliminated and fewer want the amount of the withdrawal reduced. When asked directly two thirds agree mandatory RRIF withdrawals should be done away with entirely. Click here to view an expanded version of The CARP Poll Report on LGBT issues and RRIFs.