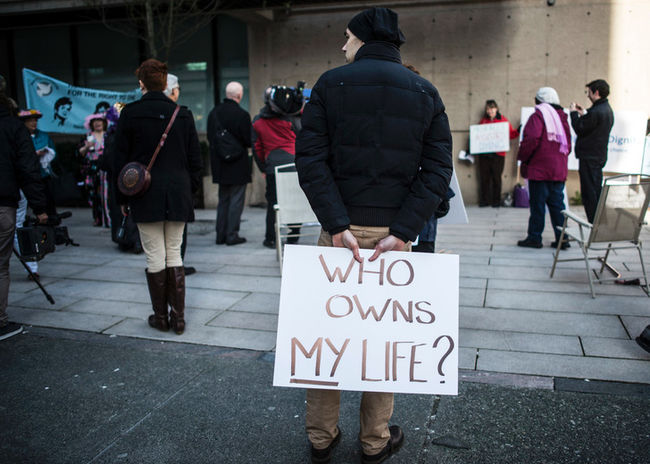 Canada’s Assisted Dying Law begs for clarification. According to a recent article in Maclean’s Magazine:

“From the time it was introduced last spring, one of the most contentious aspects of the federal government’s assisted dying legislation was the requirement that in order to get a doctor’s help to end their lives, a patient must not only be suffering from a “grievous and irremediable” medical condition, but their natural death must be “reasonably foreseeable.”

But what is “reasonably foreseeable”?  Six months? Six years? And where does this leave patients suffering from diseases like Parkinson’s or ALS, conditions that can cause years of intolerable suffering before death? Many patients are no better off than before the law was passed.  Ruth Duffin, who suffered from Parkinson’s, believed the new law excluded her so she ended her life in a Swiss Clinic.

Because the law is new, grey areas are inevitable; some physicians are simply not comfortable with its legal and moral complexities.

Nino Sekopet, Dying With Dignity Canada‘s Personal Support Program Manager, claims the law leaves many suffering individuals without recourse to medical assistance to die.  “Doctors are unclear about the timeframe around reasonably foreseeable natural death; as a result patients are denied access to the peaceful deaths they seek.”

CARP continues to advocate for excellent end-of-life care and medical assistance in dying.  “Like support among the general public, more than eight-in-ten CARP members polled support medical assistance in dying. Grievously ill Canadians want and deserve control over the nature and timing of their deaths.” said CARP’s VP of Advocacy, Wanda Morris. “CARP’s philosophy on the subject was also defined by President Moses Znaimers  in Whose Life is it Anyway?

Canada’s assisted dying law was a first step towards alleviating end of life suffering, but it is clear more work remains to be done.

To read the entire article in Macleans Magazine click here.